This week, we talk to the coach and a few members of a 7-0 Stone Bridge team about the pressure they feel to remain undefeated. We also recap one hell of a game between Chantilly and Centreville.

When I was learning about probability in high school, my teacher asked us a question about gambling. I thought it would be right up my alley, but I was wrong. (Which is why I always lose money in Atlantic City. But that's neither here nor there).

If I'm in Vegas and I've already rolled six 7's in a row, what would the probability be that I would roll a seventh? I considered the chances of rolling seven 7's in a row rather slim, so I reached for my calculator and started to work it out. Whatever I came up with was wrong, because when you've already rolled the first six, you're not betting on rolling seven in a row, you're just betting on rolling the next one.

That is exactly how Stone Bridge Coach Mickey Thompson thinks about going undefeated. Currently the Bulldogs sit at 7-0, and have just a handful of games left before the end of the regular season. But Thompson isn't thinking about his team going 10-0, he's just focusing on rolling that next 7.

"You want to be peaking at the right time," he said. "We just need to be getting better and better, and if we're doing that then hopefully we won't lose."

Coach Thompson has done an excellent job of instilling that same attitude and mentality in his players. I spoke to two Stone Bridge seniors, Rob Burns and Spenser Rositano, who echoed the coach's sentiment.

"We just try and take it game by game," Burns said. "Win every single game and get better as we do it."

"We always come out like it's our first game and our last game coming into every game," Rositano said. "We just always get each other pumped up and riled up and play for each other."

Stone Bridge isn't focusing on an undefeated season, because that isn't their goal. It might be nice for the fans, but Coach Thompson reminded me, "We're here to win championships."

Even if the locker room doesn't get caught up in the commotion of an undefeated season, those around them aren't always able to remain as composed. The fans, the families, the students all see the possibility of an undefeated season. The Stone Bridge players might be trying not to get caught up in it, but it's not like the possibility doesn't exist.

"Yeah, it's that expectation," Burns said. "That tradition to be unbeaten."

So far Stone Bridge has done an excellent job responding to that pressure. Only one of its seven victories (a 7-3 win over Westfield in the first game of the season) was close.

Maybe I'm doing them a disservice by talking about them as being undefeated. it seems to detract from everything that Coach Thompson is trying to instill. As Andre 3000 once said, "No looking back, spaceships don't come equipped with rearview mirrors." Sure, it sit sat 7-0 now, but those games are in the past. Coach Thompson and the Stone Bridge Bulldogs are looking ahead.

The Bulldogs don't need to go undefeated over the course of a whole season for it to be considered a success. They just need to be undefeated every time they take the field. it might not seem like it, but there's a big difference.

We're going to forgo the traditional Varsity News layout so I can I have all the space I need to accurately describe what happened at Centreville High School in Clifton, Va., last Friday.

It seems like every week I come in here and say that I witnessed a game or an atmosphere that I have never seen before, and then the next week always seems to top it. That streak ends today. Nothing is going to be more unbelievable than the second half of the game between Chantilly and Centreville.

We'll get into that in a little bit, but let me just provide a little bit of background about why this game was so special. You only have to travel 4.6 miles over two streets to get from one school to the other. They have always been rivals, and this game has always meant something. Even when Centreville was going through hard times (they were 3-7 last season) this was a contest of note.

It became even more heated when Centreville hired Chris Haddock as its head coach this past winter in an effort to work themselves out of those hard times. Haddock graduated from Chantilly in 1988 and was an assistant coach with the program for 10 years. To the Chantilly fans and families he is a traitor; to Centreville, he is a savior. 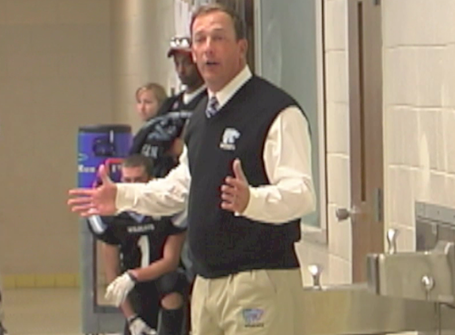 In his first year at the helm Haddock has managed to pull off one of the greatest phoenix acts in recent memory. From the ashes, Haddock has built a team that already has twice as many wins as it had all of last year. Its 6-0 record heading into the game against Chantilly is even more impressive when you consider that its entire roster only consists of 41 players, less than half the size of some of the other schools in their division.

None of that, however, concerned Chantilly. It was too busy protecting its own undefeated record to get caught up in the Northern Virginia feel good story of the year.

Okay so let's just recap the story lines here: Two natural rivals, both undefeated, one being led by a new coach that spent his formative years both as a person and a coach at the other. Oh, and did I mention Centreville would be honoring the 10-year anniversary of its 2000 state championship? Because it was doing that too. But other than that I think it was just a normal football game.

It was a game that actually started off relatively slowly, and stayed that way until midway through the fourth quarter. The teams were tied at 7, and both were finding it hard to get anything substantial going offensively. The real excitement started with about four and a half minutes to go in the ball game.

Chantilly marched down the field and scored a rushing touchdown, but a missed extra point gave it only a 13-7 lead. There was plenty of time for Centreville to score a touchdown of its own but I hadn't seen any evidence that it would be able to put a drive together to pull it off. But there was no reason it should have been 6-0 either. Coach Haddock had them believing anything could happen.

Centreville started to march down the field, but the drive stalled around the 50-yard line. Centreville faced a long fourth down with about three minutes left with the game on the line. Its attempt to pick up the first down fell incomplete, but while the Chantilly sideline celebrated what appeared to be a victory, a flag flew to the feet of the intended receiver. Pass interference on the defense, automatic first down. It was not over yet, not by a long shot.

A few pass plays later and Centreville found themselves inside the Chantilly 10-yard line with plenty of time to score the game-tying touchdown. On the first three downs Centreville was unable to advance the ball past the eight-yard line. Another fourth down to decide the game, but this time Centreville had to get the ball into the endzone. Again, the pass attempt fell incomplete and the Chantilly sideline began to erupt. But again, a flag interrupted its celebration. This time it was roughing the passer, half the distance to the goal line, another automatic first down.

A few plays later a lob pass into the corner of the end zone found its target and tied the game up at 13. Centreville was now just an extra point away from winning in the most improbable of fashions. But it pulled a Dallas Cowboys and earned an unsportsmanlike conduct penalty for excessive celebration following the score. On a windy and cold night that fifteen yards made all the difference on the point after attempt. It sailed wide and the stadium fell completely silent. Well, half of it anyway. I put another tape in my camera and got ready for overtime.

The high school overtime rules in Virginia are similar to college in that teams get alternate, untimed possessions. The only difference is that the possessions start at the 10-yard line, which makes an already exciting extra frame even more exciting. 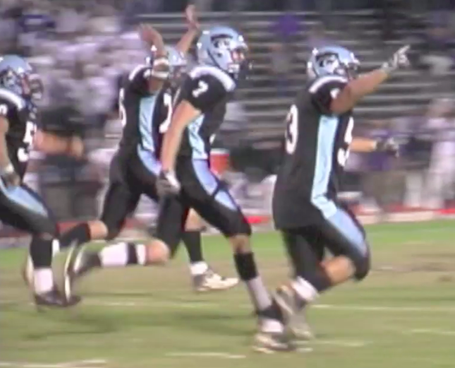 Centreville got the ball first and scored quickly. A celebration, albeit a more reserved one, ensued. But again it failed to convert on the extra point attempt. When Chantilly got the ball back and scored even faster it was now in the position of being an extra point away from victory. But again, the kick sailed wide. Double Overtime.

In the second extra period Chantilly scored quickly again and managed to put the PAT through the uprights. Centreville would need seven points this time to keep the game alive.

When it scored a touchdown and had the opportunity to put the game into a third overtime, there was no hesitation by coach Haddock before he sent his offense back onto the field to go for two.

Everyone on the field knew the ball was going to Manny Smith, Centreville's running back who had carried the team all year. But it had been rough sledding for Smith on this night, and he had failed to make a real impact on the game to this point. But if he could just get into the endzone here, all would quickly be forgiven.

Smith received the handoff and started toward the right side of the formation. He was hit in the backfield but he kept his feet churning, and on maybe his third or fourth effort, he was able to extend the ball across the goal line.

It took a second for the official to signal that the attempt was good, but as soon as his hands went into the air bedlam broke out on the field. The Centreville students (and I believe I saw some parents peppered into the crowd as well) rushed the field and celebrated for a good 20 minutes. 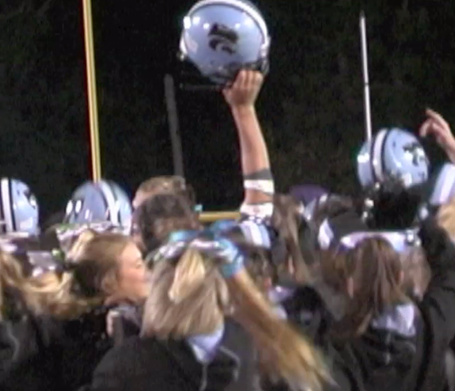 Centreville improved to 7-0 (which must have been unthinkable heading into the season), and it did so with the most incredible victory I've ever seen - even including all the Friday Night Lights I've watched.

Hopefully you can see why I decided to spend so much time talking about this contest. The circumstances, the rivalry, the implications, the outcome and, more importantly, how we got there, all this embodies everything that makes high school football so great.

This Week's Game To Watch:

Quince Orchard at Seneca Valley in a matchup of teams I've seen lose to DeMascus this year.

But don't let that fool you. These are still two of the best teams in Montgomery County and this will be a very competitive and well-played game.