We're about eight weeks into the high school football season, and we at Varsity News feel like this is the perfect time to start ranking these teams. Here are the top ten teams in the area, starting with Rob Burns and Stone Bridge

I've never been a very big believer in ranking teams before they play a game. The only thing that does is create a bias for how you feel the teams should be performing throughout the year. If a team doesn't play as well as you anticipated, then suddenly they are "disappointing," when maybe they just weren't very good to begin with. On the flip side, if a team comes out of the blue and plays well, they often don't get all of the credit they deserve.

We're just about eight weeks into the high school football season, and I think this is the perfect time to begin ranking the teams. We've already seen what these guys have to offer. We know who they are. We know how they stack up against one another. So without further adieu, the first SB Nation D.C. area high school football rankings of the year.

Stone Bridge High School is without a doubt the best team in the area. In Week 1, it showed some growing pains in a 7-3 victory over Westfield, but ever since then they have been absolutely unstoppable. In their last seven contests, they have outscored their opponents 351-40. The number of games in which their opponent reached double digits (2) is equal to the number of shutouts they have over that time frame.

On offense, they are led by Marcus Harris, who has over 1,000 yards and 16 touchdowns so far this season. Rob Burns, an enormous defensive end that has committed to play at the University of Virginia, leads their defense.

The biggest game that is still on their schedule is against McLean, who is also 8-0 but hasn't had the same type of dominating season that the Bulldogs have put together. They have a great shot to finish undefeated after the regular season, but as Coach Thompson told me, he'd rather win a state title. 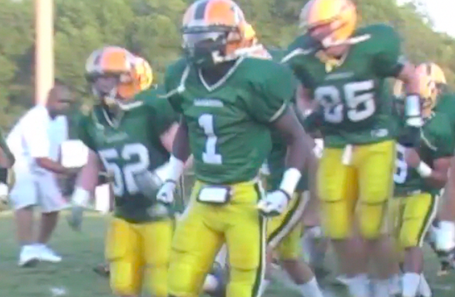 I've seen Damascus play twice in person, and both times they've needed to make a comeback to earn a victory. They played two excellent teams in those games (Seneca Valley and Quince Orchard) but they still didn't have the type of dominating performances that you might expect from a top team in the area.

But while those victories might be seen as a bad thing for Damascus' reputation, it actually improved its spot in these rankings. Some of the undefeated schools on this list have been thoroughly dominant, but I respect Damascus' ability to win a game in which they faced some adversity.

There won't be any more romps when you get to the postseason. The games Damascus will play on the way to the state title will resemble the games it had to come back to win more than any game where it could just run away and hide. This is a team that is built to beat other good teams, not necessarily just to feast on the weaker ones. This is not a team I would want to see on the schedule when there is something on the line.

Colonial Forge is the best team that nobody really talks about. I guess that is because it takes an hour on I-95 south to get to Stafford from D.C., so they don't get a lot of air time. But just because it's on the outskirts of being considered the D.C. area doesn't mean they should be taken lightly.

The Eagles have scored at least 35 points in each one of their eight victories this year. What is more impressive, though, is that there have only been three times this year that their opponent has managed to score half of the Eagles total.

They are led by the Frohnapfel brothers that I wrote about here in Varsity News a couple weeks ago, as well as defensive back Tim Scott, who has committed to play next year at North Carolina. Their last two regular season games are against teams that they should have no problem with. I can almost guarantee that they will be undefeated when the regular season ends, and smart money is on them staying that way through the state playoffs.

It's hard not to think highly of a team when they have a better chance of scoring 50 points in any given game then they do of falling short of that total. So far this season, the Wildcats have hit the half-century mark in five of the eight games they have played.

But I think my favorite thing about Arundel is that they have played all eight of their games in conference. The Anne Arundel County League has so many teams that there is simply no room on anyone's schedule for anything out of conference.

A lot of teams on this list have played out of conference games that look good on their schedule, but don't ultimately affect the league standings at the end of the season. Even if they win them, there is a different type of pressure on those games then there is on league games. Every single game that Arundel has played has been important to their chances to win the division. Every game they've played is a must win, and they've showed up every game. 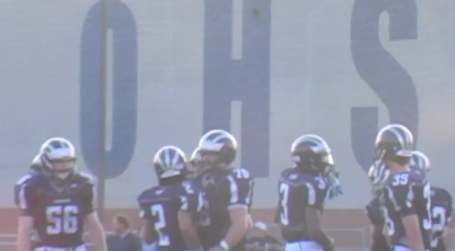 Osbourn has the most wins of anybody on this list, and they also have arguably the best player. Dominique Terrell has accounted for nearly 35 touchdowns for the Eagles this year as their dual threat quarterback. That's more points then a lot of the teams in the area have.

The only problem with the Eagles is that they haven't played as strong a schedule as some of the teams I have ranked ahead of them. I can't totally discount what they've done -- there is something to be said about beating every team on their schedule -- but it means I can't put them any higher then fifth. 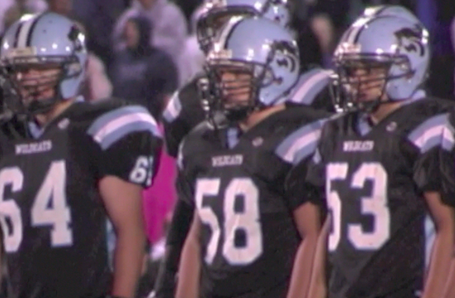 If you've been reading Varsity News, then you read the novel I wrote about Centreville last week. There isn't really anything I can add to that this week, other than the fact that they have won the game they've played since I saw them last.

Their turnaround is the reason they are ranked so highly on this list. I try to be as objective as I can, but I think I have a little bit of a soft spot for Coach Haddock and the Wildcats. Sue me. 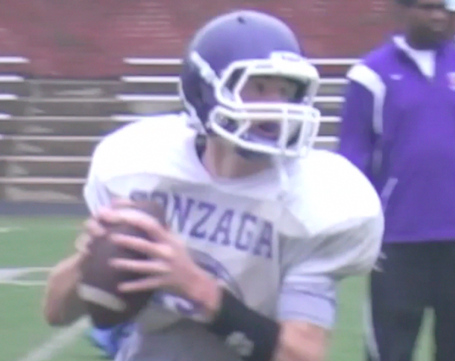 Gonzaga has had to play in the shadows of the two major powers in the WCAC for as long as I can remember, but this year they have grabbed the spotlight. Under first year head coach Aaron Brady, the Eagles have already won more games they have all of last year.

Kevin Hogan, a big-armed quarterback who will be playing for Stanford next year, is probably the best drop-back quarterback in the area. He isn't the only reason Gonzaga is good, but he is their engine. If they are able to hold off DeMatha and Good Counsel (whom they happen to play on Saturday), it will be one of the more surprising results of the year. 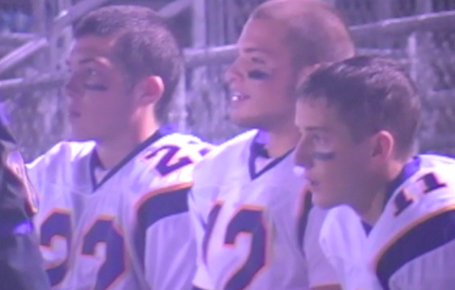 On some days, Lake Braddock looks like an incredibly powerful offense, boasting the best quarterback and wide receiver combination (Michael Nebrich and Matt Zanellato) in the area. On other days, they seem to struggle to get the ball into the end zone.

If they played the way I know they are capable of every week they would be one of the top teams on this list. But their inconsistency has them at eighth. Keep in mind they are still a very good team, and No. 8 in the area is nothing to scoff at. But they aren't as high as they have the potential to be. 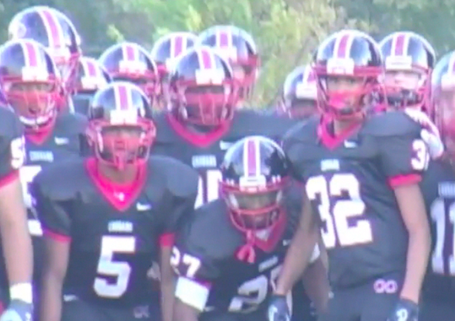 Ever since Quince Orchard lost to Damascus in the first game of the season, it has been on an absolute tear. Its last game against Seneca Valley was the first time in five weeks that it was unable to score 35 points.

Damascus is obviously a very good team, so a loss to them is better than a loss to another school would be, but it is still a loss. 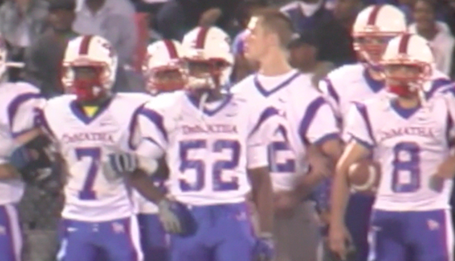 If I were making this list in the preseason, I would have put DeMatha at the top of it. I probably would do that every year if I were to compile such a list. But it's hard to look past its two losses.

I've seen them play in person, and I know that on any given day they can beat every other team on this list. So I have to include them at some point. But with the two losses the best I can do is tenth.