We keep track of all the important high school sports news as the football playoffs rapidly approach. We also talk to Blake and Eric Frohnapfel of Colonial Forge, two twin brothers that are a big part of the Eagles' success.

The most important thing a quarterback and his receiver can share is chemistry. They have to know what each other is thinking in any given situation, and how they will choose to attack it without so much as a knowing glance. The best way to develop that type of chemistry is to work at it. Either during practice or on their own time, repetition breeds familiarity.

Nobody has had more repetition then the Frohnapfel (pronounced Fro-n-apple) brothers of Colonial Forge High School in Stafford, Va. Blake, the starting quarterback who has committed to play for Marshall next year, and Eric, the tight end/defensive end who will playing at West Virginia next year, are twins who have been working on their on-field relationship since they were old enough to throw a football.

"Sometimes it's scary," Colonial Forge coach Bill Brown said. "They are on a wavelength that nobody else is included on, and that's including the coach.

"Family dinners are ... quiet," Eric said, "but when we do talk it's always about football. My mom gets upset because she wants to hear about school, but we're always talking about football." 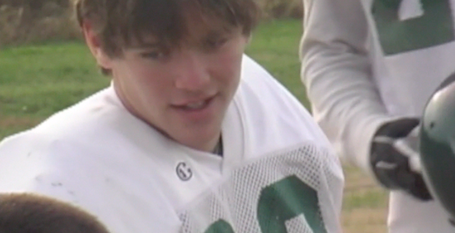 Eric has caught five of Blake's 14 touchdown passes this year, leading Colonial Forge to a 9-0 record thus far this season. It helps that Eric is 6'6," but it's their knowledge of each other that allows them to be so successful on the field.

"The connection we have on the field is special," Blake said. "Not many kids have that chemistry with their receiver. I've been working with him my whole life." 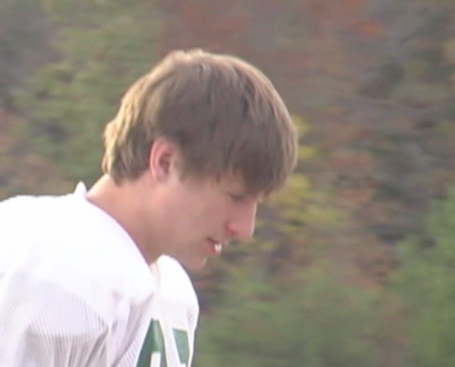 The only time the brothers disagree is when they talk about who is going to win in the in-state match up between West Virginia and Marshall next year. But once that argument gets old, they return to football and how they can help Colonial Forge win a state championship. And if they are able to reach that goal, it will be the play of the Frohnapfel brothers that is much of the reason why.

"I don't know how you coach that," Brown said, "That's just something we're blessed to have."

The game between Good Counsel and Gonzaga last Saturday had some pretty serious implications. Gonzaga was leading the WCAC with an undefeated division record, while Good Counsel was tied with DeMatha a game back. Both teams had games remaining on the schedule, but none that presented much of an opportunity to move up and down the standings.

A win for Gonzaga all but assured that they would enter the playoffs with the top seed, while a Good Counsel win would likely mean that the top seed would be awarded by a random draw. If possible, it's always best to control your own fate: you never want to leave it up to chance.

With Gonzaga leading by 10 points, it looked like they was going to finish the conference season undefeated. But then came the one play that turned the tide in favor of Good Counsel.

The Falcons were facing a fourth down in Gonzaga territory and needed six yards to get a first down. On the first effort by quarterback Zach Dancel, who had received the snap as the up back, it didn't look like they were going to get it. But Dancel turned and pitched the ball to Kyle Hamby, the punter who wasn't aware that he was going to be part of that particular play. When it was all over Hamby had rushed for the six yards they needed for a first down and another 27 for good measure.

After that play, Good Counsel went on to score 28 unanswered points, and walked away with a 50-32 win that was a lot closer then the final score would indicate. Now Good Counsel has likely earned a 33 percent chance at the top seed in the playoffs, when it seemed like they would have to settle for second place at best just moments before the fake punt. Pretty effective play call if you ask me.

Mono is one of those things that I think I just have the wrong attitude about. I've never had it so I don't really know a lot about it. But on the outside it just seems like you get to hang around for a month and miss school/work and catch up on your favorite shows. Part of me knows there's a downside to it, but not enough to dissuade me from secretly wanting to catch it. But my stupidity isn't the player of the week. The player of the week is Jack Gordon of Arundel.

Mono was the reason Gordon was on the field last weekend. Arundel's normal starting quarterback, Nick Rosati, was missing his first game after being diagnosed with mono the week before. So while he was home catching up on the third season of the Wire (presumably), Gordon was filling his starting spot for an undefeated Arundel squad that was heading towards the playoffs.

Meade, sitting at just 4-5, proved to be a good first opponent for Gordon. He passed for 198 yards and three touchdowns, and added another 119 on the ground. But more importantly, he responded to being put into a tough situation by not throwing any interceptions, the mark of an inexperienced quarterback.

The quarterback situation for Arundel is now pretty uncertain as the playoffs approach. Will Rosati finish the Wire in time to return to the Arundel sideline when they enter the state playoffs, or will it still be up to Gordon to carry the Wildcats as far as they intended to go before this whole thing became an issue? Either way, Arundel seems to be in good hands, even if some of them are contagious.

We talked about how dominating Stone Bridge has been when we ranked the top ten teams in the area last week. You know their history, you know what they've done, and you know they haven't played a close game since the very first of the year.

I thought maybe that streak would come to an end this past weekend. Not that they would lose, but that they would face a better test then they had so far this season. I thought that because they were playing McLean, who themselves entered the game at 8-0.

This was supposed to be an important divisional matchup between two teams that appeared to be on the same level. When the two teams took the field last weekend, it was anything but. Stone Bridge mopped the floor with McLean to the tune of a 38-0, with all 38 coming in the first half before coach Mickey Thompson decided to call off the dogs in the second.

If there was any doubt in naming Stone Bridge the best team in the area and labeling the presumptive favorite in the state of Virginia, you can lay those fears to bed. Stone Bridge is continuing to dominate everyone on their schedule (undefeated or whatever the opposite of that is called) and they don't show any signs of slowing down at this point in the season.

This is an announcement that comes as a great disappointment to me. I've been following Quinn Cook since he started lighting it up at DeMatha. He was going to be the first guy that I had interviewed on a few occasions that I could follow all the way to the NBA. Living vicariously doesn't even begin to describe it.

Then he transferred to Oak Hill this summer. I was a little upset about it because I wouldn't get to watch him anymore, but I can't blame a kid for doing what is best for him. And Oak Hill is badass, so that's fine too. But Cook put the final nail in the coffin on Thursday.

Cook verbally committed to play at Duke next year. I went to the University of Maryland. This relationship is over.  And, yes, I'm taking this personally.