The Selling Of A Town: The Nationals' Phenom And Strasburg, Va.

The 'Rename Strasburg" project appears at first to be another funny Internet meme. But behind the humor, it is serious business pushing the project forward.

Share All sharing options for: The Selling Of A Town: The Nationals' Phenom And Strasburg, Va.

By now you may have forgotten all about Strasburg, Va. The small town's pitch to rename itself "Stephen Strasburg" was good for a quick chuckle, and then was quickly relegated to that part of the brain where Keyboard Cat and other viral sensations reside.

It was cute that a small town wanted to rename itself after our newest national treasure. It came even more amusing when I learned that most of the town wouldn't even be able to watch Stephen Strasburg's debut, since local cable company doesn't carry MASN or the MLB Network.

But, it turns out that bringing Strasburg to Strasburg is serious business. Strasburg is a town that is facing some serious problems; and a visit by Stephen Strasburg could help solve some of those issues, if only indirectly. 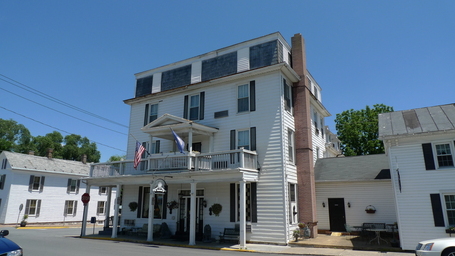 Strasburg, Va., is approximately an hour and a half's drive away from D.C. To get there, you drive out I-66 west until you can't drive any further, hop onto I-81 for one exit, and you've arrived in a small town in the northern Shenandoah Valley. It was there, on the day of Stephen Strasburg's debut, that I met with Justin Ritenour, the councilman behind the "Rename Strasburg" project, and the youngest official to be elected in the Commonwealth of Virginia.

Ritenour is flushed after driving back from D.C. after filming an appearance on ESPN's First Take. In fact, one of the most surprising things I would discover that day is how I was the only "media" in Strasburg that day. I expected to find at least two film trucks and other photographers  taking pictures of the town. But, as far as I could tell, I was the only person who had journeyed out to Strasburg that day. 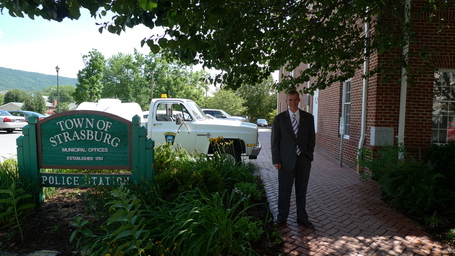 The "rename Strasburg" project was by no means a small undertaking that happened to catch the eye of the blogging world and explode from there. It was a project designed by the town council and ESPN writer Shane Igoe, launched to bring maximum attention attention and focus to the town. As to how the project started:

Well I think it was luck. A lot of if was luck. And you know, a lot of it was perfect timing. I followed Stephen and I watched this up and coming star, and the first thing I noticed was that was spelled and pronounced exactly the same way our town is spelled and pronounced And I thought, how interesting. I didn't think much of it then, but then I had a reporter from ESPN in Los Angeles contact me, he had sent in a Pride of Strasburg recognition form to our town manager. And from there we built upon some ideas and the reporter made a few suggestions and we kind of decided what do we want to do.

As a public official it's a two fold effect, we must look at everything as a benefit to the community we are representing regardless. So the mayor and I, and the town manager, and the town planner had a meeting, and this happened so quickly, and I even made the comment on ESPN that it took longer for the message to get down the street than it did to get across the United states. It happened that quick, it really did (snaps fingers) next thing you know Yahoo Sports, and ESPN. 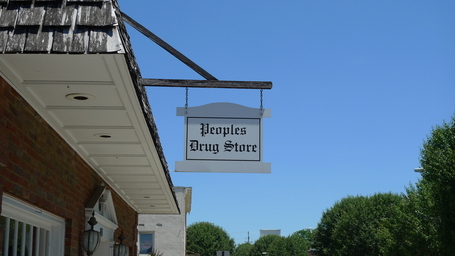 The result, to Ritenour was surprising. He had expected some buzz from project, but hadn't expected it to take off as quickly as it had. Further, he views the project as one of equality, and one that will bring as much attention to Stephen Strasburg as to the town of Strasburg itself:

I was not surprised because the reporter, Shane Igoe, brought up a rename Strasburg website, it was on Facebook, but I never realized even with that out there that it would circulate so quick. By the time I dropped my keys on the floor, everyone knew about it. But it was nice to see in a way because its going to give Strasburg a name and  its going to give Stephen a name as well, more so than what he has, which is already pretty impressive for a 21-year-old.

This leads us back to the question of what the benefit for Strasburg may be. It's nice to have your town mentioned by ESPN and Yahoo!, but that doesn't really provide any tangible benefits. The idea, in Ritenour's mind, is that once you get a person out to Strasburg, you can sell them on the area. More importantly, it would help restore pride in Strasburg's residents.

Well I'll tell you what, there are a lot of Nationals fans who are here, but there are a lot of Nationals fans who would potentially visit. We view this as a possible economic boost for our small businesses. There are a lot of great small businesses around here. There are also of great activities around here. We have the Shenandoah river, we have many hiking trails. ... GW National Forest is right over the the mountain. We have so many opportunities. And Stephen and the Nationals being in that environment, it's hectic, it's hustle and bustle. You come out here and things do slow down. They slow down to a pace, I hate to say this, but its like Mayberry. The town is  Mayberry over I don't how many times. So having Stephen out here would not only provide a good economic boost for us, but also remind our citizens of how special we really are, seeing that there are other people who would be so impressed coming out here to see the valley and the mountains, the tree lined streets and the historic homes and the historic district we have. 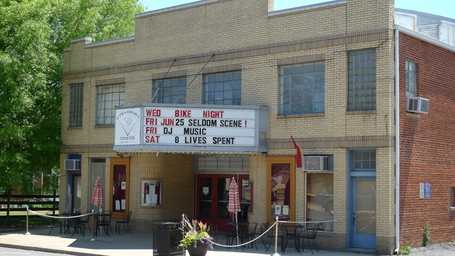 This quote from Ritenour gets to the heart of the issue. Strasburg, in his words, is a "bedroom community," and Ritenour doesn't mean that as a compliment. Strasburg is slowly transforming into a town of commuters who purchase a second home in the town, and only visit on weekends. They sleep there, but most of their money is spent either around their primary residence, or in the other towns surrounding Strasburg. Without a steady base of taxpayers, Strasburg does not have the jobs to entice its younger residents to remain in the community.

A visit by Stephen Strasburg could change that, by demonstrating not only the dynamic nature of Strasburg's town government, but proving to both its part time residents as well as its younger constituents that it is a worthwhile place to spend some time in.

Strasburg is in that position right now. We don't want to see more homes, we want to see more businesses and more jobs. Kids my age are going to register for college, come back here, there are going to see that there are no opportunities, and they are going to leave. Then you're going to get nothing but people who commute and then there is really is no town because everyone that is here is not from here because the older generation have passed away and their children aren't living in this area... and we are going to lose volunteers because people aren't going to know what Strasburg is about, what opportunities are here for them. People will become totally disconnected. 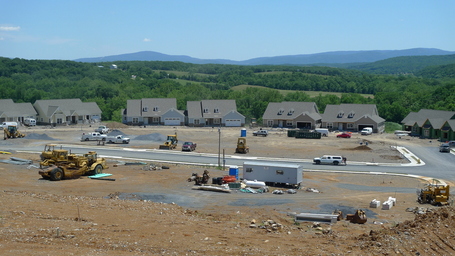 It's not necessarily a bad thing. I think Stephen has shown the baseball fans of the US and the American public that he is an outstanding young man for what he has accomplished and I certainly think that that alone is remarkable and should be boasted upon. The whole point of this is to bring attention to him because the thing that I recognized right off the bat is his age and what he has done so far and that reminded me somewhat of myself.  It reminded me of me, and it reminded me of why I wanted to do this. I think that where Stephen becomes important, is that the youth population has also been set to a certain standard - well you have to wait until you're X age and til you're really experienced and I think that both Stephen and have both proven that to not necessarily be true.

I'm not sure that Stephen Strasburg is going to solve the problems of Strasburg, Va. One athlete, no matter how popular, is unlikely to cause a major demographic change in a region. Most likely, he will not be factor in luring industry back to the Shenandoah Valley.

But "Rename Strasburg" is a step in the right direction for a place like Strasburg. It shows a willingness for officials to think outside the box and a pride in place that often seems missing from many towns and cities.

It is up to Stephen Strasburg as to whether he wants to to visit the town or not. But I can tell him, they throw a pretty parade, and you get to ride in the back of a firetruck. The firetruck is the part that would sell me. 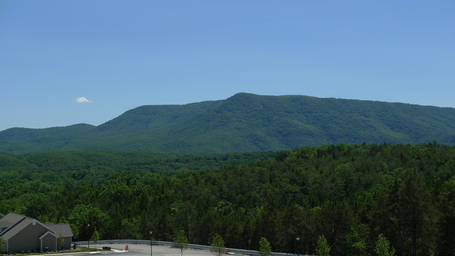 All photos by Sean Fagan.