That Was Close: Maryland Makes The Right Choice By Staying In The ACC

It appears that Maryland will forgo major conference realignment to stay in the ACC. Out resident Maryland alumnus explains why this is the right "move" for the Terps.

Share All sharing options for: That Was Close: Maryland Makes The Right Choice By Staying In The ACC

Over the weekend, the sky almost fell. Nebraska and Colorado left the BIg 12 to join the Big Ten and Pac-10 respectively, and until Texas decided to save the Big 12 (don't act like it wasn't completely up to them), it seemed like those moves would set off a chain of events that would totally reshape the conference landscape.

The Big 12 was dying, the Big Ten and the Pac-10 were growing, and the other conferences were scrambling to figure out their own futures. For a while there, it looked like the ACC would be one of the conferences that would undergo a massive shift, or dissolve completely. As a result, some of its members started to explore other possibilities, albeit mostly in a theoretical sense. 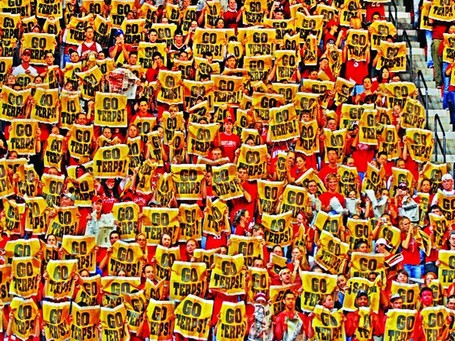 Even though all of these deliberations took place behind closed, locked and dead-bolted doors, some rumors of potential movement began to surface. The one school that seemed to be destined to make a move was the University of Maryland. In fact, this article on CollegeSportsinfo.com that was updated on Monday, still lists Maryland as a school "likely to trigger potential moves, or rumored to be on the move themselves." It was the only ACC school that was given that distinction.

All of the rumors that included Maryland had the Terrapins joining the Big Ten with schools like Rutgers, Syracuse, Pittsburgh or Notre Dame to expand the conference to 16 teams. However, now that the Big 12 is not going to dissolve, the rumors about Maryland moving on have ceased, and the Terps appear set to stay in the ACC.

As a graduate of Maryland and an enormous fan of the Terps, I couldn't be happier that all the rumors have amounted to nothing, and that the team is going to stay in the only conference that seems right for them. 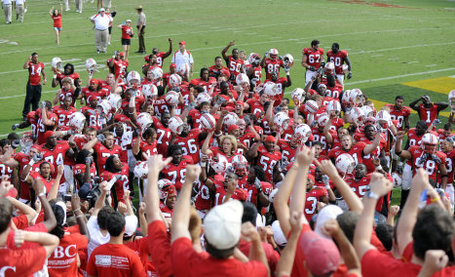 The biggest advantage of staying in the ACC is that the rivalries Maryland has cultivated over the last half-century will remain intact. The main picture that accompanied this article is from Maryland's home upset of Duke this past season. I don't think Maryland fans would trade all of the fiscal opportunity that came with potentially joining the Big Ten for just that one win over the Blue Devils last year (You can't riot after a win over Michigan, it's just tacky). Long college seasons are defined by the games against the school's big rivals, and a move to the Big Ten would mean leaving those most hated opponents behind.

The main reason I'm glad Maryland decided to stay in the ACC is that it shows some consideration for sports other than football. Everyone knows that among collegiate sports, football is by far the biggest bread winner. Which means that most moves that concern collegiate athletics, including the recent realignment discussions, were inspired by the money the football team could make.

But Maryland is more than just a football school. In fact, I hesitate to even call us a football school after last season's abysmal 2-10 campaign. Our basketball team is probably the school's most recognizable, and while they may not be as profitable, its the soccer and lacrosse teams that are the university's most successful. These teams will never make money like football does, but it's nice to know that their success has earned them some respect from the higher-ups. 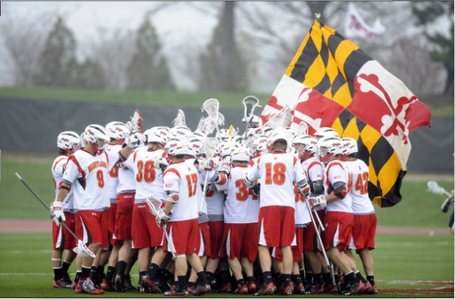 There's more money to be made elsewhere, but the heart of the school's athletics program lies in the ACC. I'm glad that's where Maryland has decided to stay.