Varsity News: That's It And That's All Edition

The last high school games of the 2009-2010 season were played this past weekend. Jordan Ruby gets you caught up on all the action you missed, and previews what you can expect from Varsity News during the long summer off.

Share All sharing options for: Varsity News: That's It And That's All Edition

That's it everybody, time to close up shop. The 2009-2010 high school athletic year has officially drawn to a close. All of the region's state titles have been decided and the post season awards bestowed. Until summer football practice starts in a few months, there won't be any actual games to cover. But we're not done here, not by any means. The fall season is coming faster than you think, and we have all summer to get you ready. Here are some things to look out for from Varsity News in the coming months.

-Inside The Rivalry: Rivalries define the programs that take part in them. We'll take a look at some of the biggest in the area; how they have helped shape the area sports scene and what to expect in the coming season.

-Coach Interviews: While players come and go every four years, a coach is the face of a program throughout their tenure. We'll talk to some of the biggest coaches in the area and find out what we can expect from their squads this Fall.

-Football Previews: Starting midway through the summer, we'll start looking at the top teams; breaking them down in depth, one-by-one. By the end of the summer, you will be so excited for football season, your head will hurt. I apologize for that ahead of time.

But lets not get ahead of ourselves, there were still some Virginia state titles to award this past week. From the top... 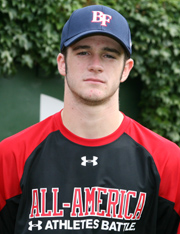 The build up going into this weekend's Virginia state championship games was incredible. It resembled a movie script more than it did a high school baseball game.

Last week's Varsity News Team Of The Week was the Woodbridge baseball team, whose undefeated record had them looking every bit of an "immovable object." They would face West Springfield ace Bobby Wahl, The Washington Post's All-Met Player of the year, cast as the "unstoppable force."

The game turned on two key at bats. In both the fourth and sixth innings, Woodbridge had the bases loaded with two outs, and their own All-Met player, Tyler Thomas, at the plate. Both times Wahl struck him out. I mean, you just can't write this stuff.

Wahl struck out nine, and added three RBI of his own in a rather thorough 10-2 win. (In my best Chris Berman voice) I know, because I was there. Check out this video I did for the Post on the Great Wahl Of West Springfield (sorry, forgot to turn this thing off).

Wahl was drafted in the 39th round of the recent MLB draft by the Cleveland Indians. He was considered by most an early-round prospect but dropped because he has no intention of pursuing a professional career straight out of high school. He will attend Ole Miss next year and aim to improve his draft stock.

The cajones it took to strike out a fellow All-Met player with the bases loaded twice, earned Bobby Wahl the first ever doubled up, Performer and Player Of the Week award(s). 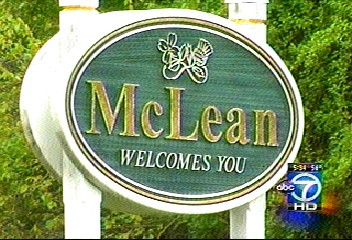 (Can you believe there aren't any (free) pictures of the McLean softball team on the Internet?)

Nut-Shell Stat: First State Champion from the Northern Region since 1995

Before their opponent for the state championship game was decided, it appeared that McLean's fate was out of their hands. The semi-final matchup on the other side of the bracket featured two teams, Madison and Lee-Davis, that would both be heavily favored if they moved on to face McLean.

Madison had already beaten McLean three times this season, and Lee-Davis boasted flame-throwing pitcher Kelly Heinz. When Heinz threw a perfect game in that semifinal to knock Madison out, the McLean girls, their fans, school officials, and anyone with a rooting interest must not have felt very good about their chances.

But the coaches had a creative solution. They broke out a pitching machine and cranked that bad boy up to 11, which is rock-n-roll for 65 mph. It's like when football teams are about to play against a scrambling quarterback so they make a squirrely wide receiver play QB with the scout team to prepare the defense. Its unconventional, but a lot of times it gets the job done.

For McLean, it got the job done to the tune of four runs off the Lee-Davis Hurler, enough to earn them a come from behind 4-2 victory, a state title nobody could have seen coming, and this week's team award.

Alan Goldenbach of the Washington Post takes a look at how many of the D.C.athletes that commit to play high level sports in college actually make it there, and how many fail to meet their school's academic requirements, making them ineligible to play. The numbers aren't so pretty.

According to the NCAA's National Letter of Intent office, which tracks all high school seniors and junior-college transfers who sign scholarship papers, 25 of 60 seniors who signed with Division I football, men's or women's basketball programs from 2004 to 2009 failed to meet NCAA requirements upon graduation.

The problem lies in the discrepancy between what grades qualify a student to play on their high school team, and the grades they need to be admitted to college. To remain eligible, a student athlete only has to receive a 2.0 GPA in the quarter before the season they wish to play. As Goldenbach points out, students will work to surpass that 2.0 GPA in the required quarter, only to stop trying completely the other 75 percent of the year.

Derrell Person, who played football at Coolidge, managed to stay eligible each football season by achieving the 2.0 GPA during the fourth advisory of the previous year. "Once I got that [2.0], I fell off," he said. "After the season's over, I'd stop. I'd just not go to class. . . . I spent four years in high school, but it wasn't until my senior year that I met with a guidance counselor.

This isn't true of everyone obviously, but its an alarming trend. The only solution appears to be some more stringent rules that force students to put forth a full effort year round to remain eligible, but there is no telling if that is even an option. 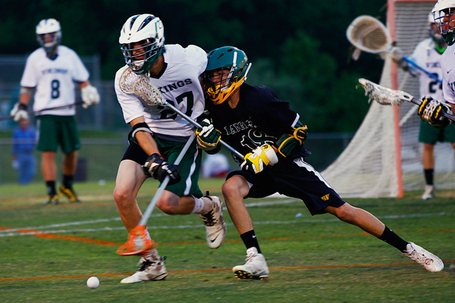 Langley lacrosse was our Performer of the week last week, and I'd like to think that inspired them when they took on rival Loudon Valley in the Viriginia State title game. Alright, so maybe they had some other motivation too. Loudon Valley had already beaten them once this season. Their loss in the regional final had people questioning whether or not they were strong enough to repeat. Oh, and there was a state title at stake, almost forgot about that part. Whatever it was, it worked. Langley wiped the floor (grass?) with Loudon Valley for a 12-5 victory that was much easier than a state title game against your biggest rival should be. I know there were a lot of sources of motivation for Langley in this one, but I'm taking at least most of the credit. You're welcome.

No games to watch this week, because there aren't any games left at all. 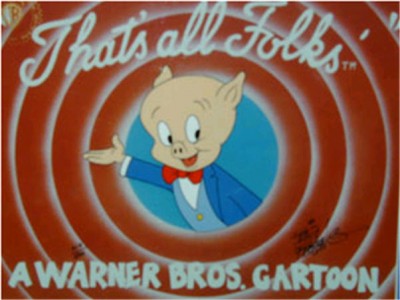