In Varsity News, we take a look at local area high school athletics, keeping you caught up on what you missed, and prepared for what you can't. The Spring season is coming to a close, and the state title tournaments are the only thing separating us from Summer vacation. We break down the important results below.

With Memorial Day comes the unofficial start of summer and the end of the spring season. That means three things.

1. No more good television. Its all "The Bachelorette" and "America's Got Talent" from here until football season.

Despite my excitement over Howie Mandel replacing The Hoff on AGT (thank god), we're going to focus on the Spring High School Championships.

The culmination of the Spring sports season helps mark the end of the school calendar and the beginning of Summer. its the culmination of an entire year's worth of hard work, and for seniors, its the last chance to leave a lasting imprint on a program while closing out a career. With nothing but a long summer awaiting those who come up short, the Spring State Championship tournaments are truly do or die.

Most of the tournaments in the state of Maryland and across DC have already come to a close, while those taking place in Virginia are just advancing past regional qualifying. We break it all down below. 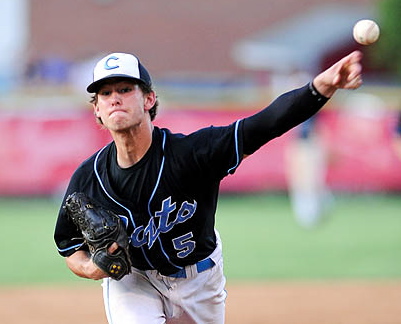 Centreville senior Ryan Ashooh returned on Friday to pitch in the first round of the state tournament after recovering from a virus that made him nearly immobile for a few days. Now, Ashooh had pitched a complete game shutout in five of the six starts before the injury, but this was only his first game back. Any rust he might have shown in his first game back would have been understandable if not expected.

But when Ashooh took the mound, he did something no one could have expected. He didn't just throw another complete game shutout. No, Ryan Ashooh threw a no-hitter in a 1-0 win over South County. He faced the minimum 21 batters, as each of the four batters he walked failed to reach second base; a double-play, a couple pick-offs, and assist from his catcher ensured none of the walks would come back to haunt him.

Ashooh's no-hitter is even more impressive considering he had little to no room for error. His opposing number, South County junior Evan Beal, was almost equally dazzling, allowing only two hits and a single unearned run. Unfortunately, Centreville lost to Madison in the Virginia 3A Northwest Regional quarterfinals, but that should take nothing away from Ashooh's performance 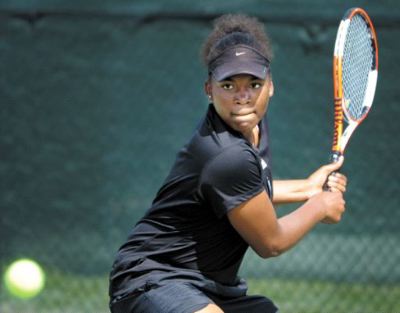 Over the past four years, senior Katelyn Stokes has been arguably the most dominating athlete in the area. On Saturday, she overcame leg cramps in the third set to win her second third career state singles title over Glenelg's Jordan Maisel 6-0, 4-6, 6-3. She finishes her Roosevelt career with only one loss in a singles match (the state final in 2008).

Stokes probably suffered those cramps because she simply wasn't familiar with playing that long. Saturday's match was the first time she has been forced to play a third set since she was a sophomore. 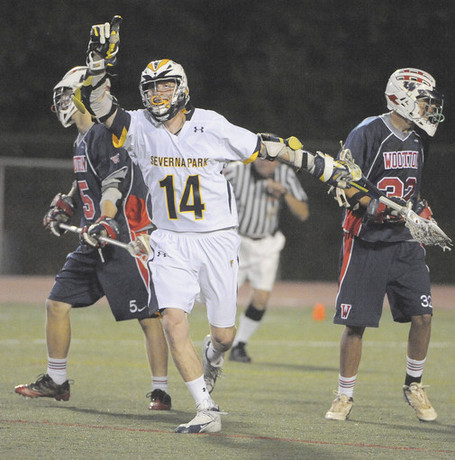 The Severna Park Falcons put the bow on an undefeated season last Wednesday with a 13-7 victory over Wootton in the in the 4A/3A Maryland State title game. The purpose of this award is to reward a team that's playing well; when you outscore you're opponents by nearly nine goals a game and finish undefeated, you certainly deserve the extra recognition.

The starting battery was the story in Broadneck's 11-1 victory over Sherwood in the Maryland 4A state final. Pitcher Kourtney Salvarola struck out 10, while catcher Adrienne Gebelle went 4-4 with three doubles and six RBI, helping Broadneck collect their second consecutive state title. Broadneck scored five times in the first and didn't let up until the game was called under the 10-run mercy rule in the bottom of the sixth inning.

The Congressional Bank Baseball Classic is a funny way of saying DC title game. It features the DC interscholastic, or public school champion, against a top area private-school, and is played at Nationals Park. There have only been three Congressional Classics, and St. Albans has beaten Wilson in each one; winning 2-1 on Saturday. This year, the Bulldogs won on, of all things, a walk-off fielder's choice. With the game tied at one and the bases loaded in the 8th inning, St. Albans catcher Duncan Taylor beat the throw to first on a potential double play ball that would have ended the inning, allowing the game winning run to score at first.

For most, a six goal game would be an exceptional, once-in-a-career type performance. For South River's Brooke Griffin, its just another day at the office. Last Tuesday, Griffin turned in those numbers while leading South River to a 12-10 win over C.M. Wright, and the 4A/3A Maryland State title. She finished the season with staggering totals of 102 goals and 47 assists in only 19 games played.

This Week's Games To Watch

Woodbridge puts their perfect record on the line in the Virginia AAA Northwest regional final.

The Viriginia State Lacrosse tournament is still being seeded, but we'll highlight the most important games when they become available.