Since breaking ground in 2006, Nationals Park has been a bellwether for the local economy. Experts remain divided on whether the park is a financial sinkhole, or an economic investment that will soon reap dividends.

It's a question that has been around almost as long as chicken or egg - do ballparks spur economic growth, or are they an indicator of a city that is ready for economic revitalization?

An article published in the Washington Examiner calls into question the urban renewal model most recently exemplified by Nationals Park. Four years after the original groundbreaking in 2006, Nationals Park, which was meant to revitalize the Anacostia waterfront, remains surrounded by empty real estate, and the mixed-use development plan for the area has ground to a halt. Built on public funds, Nationals Park was seen as a cash producer that would repay public investment by luring residents of the suburbs to spend more money in the area.

However, the original estimates that Nationals Park would average 30,000 in attendance have fallen short, as the team has only reached that figure once in its history, during its first year at RFK. Last year, the Nationals only averaged 20,760 fans, creating a further burden on local businesses to pick up the slack. Compounding matters is that main developer of the area, Monument Realty, lost much of its economic backing when Lehman Brothers closed down at the start of the economic recession.

Advocates of the project point to the fact that park is still making money - money that allows for the city to balance its books. And as the country begins to climb out of the economic hole and the Nationals become a better team, there is still hope that development around the ballpark will pick up. 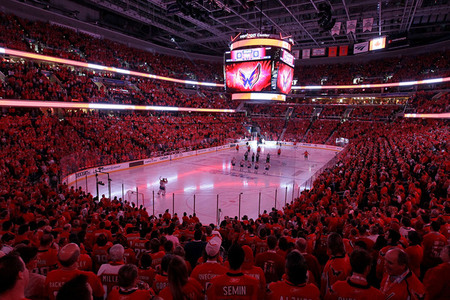 But this still doesn't answer the question as to whether ballparks are sound economic investments and whether they in turn spur the development of an area. Many are quick to point to Verizon Center, a building that now anchors the F Street entertainment corridor. The area around Verizon Center was also slow to develop for the first few years, but gradually new businesses moved in around it, and today the area is one of the largest attractions in the DMV.

The problem with drawing a comparison between the two is that you are essentially comparing apples to oranges. Verizon Center was constructed with the idea that the area would serve as an entertainment hub, full of bars, movie theaters, and restaurants. It was a place that you meant to travel to, spend your money and then leave. Only later did condominiums and apartment buildings spring up in the area, lured by a gentrification process that was already in full swing. Verizon Center also benefited from a confluence of events, as the Folger Shakespeare Theater and other businesses that drive visitation also moved to the area around F Street at about the same time.

The development around Nationals Park was built on an entirely different economic model - not only did developers want you to spend your money in the area, they wanted you to live there as well. Hence the mixed-use development (mixed-use meaning businesses on the first floor with condos and apartments above) as proposed by Monument Realty.

However, what is the attraction of moving into an area without the base of businesses to sustain it? The developers of the region neglected to take into account that if you want people to live in area, you need to supply the basics like supermarkets, which are still unavailable to those who live in the area. In fact, most urban planning literature notes that the main impetus behind economic renewal is the provision of services, and that many common urban problems such as blight, petty crime, etc., can be traced to the lack of these services in the community. If you wanted Nationals Park to attract prospective condo buyers, than there had better be a Whole Foods or Harris Teeter in the vicinity. 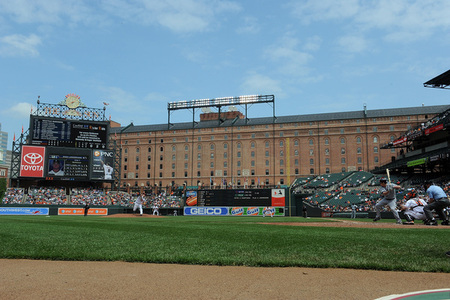 Underscoring all of this is the fact that academics, urban planners and city officials still can't agree whether a new stadium is a viable economic spur. Oriole Park at Camden Yards is perhaps the most studied ballpark in the urban revitalization phenomenon, and experts still can't draw conclusions as to whether a ballpark is a net positive to growth. After all, the Inner Harbor area was flourishing long before the construction of Camden Yards, and like Verizon Center, it is located to other key area attractions like the National Aquarium.

One conclusion that has been drawn is that ballparks can spur growth for the first few years when the novelty is new, but it is up to the surrounding businesses and the product on the field to keep interest high. This is especially poignant in the case of the Orioles, who play in one of the most well-regarded stadiums in the nation and have seen attendance decrease each year as the team has become steadily worse.

But with all this said, it is worth stating that I would much rather hop on the Metro to go see the Wizards and Capitals instead of jumping in the car and driving to Landover. And, traitorous as it sounds for someone who was brought up attending Sunday Orioles home games, I would much rather hop on the green line two blocks from my house and arrive at the ballpark in 20 minutes than investing an entire day in driving to Baltimore, finding parking and then driving back home. While I think the idea of the development around Nationals Park is constructed on a flawed economic model, I do not think the park itself is a bad idea.

After all, Baseball Jesus is going to turn everything around in just seven days. Right? 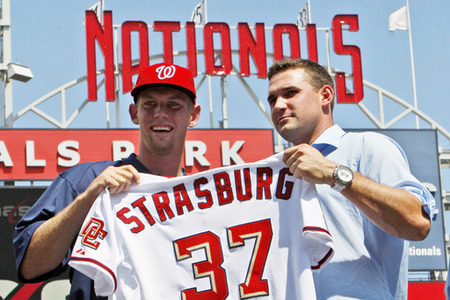