Capitals' PR guru Nate Ewell tweeted that no teammates have repeated on the NHL's first all-star team since Wayne Gretzky and Paul Coffey did from 1984-1986. Yea, Gretzky and Coffey. Ever heard of them?

Alex Ovechkin and Mike Green have a good chance to do that when the NHL announces its award winners tomorrow night. Ovechkin is a lock to make it for the fifth consecutive year and Mike Green, while facing stiff competition from Duncan Keith and Drew Doughty, will likely be honored on the first team for the second consecutive year.

Pictures of the two young stars speaking to the media in Vegas below the jump.

You think this guy's a rockstar? You would be correct. 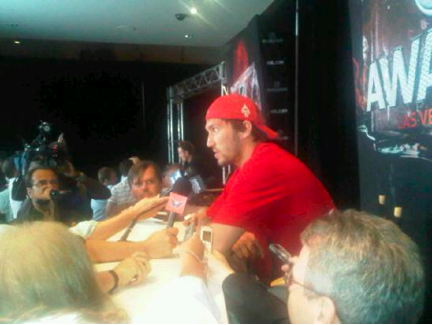 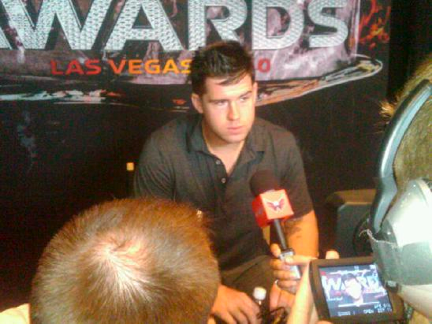