D.C. Rank and File: Who Is Underappreciated in Washington?

Which players in Washington don't get the love they truly deserve?

Share All sharing options for: D.C. Rank and File: Who Is Underappreciated in Washington?

Last week, we tried to shine a light on guys who care about being there for their team day in and day out. As I was making that list, I found myself naturally gravitating toward some of the bigger-name players around town.

I am just three weeks into doing this column and I have focused on individual players each and every time. That will come to an end rather quickly, but not before we try and unearth a few guys who aren't so high-profile and who aren't as celebrated as some of their teammates. I don't want to confuse underappreciated with underrated. While it is possible for a player to be both underrated and underappreciated, I am really focusing on guys who may well be considered good, but slide under the radar in our city.

The idea for this week's theme has resonated the last few days and has inspired the following sub-lists:

1) Luigi (I think I'll go with Super Mario Bros. 2 here but he has been around a long time)

2) Barrett (Final Fantasy VII) - Dude had a cannon for an arm ... literally. Stephen Strasburg has nothing on this guy.

3) Boba Fett (Bounty Hunter) - I thought this game was crazy fun and I almost never hear anything about it. It's Boba Fett! Come on!

4) Joseph Addai (Madden NFL 2010) - Addai is not the fastest or strongest running back in the game but he is solid. I kind of got stuck with him in my online fantasy draft and all he has done is prove he is arguably the best receiver out of the backfield I could have hoped for ... and he can get the hard two or three yards as well.

5) Staff Sergeant Matthew Baker (Brothers In Arms: Road to Hill 30) When I picked up this game, it was just a stop-gap between Call of Duty and Medal of Honor games. But it turned out to be every bit as good as those other series. Subsequent releases of titles in the Brothers In Arms did not live up to the first one though. Baker wrecked shop though.

What would one of these columns be without a mention of a horrible movie or five?

1) Summer Catch - Jessica Biel is unstoppable in this one. Freddie Preinze, Jr., Matt Lillard, Wilmer Valderrama, Brian Dennehy and even Brittany Murphy all pitch in but Biel is over-the-top hot ... I dare you to turn the channel.

2) Picture Perfect - I will put this against any other Jennifer Aniston movie. Not only is she hot, but Kevin Bacon brings it as a womanizer, and Jay Mohr plays perhaps his most effeminate role ever. It's all about Aniston of course but this movie is so questionably great ... it is one of those movies where you somehow find yourself watching it and when you try to change the channel, you can't find the remote and you are just okay enough to see where this is going that you just lay on the couch and ride it out.

3) Lucas - Charlie Sheen, Jeremy Piven, Winona Ryder, and of course Corey Haim (R.I.P) star in this tour de force. When Lucas comes back to school and finds the letterman's jacket in his locker and they give him the famous rhythmic clap ... if you're not welling up, you're not human.

4) Saving Silverman - Steve Zaun is one of the most underappreciated comedic actors out there. Amanda Peet and Amanda Detmer bring the heat and Jason Biggs, Jack Black and Zaun are hilarious. I still can't believe the lack of Oscar-buzz surrounding this movie.

5) Armageddon - This one was a big blockbuster of course, but it used every cliche in the book. I will never fully understand why it is that when I flip to this movie, I have to watch the whole thing.

I think the mood has sufficiently been set. Who are my top five underappreciated players in Washington? 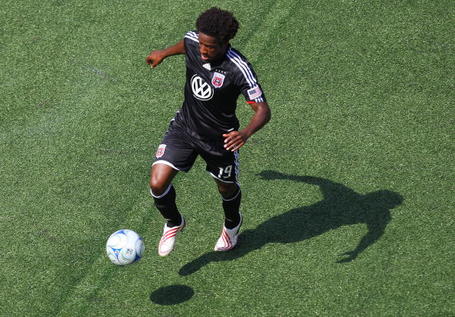 This is the first love for the United in this column but it is well deserved. Simms played 3,859 minutes of game time last season, which is the most for any player in D.C. United history. My brother Joe goes to just about every game and he is adamant that Clyde is the guy doing all the dirty work with little glory. As the workhorse of the team, he slows down the attack of the opponent from his spot as a defensive midfielder. He does put the ball in the back of the net from time to time, but his ability to create offense out of his defense as well as his refusal to give up on any play makes him the guts of the D.C. United side. 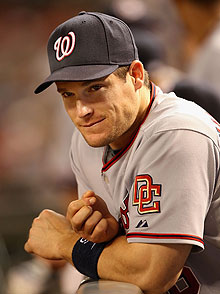 The Hammer gets lost in mix of Adam Dunn, Ryan Zimmerman and the craziness of the new Strasburg era. But he is on pace to have a 30 HR, 100 RBI season. We appreciate you, Hammer. 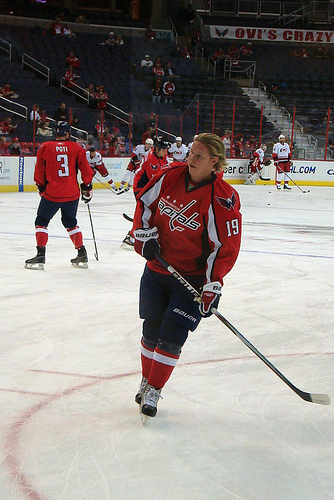 Kind of hard to be underappreciated when you just signed a huge contract and everyone knows who you are, but it says here that thanks to the likes of Ovechkin, we still do not have a real sense of exactly how good this guy is. 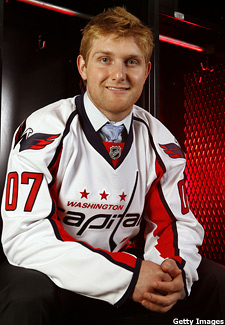 Caps fans know who this 21-year old is, but he is largely unknown outside of that fanbase. He has been fighting his way into his career on the ice in Hershey but will be a fixture in D.C. for a long time to come. He played on the same line as John Carlson which could someday soon be one of the top defensive pairings in the NHL. As the fifth overall pick in the 2007 NHL Entry Draft, this kid has been contributing in a variety of ways to the organization and will only become more appreciated in the years ahead. 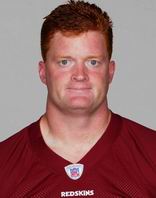 The "Red Snapper" has been a mainstay on the Redskins special teams unit, locking down the long-snapping duties since 2001. He is currently a free agent, but could be brought back to snap between now and September. You pray to be underappreciated in Albright's profession. The way you make news as a long-snapper is by botching snaps. Albright has been steady for years.

Alright Brian (and others) ... who did I mess up this week?