Mark My Words: 2010 Is The Year Of The Offense For Redskins

The Redskins' offense has been pretty terrible over the years, but there's reason to believe it will outperform the defense this season.

Share All sharing options for: Mark My Words: 2010 Is The Year Of The Offense For Redskins

I know this is going to sound crazy, but hear me out. Could it be possible that, for the first time in recent history, the Washington Redskins have a better offense than defense?

While it's completely foolish to make bold declarations based on summer football being played in shorts and no pads, I can't help but think the 2010 Redskins will be carried by their offense for a change, as opposed to the top-10 defense that has kept the team in games for most of the last decade.

Doing some quick math, the 'Skins have averaged the 19th-best offense in football since 2000 while failing to crack the top 10. The defense, even after finishing 2006 with the second-worst defense in football, still averaged 10th place in the NFL over the last decade, thanks to eight top-10 finishes.

And yet, I'm still of the mindset that this year the offense will outperform the defense. Why? That's where all the time, money and resources have been spent this off-season. 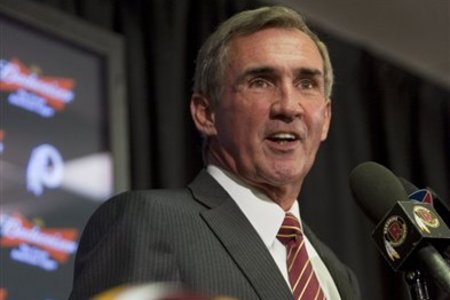 First, the team added Mike Shanahan. Dude's a two-time Super Bowl winner who just so happens to be an offensive-minded coach. And nothing against Jason Campbell, who was serviceable, but the huddle is now being run by Donovan McNabb - easily the best quarterback the Redskins have had in 20 years.

Even at 33, McLovin' is still a top-10 talent in a league where quarterbacks matter most. Just having him around is going to make a difference because younger players have seen him lead his teams to five NFC championship games. Sure, he's only been in town for 10 minutes, but his words are already going to carry more weight than most in that locker room.

At running back, the team has Clinton Portis, Larry Johnson and Willie Parker. I fully concede that this isn't 2006 and no one can say for sure that any of these guys has much left in the tank, but at least Shanahan and friends have been smart enough to stockpile these aging veterans. I am of the mindset that Portis will do just fine as the every-down back with Johnson excelling as the short-yardage/goal-line back, but that's far from a certainty at this point.

But here's why I'm feeling good about the running back rotation: if one guy (i.e. - Parker) doesn't have it anymore, there are two other established vets who can step up and make plays. If they still don't feel like there's enough there to get through the season, Brian Westbrook is only a phone call away. This isn't a situation where a coach foolishly ties his season to an over-the-hill running back. No, what we've got here is a guy bringing in anyone who might be able to contribute and saying: "It's your job to lose. Make plays or we'll find someone else who can." Now, you tell me that when your livelihood is at stake you wouldn't step up your game. I know I would. 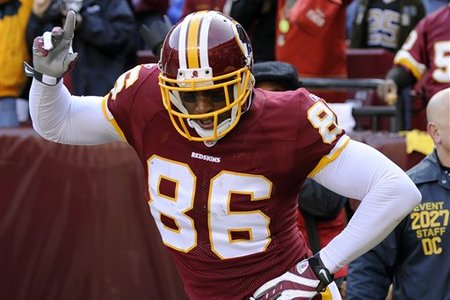 Tight end is easily the position with the most depth on the entire roster. Not only is Pro Bowler Chris Cooley back in action, but the team also has Fred Davis, who showed last season that he is an impact player who deserves to be a go-to target for this team. Having these two on the field at the same time should help out the receivers, which to me is the biggest area of concern.

Santana Moss is no longer a sure-fire No. 1 receiver, and Devin Thomas and Malcolm Kelly have yet to show without a doubt that they are ready to be a top-three wide out at the pro level. And yet, those are the team's top three receivers at the moment. Chances are the team will keep two more out of the uninspiring group of Joey Galloway, Bobby Wade, Roydell Williams and Mike Furrey, unless a youngster such as Terrence Austin or Anthony Armstrong seizes the opportunity. But any five-man combination you come up with out of those names should still give cause for concern.

The good news is the offensive line should be vastly improved. Adding Artis Hicks, Trent Williams, Selvish Capers, Erik Cook and Jammal Brown provides enough depth to ensure bums like Stephon Heyer and/or Chad Rinehart remain far, far away from the playing field. And that, my friends, is a win for the good guys.

But the biggest addition this offseason? That would be Kyle Shanahan. He's the reason why I'm willing to go out on a limb and say the offense will out-perform the defense in 2010. Watching him work miracles in Houston by making the Texans look legitimate is more than enough reason for me to believe he can get the best out of an otherwise mediocre receiver corps or turn back the clock with the PortaJohn running back tandem.

Meanwhile, on defense, it seems everywhere you look there are question marks. The philosophy this offseason has shifted and the Redskins will now run a 3-4 base defense because Shanahan (the elder) believes that's the defense that works best in today's NFL. But no one can say for sure that the 'Skins have the personnel to thrive in a 3-4 just yet. Assuming that Albert Haynesworth doesn't have a change of heart and decide to play nice after banking $32 million over the last 12 months, does the defensive line have enough depth? If Haynesworth is out and Ma'ake Kemoeatu can't stay healthy, then who lines up at nose tackle?

And half the linebackers on the roster played on the defensive line last season. Brian Orakpo is a beast who can survive a transition to any defense coaches can dream up, but can the same be said about Andre Carter, Chris Wilson, Jeremy Jarmon or Lorenzo Alexander? If not, then you're looking at London Fletcher, Rocky McIntosh and a bunch of spare parts in the heart of your defense.

The secondary features two players - Carlos Rogers and LaRon Landry - who were allergic to double moves last season. All a wide out had to do was one stutter step and those two looked like they were asked to play in ice skates. There's also DeAngelo Hall (who I like, but has yet to perform on the field at the same level he does off it), Justin Tryon (the thought of him playing meaningful minutes terrifies me) and Kevin Barnes (his biggest play so far in the pros was having a football bounce off his back in the Saints game that resulted in a turnover). So, yeah, this isn't exactly like the days when the team lined up Darrell Green on one side of the field and Champ Bailey on the other. Things might get ugly.

And while the players seem to be thoroughly excited to play defense for Jim Haslett, it's not like his resume is unquestionable. During his three-year stint as the defensive coordinator in Pittsburgh (1997-99), Haslett's defenses went 11th, 12th and sixth. But his teams weren't nearly as impressive once he left the Steelers. Haslett's teams went 47-61 in New Orleans and St. Louis and no one can say any of those defenses stood out. 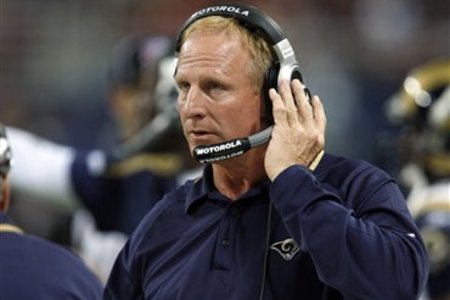 At the end of the day, Kyle Shanahan's track record speaks for itself, while Haslett's does not.

Under Shanahan, the 2009 Texans led the league in passing (4,654 yards) and ranked fourth in total offense (6,129 yards), both of which were franchise records. The Texans also set a franchise high for touchdown passes (29).

If he can get a fraction of that production from McNabb and friends, then 'Skins fans will finally know what it's like to cheer for a team capable of scoring more than 15 points a game. Coupled with the questions the team seems to have on defense, the Redskins might find themselves in a lot more 33-30 games than 14-10 duds. But at least they'll be exciting once again. And seriously, it looks like that new video replay board at FedEx Field is showing up just in time, as the team is finally rolling out an offense capable of putting together some legitimate highlights.