In the first edition of the D.C. Power Rankings, we cover beer, 'Tombstone,' Doc Holliday, and, oh yeah, the Top Five Most Popular Athletes in Washington D.C. right now.

Welcome to the first edition of D.C.'s Power Rankings column. Each week, I will select the category we will debate -- or choose from the ones that you submit yourselves -- and make the case for my set of rankings. I especially look forward to getting crushed by commenters who will swear up and down that I got it all wrong. To coincide with the launch of SB Nation D.C., we look to rank the city's Top Five Most Popular Athletes.

I recently conducted a very unscientific poll at the bar I happened to be frequenting at the time (this poll consisted of me innocently posing this topic followed by three hours of drunken debate). As a result, I woke up the next morning literally minutes before I had to be leaving for work on the floor of my condo, cursing my insatiable thirst for making lists like these, as well as my unflappable determination to thoroughly debate each one. (If someone knows of a better way to rank sports-related topics than by belligerently trying to make your case between pints of beer and shots of liquor, I'm all ears. I'm skeptical though).

Depending on the topic, we will rank from first to last, or from last to first, or from second to last to second to first followed closely by first and then loop around back to last. The law don't go around here. Maybe I should not have watched "Tombstone" before writing this column.

What are we doing here again? Ah, yes ... athletes. They say there is no more popular individual in Washington D.C. than the backup quarterback. That said, there will be no Rex Grossman sightings on this list. 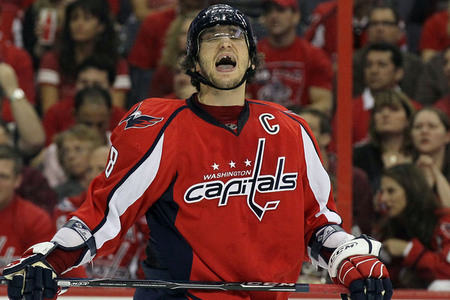 What else can you ask for than having arguably the best player in his sport suit up for our team? The debate over whether Alex is better than Sidney Crosby fuels Ovechkin's popularity even more, as we passionately make the case for our guy regularly. It's like if you grew up in Boston or L.A. when it was Magic and Larry. Just having one of the two horses in the fight playing for your team is way, way cool.

Ovechkin is a fun-loving individual, pops up around town here and there and is extremely recognizable. He stays out of trouble with the law, has not gotten any strippers pregnant that we are aware of and the only guns he packs are the ones underneath his sleeves. It will take some serious work for someone to overtake this guy in the next decade, especially if he is able to bring a Stanley Cup to Washington sooner rather than later. 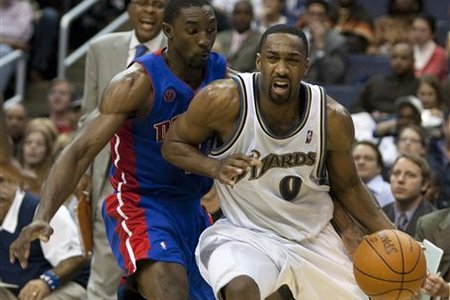 This spot is tough. Ovechkin's star shines so brightly in a sports town that has weathered some real dog days that it is hard to discern the order of everyone after him. For a town that is so clearly run by the Redskins, it is hard to imagine one of those guys would not be higher here, but I think from an individual standpoint, Gilbert still has the juice.

Yes, the gun incident knocked him down a notch in pretty much every way imaginable. His injury and mega-contract have also negatively impacted his current perception. To me, though, Gilbert has the potential to be one of those "redemption" kind of stories this upcoming season. As reprehensible as his actions were, I think it's fair to suggest they fall below the level of some of the more heinous things professional athletes have been guilty of in recent years. The opportunity for Gilbert to come back in 2010 and be a leader not only on the floor but in the community is one I believe he will embrace.

His smile, charisma and passion for the game he plays continue to drive his popularity in this town, and here's hoping those same things drive the Wizards to the postseason. 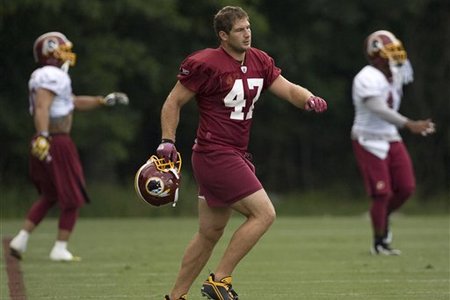 The tight end's meteoric rise to celebrity status in Washington has been fun for everyone to watch. His antics have at times received national attention, like when he "accidentally" posted a picture of his genitals on his website, "The Cooley Zone." He famously took his multimillion-dollar bonus check to his local bank, using the drive-thru lane to deposit it. He married a cheerleader out of Maxim magazine (Christy rocks), and he is rarely too busy to stop and chat with a fan.

Chris Cooley is one of the two or three longest tenured Redskins and by virtue of his on-field production and off-field star power, he nabs the 3rd spot on this list. 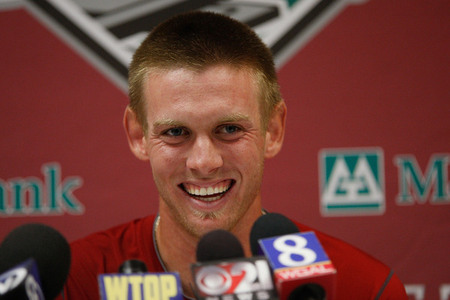 What? This guy has not even thrown a major league pitch yet and he is in the inaugural Top Five?

ESPN called him the "most-hyped pick in draft history," which has to mean something coming from the world's largest manufacturer of hype. How many minor league games have you watched on TV over the last five or even 10 years? I have watched three, and they were all games that Strasburg started over the last couple of months. Maybe last month he would still be on the outside looking in for this list, but he makes his major league debut tomorrow for a team in desperate need of a draw. I'll be there as will thousands of other fans who have otherwise not been attending Nationals games.

This town has been knocked for not being a baseball town, but that theory will really start to be tested if Strasburg can turn his popularity/celebrity into stats and wins. 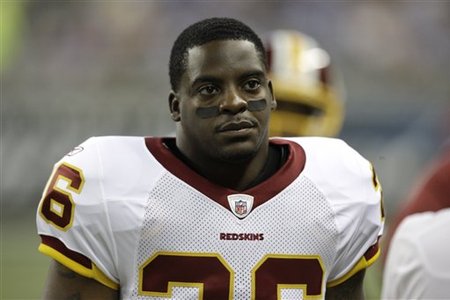 You know two Redskins had to make this list. When CP isn't calling out his offensive linemen or questioning the leadership of Jason Campbell, he is pounding out the tough yards on Sundays. We have always had an affinity for our running backs in Washington. Larry Brown, John Riggins, Stephen Davis, Earnest Byner, Terry Allen, Brian Mitchell ... all guys who were beloved in this town for carrying the rock. Add Portis' mercurial personality to the mix and you have a guy who is hard to keep off this list.

He is within shouting distance of The Diesel's Redskins career rushing record, and with a couple more decent seasons, he will have the kind of numbers that at least put him in the Hall of Fame conversation. His costumes and enthusiasm in the best of times echoed the feelings of fans, as did his pouting and pettiness when things weren't going so hot.

There you have it ... first one in the books. Who did I miss? Who doesn't belong? What topics do you want to see ranked in the coming weeks? Give me your feedback in the comments.