The run-down of the week that was in Washington D.C. sports.

Welcome to Talking Points, where each week I will run down the stories that made the biggest splashes in the blogosphere last week and will tell you what to keep an eye on for the week to come. It's the perfect way to get all the local sports information you need to hit the water cooler with authority. It was a short week last week, so this will be a short introduction. Let's get it on, shall we?

The Nationals are certainly the most interesting team in D.C. right now. The impending arrival of Stephen Strasburg has turned Tuesday into "Strasmas" and is sending everyone into a tizzy. Ticket prices shot through the roof as a result of the mania -- dogs and cats living together, mass hysteria! Is there any way he can live up to the hype? Probably not, but if he comes close to pitching as well has he has in all levels of baseball, this kid is going to change how everyone thinks of the Washington Nationals.

Even sooner than that (tonight at 7 p.m., to be precise) is the MLB Draft. With the first pick, the Washington Nationals are more than likely taking the even younger phenom, Bryce Harper. Harper had a tough week last week, getting ejected from his junior college's playoff game and subsequently ending his JUCO career because of a corresponding two game suspension. In addition, his team lost without him. There have been concerns about the 17-year-old's level of maturity in the past and that certainly didn't help prove his case otherwise. Still, there are no questions about his potential and the Nationals must draft this kid at No. 1 barring anything crazy happening in the next 24 hours.

OTAs continued again last week and the biggest story to emerge from the week's session was about a player that isn't even in town. Brian Westbrook was offered a contract, but strangely he has yet to make a decision on where he wants to play this season. If he decides to join the Redskins, the running back by committee situation becomes even murkier for the team. How it is possible that there will there be enough balls to go around for Wesbrook, Portis, Larry Johnson, and Willie Parker is beyond me.  I'm not the only person to have thought this, however, and now the media is speculating that Parker might not make the final roster if Westbrook gets signed. So there might be one less mouth to feed ... at Parker's expense.

Whether Westbrook signs, this continues to be a relatively quiet off-season for the Redskins. Counting the Johnson and Parker moves, and adding in the Donovan McNabb acquisition, this team has been more quiet this year than in past off-seasons. This is good news as far as I'm concerned, I'd rather the team be regular season champions rather than off-season champs and it might go a long ways to sway people's feelings toward the owner, Daniel Snyder.

It was a very quiet week for the Capitals, as their off-season has kicked into summer vacation mode for the team. However, their minor league affiliate Hershey Bears are still playing and are down 2-0 in the AHL Calder Cup finals.

The team is already looking at locations to play the Winter Classic when it eventually comes to town. Owner Ted Leonsis has ruled out playing the game on the Mall for obvious security and logistical reasons, but all the local stadiums are all still in consideration. Personally, I think this game should be played in D.C. and not out in Maryland at Fed Ex Field or in either of Baltimore's awesome stadiums. This leaves RFK and Nationals Park as the only two stadiums I'd think this game could played in, and while I'd be happy with both, I think RFK might be the best place for it.

RFK is a multi-purpose stadium, meaning the sight lines for everyone might be better than at Nationals Park because that stadium is designed solely for baseball. Also, RFK has more seats than Nationals Park, meaning more of us can go watch the game. Plus, it bounces, and everyone loves making that stadium bounce. Can you imagine all those Capitals fans, rocking the red and bouncing the whole stadium up and down? I can, and it makes me tear up a little. Sure, Nationals Park is new and has a lot of really nice food options inside, but who doesn't want to sit outside in the winter at RFK one last time for old time's sake?

John Wall mania continues for the Wizards and there is no sign of it stopping. He's even thinking of signing with a shoe company, and no, it is not Nike or Adidas. Chris Webber even got into the act of talking about Wall when he said that Wall will "fall in love" with D.C. Personally, I find this a little disturbing. I do not want Wall to love D.C. like Webber did, or his career in this town might be a lot shorter than the team and us fans would want it to be. 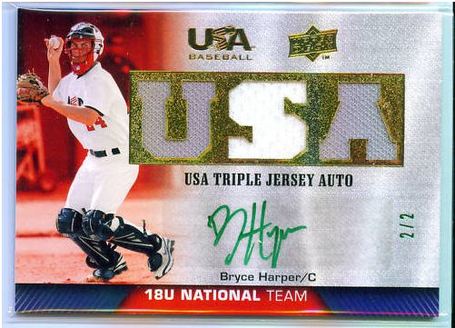 If you've made it this far, congratulations, I admire your stamina. This week I'd just like to welcome you all to SB Nation D.C. and I hope you stick around here for a long time. A lot of great writers contribute to this site, some you may know already from their previous work through SBNation.com and their own sports blogs, and I hope you all enjoy what we are bringing to the D.C. sports community. We're doing it all for you guys anyway. If there's anything more you'd like to see in the Talking Points column or anything you want to discuss, leave a comment and let me know.