Give Thanks For Your Strasmas Present

They say that victory has a thousand fathers. In the Nationals' case, it's the lack of victories that led up to a joyous Strasmas, and it's important to remember all those who made yesterday happen.

Share All sharing options for: Give Thanks For Your Strasmas Present

We all had high expectations for Strasmas, in the same way we were all jingling bundles of nerves when we woke up at 4:23 a.m. Christmas morning. But somehow what happened last night exceeded that. It's as if we woke up on Christmas morning, found a pony, a bag full of Halloween candy, a turkey full of stuffing and a fireworks show ready to go. It was everything we expected -- and beyond.

But just like a good kid does (or at least should do) on Christmas, you've gotta appreciate what it's all about -- and what brought you to this point.

The Nationals didn't get Strasburg because they're a good team. They got him because they stunk so bad they could've melted the paint off a garbage truck.

Despite that, the Strasburg Sweepstakes was hard-fought. The Seattle Mariners similarly stunk, like Pike Place fish market at the end of a hot day. But in the end, the Nats won by losing one more game than Seattle. That one game meant the difference between drafting Strasburg and drafting Dustin "Who?" Ackley.

And for that slim victory, we need to thank many people. 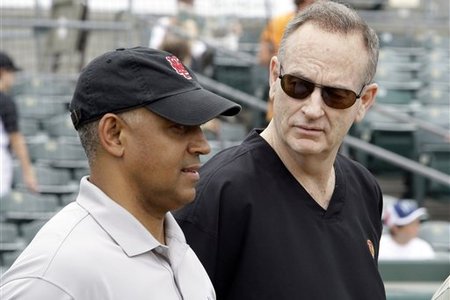 Let's send thanks to Omar Minaya. He gutted whatever depth this team had with a series of questionable trades, all under the false guise of contraction. There's no way this team would've had the No. 1 pick had Grady Sizemore and Cliff Lee still been on the team. So, thanks Omar! (And a heck of a job running the Mets into the ground, too!) 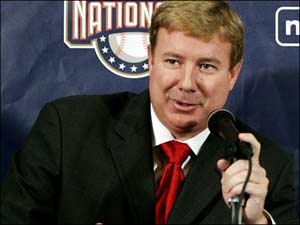 We need to send more thanks to Jim Bowden. The leather-panted one oversaw the disaster of a roster, spending the team's limited resources on a morbidly obese Dimitri Young, and a morbid-batted Austin Kearns. He gave us a rotation where Odalis Perez could be termed an "ace." 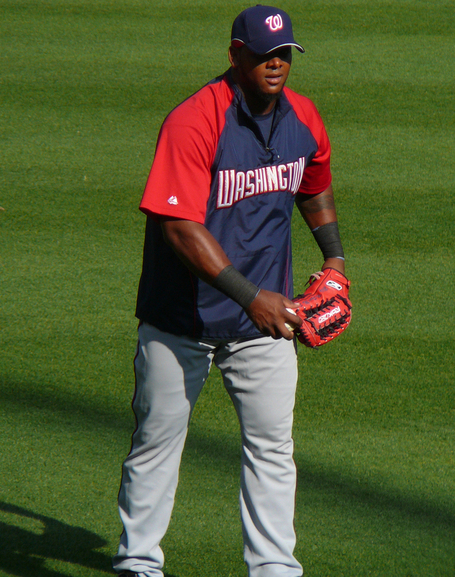 Let us thank Wily Mo Pena, the pride of Mr. Bowden. His .243 on-base average and .267 slugging percentage summed up to a 35 OPS+, which is among the three or four worst of all time among left fielders who had as many trips to the plate he did. If he were anything but worst of all time, the Nats likely would've won an extra game or three, and bye-bye Strassy. So thanks, Wily! 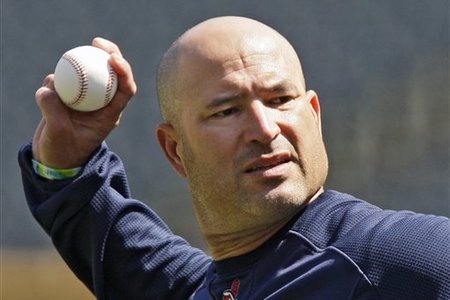 And who was it who sent Wily out there time and time again? Yep, it's time to thank our good friend, Manny Acta. Thanks, Manny, for never standing up for your players. Thanks for running Luis Ayala and his 5.77 ERA out there time after time in big situations. You have to love that 1-8 win-loss record. And who can forget Paul Lo Duca: Outfielder? (At least without costly therapy.)

We couldn't have lost 'em without you, Manny! 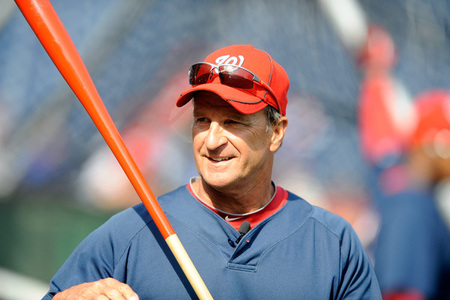 But the man the Nats need to thank most for Strasburg isn't anyone who actually contributed to their losing, but someone who was in the Emerald City, our very own Jim Riggleman.

Before we get to that, let's start at mid-season. It was clear early on that the Nats were going to be terrible. It was equally clear that Seattle was depressingly bad. In June, the Nationals traveled to Seattle for three games, which some thought would decide the Strasburg derby. This being Manny Acta, he couldn't even tank properly. The Nats swept the Mariners, capped by Kory Casto's (remember him!?) tie-breaking three-run homer in the eighth inning of the third game.

Now we can't say that the Mariners improved. They still stunk, and had a 12-game losing streak in September. Heading into the final weekend of the season, the Mariners had 101 losses; the Nats had just 99.

Since the Nats were a Manny Acta team, we know what happened: they rolled over and died, losing three straight to hit the 102-loss mark. The Mariners, meanwhile, being led by a professional, played their butts off. They won Friday. They won Saturday. And on Sunday, they overcame an early 3-0 deficit to win 4-3, giving the Nats the No. 1 pick. And Strasburg.

Riggleman's team didn't give up. Acta's did. And it couldn't have worked out better for the Nats.

Revel in Strasmas and all its glories, but don't ever forget the real reasons for the season.