Last night's game was a watershed moment for the Nationals because of Stephen Strasburg, but let's not forget that the other players who stepped up are the same ones that have been leading the way all season.

Share All sharing options for: In Stephen Strasburg's Debut, Rest Of Nationals' Core Makes Its Mark

Just so nobody gets the wrong idea: Last night was first and foremost about Stephen Strasburg. There's really nothing more I can say about how amazing he was, and we'll all remember June 8, 2010, as the day Stephen Strasburg showed (for one game, at least) that he was better than the hype.

But there's another way the Nationals brass got lucky last night, at least if they're hoping to create a much bigger following around the team itself. For the first time this season, and maybe for the first time since the opening game in 2005, Nationals Park was filled with loud, screaming fans, many of whom wouldn't be there normally. Most of those fans came specifically to see Stephen Strasburg, and in that respect, they left happy. Strasburg delivered, and they undoubtedly left excited about going to see Strasburg's next start.

In other words, it happened because the best players on the team other than Strasburg came up big, and that will stick in the back of the minds of all those fans who were at Nationals Park for the first time somewhere. 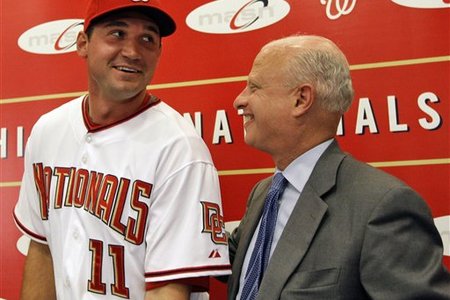 It all started with Zimmerman, who, fittingly, got the Nationals started with his first-inning home run. It's fitting because, in a way, it was Zimmerman, and not Strasburg or anyone else, who ushered in the new era of the Nationals. He was the team's first draft pick (No. 4 overall) after they moved to D.C., and he arrived with a ton of hype. He was fast-tracked to the Majors, arriving in September 2005 after a season that saw the Nationals storm out of the gate, only to fade down the stretch. He was great in 2006, nearly winning the Rookie of the Year, but then he plateaued, becoming a rather ordinary player by 2008. As Beyond the Box Score wrote the other day:

But Zimmerman left a lot of people concerned by the end of the 2008 season, as his offensive performance had taken steps backwards in consecutive seasons. After putting up a .348 wOBA in 2006 as a rookie, that mark dipped down to .340 in 2007 and then dipped again to .336 in 2008, leaving some to wonder whether Zimmerman would be limited to being merely a great-fielding-okay-hitting third baseman rather than an all-around star.

In the meantime, the Nationals' initial buzz faded, and the losing began. We got a harsh lesson in baseball reality: it takes more than one franchise face to build a team. This isn't basketball, where one high draft pick can change everything, and it isn't football, where one great quarterback immediately gives a fan base hope. This is baseball. You need more than one guy to be the face of the team.

Luckily for the Nationals, help is finally on the way for Zimmerman. He's had an incredible season even before Strasburg's arrival, and now, he can finally become one face of the franchise rather than the only face of the franchise. It only makes sense that the player whose selection signified the start of the new era of D.C. baseball is the same player whose first-inning home run got things going in the first game of the new new era of D.C. baseball. 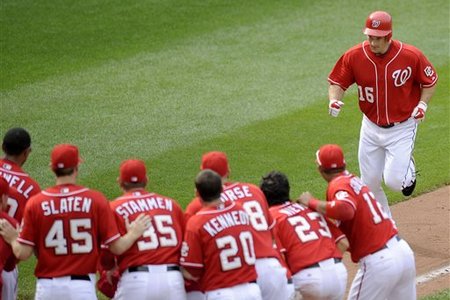 Then, there's Dunn and Willingham. Two players who were cast aside by other teams but have found their way here in D.C. More than anyone on the team, those two guys have personified the surprising Nationals this season. Overlooked, but effective. Dunn has bounced around the league because teams became frustrated by his hitting approach. They wanted him to swing at more pitches. They wanted him to get more singles and fewer strikeouts. They wanted him to hit for average, even though his approach was probably a smarter way to play. Finally, he's come to a team and a fan base that, for the most part, appreciates him for what he is.

Willingham, of course, is the real surprise of the season. He was always a starting-quality player, to be sure, but never like this. Quick, take a look at the current NL leaders in on-base percentage. If you hadn't followed the Nationals this year, would you believe that it's Willingham who leads the way? Don't lie. Willingham has also been the guy that's provided so many highlight moments for the Nationals this season, most notably the walk-off home run against the Orioles on May 23. In the span of two years, Willingham has gone from being a Florida Marlins castoff to a Nationals' cornerstone, and it only made sense for him to make his mark in the biggest game of the season. 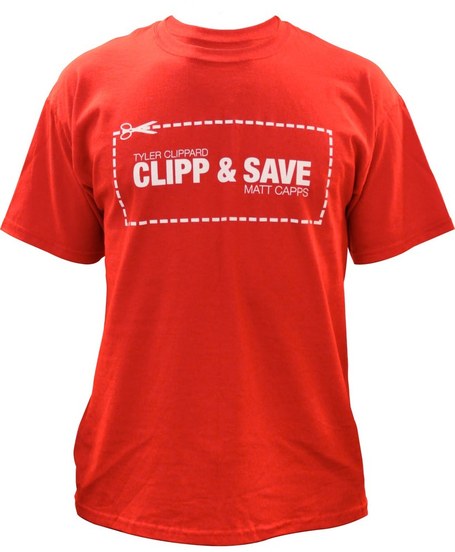 Finally, there's the duo of Tyler Clippard and Matt Capps. Throughout the Nationals' surprising start, they were lights out. The Nationals kept coming up big in one-run games, and that's mostly because Clippard and Capps were so reliable late in games. There's a reason "Clipp and Save" became an underground thing, because they almost never blew games. That is, until last week, when Capps blew three saves in a row and many fans called for youngster Drew Storen to take his place. He needed to get back on track, and luckily, he did last night, retiring the Pirates in order to get the save.

It's possible it wouldn't have made much of a difference if Clipp and Save blew the Nationals' lead. Strasburg had already done his thing, and many fans had already headed to the exits. At the same time, the moment itself would not have been as special if the Nationals ended up losing the game. Thanks to Clipp and Save, Nationals fans, both new and old, were able to celebrate a win instead of a dominating Strasburg performance ruined by an increasingly shaky bullpen. For a moment, all of the Nationals' recent bullpen issues were solved. 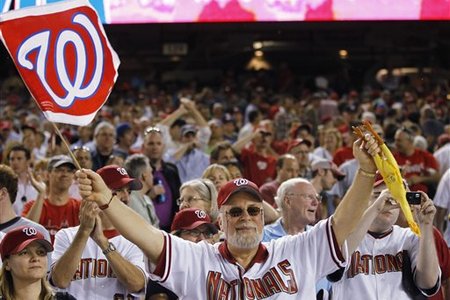 Again, don't get me wrong: Last night was about Stephen Strasburg. Without him, none of the efforts of these other players would have mattered. At the same time, once the dust eventually settles, the Nationals will need to build a good and marketable team to keep all those casual fans who came to Nationals Park for the first time. The fact that they won the game helps. The fact that they won the game with their other "core" pieces leading the way helps even more.