Share All sharing options for: Topps Releases Special Edition Stephen Strasburg Card, And I Want It

We talk a lot about sports trading cards on this site, because they remain arguably the best way to commemorate sports history. For example, I will never forget the Mark Alarie Washington Bullets era, because I have way too many Alarie cards from back in the day. My cousin dumped them all off on me because he had no use for them. Great story, right?

Anyway, it would only make sense for some card company to create a special edition Stephen Strasburg card to commemorate his Major League debut last night. That company? Topps, which released this gem, featuring a picture of Strasburg's very first pitch. Make the jump to check it out 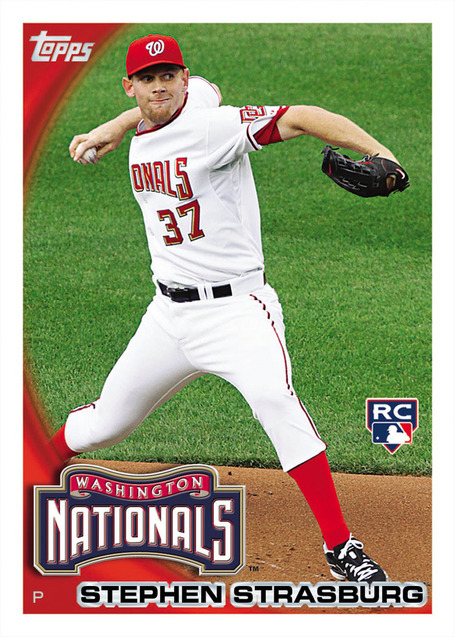