Why The Time Has To Be Now For The Nationals

Good news, Nats fans! The team's window of opportunity is open soon. The bad news? It's closing sooner than you think.

Share All sharing options for: Why The Time Has To Be Now For The Nationals

As the calendar melts into July, it's kinda of funny to think at how June opened for the Nationals. They were flying high, above .500, and with a long stretch of games against teams that would have to improve to be mediocre; it looked like the start of something, well, interesting.

But 1,000 losses later -- it was that many, wasn't it? -- the Nats are way out of it. They're as close to last place as they are to the wild card. Again, Stephen Strasburg or not, it's a lost summer of baseball in DC.

The team insists there are brighter days ahead. And with Ryan Zimmerman, this Strasburg fellow (dunno if you've heard much about him), Jordan Zimmermann and Drew Storen all wandering around you'd have to nod your head in agreement.

Here's the thing, though. While brighter days may be ahead, this team's window might be pretty short. And with the trading deadline approaching, it might be something Mike Rizzo needs to keep in mind. 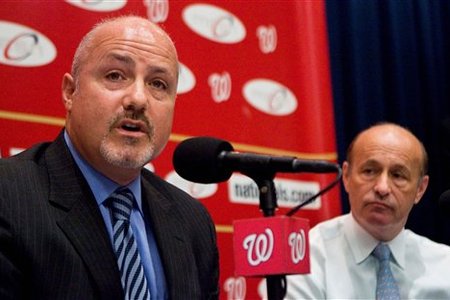 Ryan Zimmerman's contract ends after the 2013 season. That's just three short seasons away. While they may certainly (and probably will) extend him, there's no guarantee. Regardless, it's going to take a monster contract to sign a player who'll just be entering his age-29 season. Think Mark Teixeira money. Then up a few of those digits like it's a Price is Right game.

So this means the Nats are only assured of three seasons with Strasburg and Zimmerman together. After that, who knows what'll happen.

Take a look at the farm. Off the top of your head, who's the best prospect in the system? (Nope, Bryce Harper doesn't yet count.) Derek Norris? Danny Espinosa? Chris Marrero?

They've all got strengths. And they all have weaknesses: defense, average/plate control and position flexibility, respectively.

The point is that none of them are sure things. And none of them are in the class of Zimmerman or Strasburg. Beyond them? Maybe there are some bench guys. But other than that, it's a lot of people like Justin Maxwell. Some can take a step forward, but there's nothing you can count on.

In short, it's a farm system that's not going to pump out much, if any, short- or medium-term help.

Even the next crown jewel, Bryce Harper, isn't likely to contribute anything meaningful in that three-year window. If he's going to succeed, it's going to be on the back half of Strasburg's arbitration window.

If not from the farm, it's going to have to come from Free Agency and from trades. 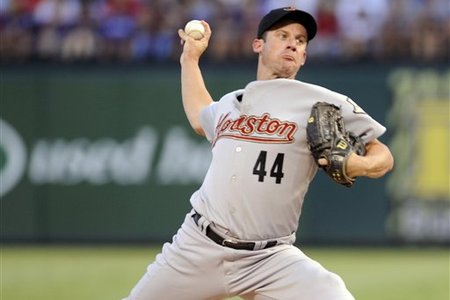 We saw some of the trade approach when the Nats were loosely involved in the Roy Oswalt discussions earlier this season. Critics suggested that it would be silly to mortgage any of that future for a short-term improvement.  This is true. But if you're looking at a short window, a pitcher of his caliber with a contract that, if the option is picked up, runs through 2012 certainly makes some sense.

The same goes for how the team approaches the trading deadline. Maybe rather than trading Josh Willingham -- who'll be around for at least one more season -- for a few B-level prospects, the team will want to hold on to him and his bat. Maybe they'll decide that holding on to Adam Dunn makes sense, giving them more time to work an extension with him.

For all the talk the Lerner family and Stan Kasten made about building for the future, the future, sadly, is now. The team hasn't been a player with international signings. They haven't made aggressive trades to acquire young talent. And their drafting track record -- aside from a no-brainer like Strasburg -- has been spotty, particularly with pitchers.

Stop and think about the last time you heard anyone associated with the team refer to "The Plan." They're still pursuing that track, but as a marketing device, it's meaningless. Their actions, and more importantly, their results, thus far reveal that to just be a marketing gimmick: "Hold your nose, fans, but know that better things are on the way!"

Maybe they'll find another Zimmerman, or a Zimmermann-like gem. But that's a maybe. All we have is what's in front of us now. And that's a narrow window of opportunity -- one that's much narrower than any of us could have ever imagined.