The Value Of An All-Star: Assessing Matt Capps' Trade Value

Hey, Matt Capps is an All-Star! He's sure to bring back a king's ransom now, right? Not exactly.

Share All sharing options for: The Value Of An All-Star: Assessing Matt Capps' Trade Value

If you needed more proof that baseball's a really weird game, all you had to do was watch the All-Star Game. For the first time since the Martin Van Buren administration (note: may not be 100 percent accurate), the National League beat the American League. And thus, our beloved Washington Nationals now have home-field advantage in the World Series thanks to winning pitcher in the game: D.C.'s own Matt Capps.

He's the winner, even though he's about the fifth most deserving player on the fifth worst team in the National League. You can't buy that kind of pedigree.

As soon as he was named an All-Star a few weeks back, trade chatter started. Last night's win ramped it up a bit more. The argument goes: since he's an All-Star now -- and a winner! -- his trade value is higher, and the Nats should look to sell. 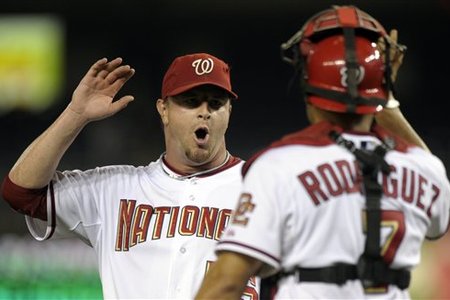 I understand the quasi-thoughts that go into this line of thinking, but it always baffles me. Is there really a general manager out there who's going to suddenly have a new appreciation for Capps? (I can hear you thinking, "but what about Ed Wade!")

"Well, I only thought he was an average closer, but now that he's a certified All-Star, here! Have my farm."

It probably doesn't work that way.

He is, to use the overworn cliche, what he is. A perfectly fine closer. He's basically what Chad Cordero is. And you remember what the Nats got for Chad Cordero, right? Hint: Nothing.

The fact is that unless you're trading a truly great pitcher, there's not going to be a huge amount of interest.

If you scroll through the list of deadline-day deals, it's been quite a few years since a closer changed teams. It's basically been a motley assortment of middle relievers for scrubs.

So, yes, the Nats should consider trading Capps. But they shouldn't necessarily expect much for him. And they shouldn't expect anything more now this week, than they would've last week, before he was a "Proven All-Star."

The problem is that most other teams are going to view Capps as something other than an elite closer. While he's having a fine season now, last year's 5.80 ERA and subsequent non-tendering is likely still in most general managers' memory banks. And this year, while a nice rebound year, isn't anything special. A 3.18 ERA? (Or pick your own fancy stathead-approved stat.) That's nothing special. 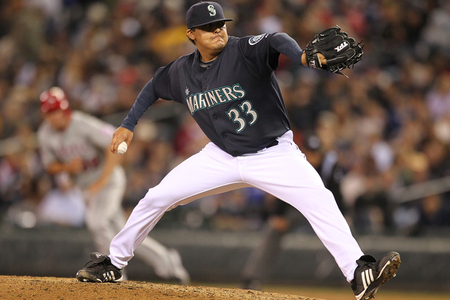 It's the Chad Cordero problem all over again. When the Nats wanted to dump their closer at the deadline back then, no other team viewed him as a true closer. They wanted to pick him up as a middle reliever or setup guy and pay that kind of price. Whereas the Nats viewed him as their mini-Mariano Rivera.

This might be the same situation. Capps has more value to the Nats than he does to a contender. Factor in that he's under team control for next year (assuming the Nats want to risk a $5 million or higher arbitration award), and it's hard to see what the Nats could get that would really interest them.

The Nats should definitely explore trading him, but don't expect anything to happen. And certainly don't hold your breath for anything valuable. For a comparable kind of value, consider last year's deadline deal of O's closer George Sherrill. Are any O's fans excited about the prospects they got back? Have O's fans even heard of Josh Bell or Steve Johnson?

The Sherrill comparison is even more instructive, as the Dodgers recently waived him. Relievers, especially non-elite ones, are replaceable, interchangeable, and highly variable. Teams (note: does not apply to Ed Wade) generally understand this.

So does Mike Rizzo. So while he's sure to shop Capps around, he understands the return won't be much -- All-Star or not.