D.C. United will host the Seattle Sounders tonight at RFK Stadium, with kick-off scheduled for 8:00 est.

The big story line (or lines) is the potential debut of D.C. United's newest transfer acquisitions; Pablo Hernandez and Branko Boskivic. Both players have cleared the transfer process and will be on D.C. United's active roster tonight.

SB Nation's Sounders Blog, Sounder At Heart, does a great job prepping for each game with a handy dandy reference card. Here is tonight's version. 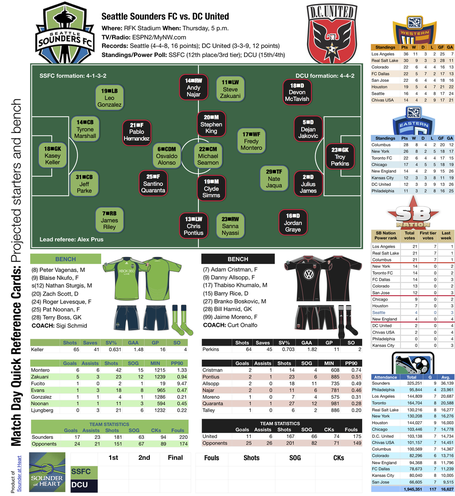 They have Hernandez penciled in as a starting forward, but the team has yet to announce his role. He has been practicing with the team for a few weeks now, so it wouldn't be out of the question for him to start immediately.