Jordan took a stab at this yesterday, but I am so fascinated with the new swagger ratings on Madden '11 that I had to give it a go myself.

The Redskins' individual player ratings can be found here, and I can't seem to tear my eyes away from the offensive line section. Chad Rinehart and Stephon Heyer literally BLOW AWAY the competition with their 70 and 67 ratings, respectively.

It's hard to understand, really, until you break it down with some insightful graphics. 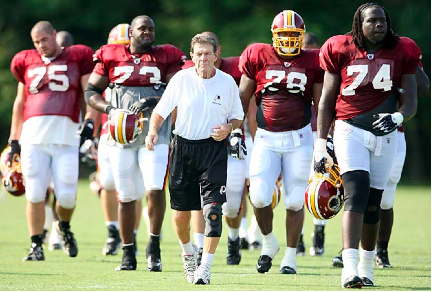 Damn, yo! Look at my boy on the left Chaddy Rinehart, a.k.a. Swagmasta Swag, a.k.a. Da 75 Stunna. He's LITERALLY (not literally, though) asleep on the field. He don't give a **** about practice, a crucial indication of phenomenal swag.

And No. 74, Stephon Heyer? Look at him, leading the pack. It wasn't enough to merit a 70-rating like his big-time teammate, but it got him close. Struttin' ahead of the legendary Joe Bugel, with not one but TWO (TWO!) knee braces?! Can you say, swaggggg?

And on the other end of the spectrum, you have poor Casey Rabach with a whopping rating of 21. Both K Graham Gano (68) and P Josh Bidwell (65) more than triple his swagger. Why, you ask? 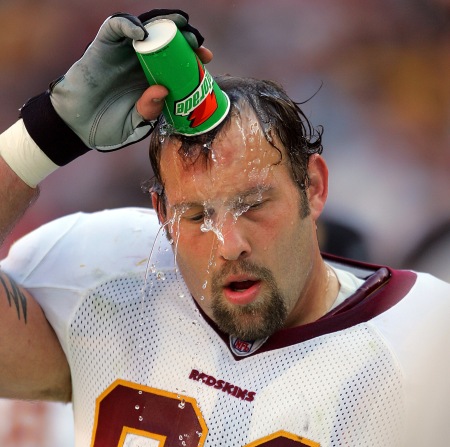 I mean, come on, bro. The water goes in your mouth. You're not Robert Hays and this is not Airplane.

And somewhere in the land of free agency, Ethan Albright sheds many a tear, preparing once signed to write the second edition of his epic letter to John Madden three years ago.