D.C. Rank And File: Five Surprising Facts From The NFLPA

Share All sharing options for: D.C. Rank And File: Five Surprising Facts From The NFLPA

From my seat in the downtown office of the NFL Players Association, I listened as George Atallah (NFLPA Assistant Executive Director) outlined much of the union's case in the ongoing talks with the NFL Collective Bargaining Agreement. There are two sides to everything, of course, and there is a considerable amount of money being made by everyone in today's NFL. Despite the size of this pie, the way it is carved is of the utmost importance to all involved.

As I listened to Atallah's impassioned plea delivered in what was unanimously determined to be a dead ringer for Kevin Spacey's voice (think Kevin Spacey in American Beauty), I let my mind wander to other great union clashes in my lifetime.

1) "Last Exit to Springfield," The Simpsons: At the local chapter meeting of the International Brotherhood of Jazz Dancers, Pastry Chefs and Nuclear Technicians, Homer becomes president and leads his fellow workers to get back their dental plan. This is not only a great moment in Union history, it is one of the best episodes of The Simpsons of all-time.

2) Gung Ho: I know I wasn't the only one who saw this mediocre-at-best movie. Michael Keaton and George Wendt were great as auto factory guys battling the overseas Japanese management. If you haven't seen this already ... uhhh ... throw it at the end of your Netflix list (seriously, this movie is pretty bad but it is great if your PS3 is broken or if your cable is out).

3) "The Strike," Seinfeld:  Kramer ends his strike working for H&H Bagel, George introduces Festivus to everyone and Jerry dates "two-faced" Gwen. When the minimum wage laws were changed, Kramer goes back to work but resumes his strike when he can't get time off for Festivus. Another great aspect of this episode is the card George gives out to his officer mates. Each card says that a donation was made to The Human Fund, with the following words: "The Human Fund. Money For People."

5) The strike in Ocean's Thirteen: Not sure how this one rises to the top other than the fact this movie has been on no less than 259 times in the last few months on basic and premium cable. I think there is a law mandating a minimum amount of times this movie should play on TNT each month (The Lord of the Rings and Office Space are also in this legislation). But when the multi-zillion dollar operation gets held up over a few thousand bucks to some factory workers making dice, I always chuckle. Casey Affleck channeling Emiliano Zapata to inspire his fellow workers to revolt is a treat.

Anyway, diversion over. This week, I thought I would give you five factoids provided by the NFLPA that were most interesting. I am happy to offer Roger Goodell the same amount of ink in a future DC Rank and File column. Will someone be sure to let me know when he calls me back? 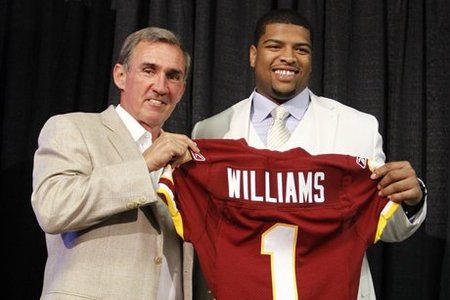 I know this is partly due to the expansion of the overall salary cap but this would be one stat I would not have expected to see. I realize only the top of the first round gets the silly money, but it is so silly that I would have expected the year-to-year increase of the silliness to those top picks would at least keep the percentage flat, if not increase it.

The NFLPA claims that the Rookie Wage Scale is not a player's issue. Domonique Foxworth, the NFLPA's youngest member of the Executive Committee, is adamant that you get paid for potential in the NFL and that is how it should be. The players will make the owners bargain for a rookie wage scale and you can bet they have a few ideas in mind for the owners when they come calling for it. 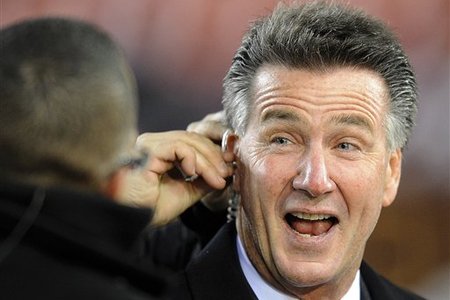 This number is staggering. I am told that of the 32 teams in the NFL, ZERO spent the full salary cap amount on veterans in the past five years. As a Redskins fan, I find this impossible to believe. I was under the impression that Dan Snyder was paying more than 100 percent of the amount he was allowed to spend. Imagine fighting for your piece of the pie and seeing $400 million worth of your pie sitting uneaten just out of your reach. 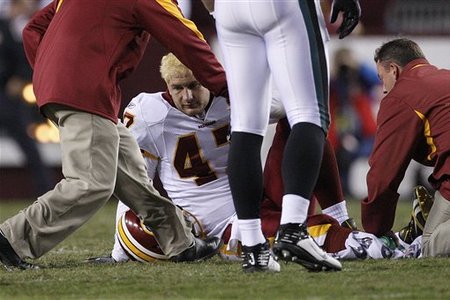 It takes three years to qualify for five years of post-career health benefits, so a lot of guys get bounced out of the league before they even can secure health coverage for issues that very well could have been the reason they are out of the NFL. 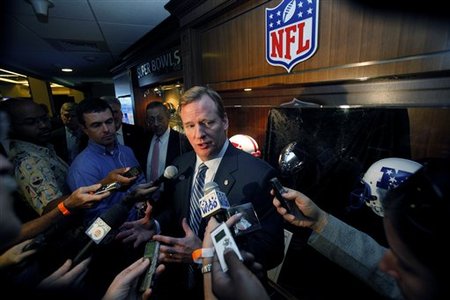 DeMaurice Smith, the NFLPA Executive Director, looked me in the eye and asked me if I knew of any other company that had increased its value to the tune of 500 percent in the last 15 years. Before I could say Vandelay Latex Company, Atallah and Smith both said in unison, "There aren't any, we checked." Yeah. This is one huge pie indeed. 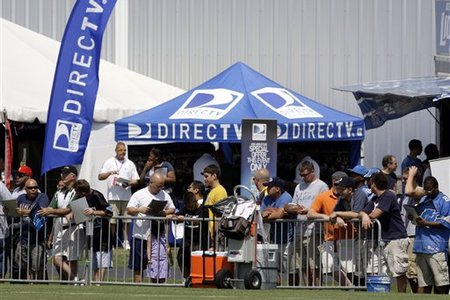 Smith loves this one. He claims that not only could you not get this kind of a deal from a bank, but you also couldn't get this kind of deal from any insurance company in the world. Further, it gives the people in charge of causing a work stoppage an incentive to cause a work stoppage. "After all, this is not a strike, it's a lockout," says Smith. "And the ones in charge of pulling the trigger on it are lined up to get paid billions of dollars to do nothing."

This thing will play itself out over the next year and it's likely to get a bit messy. Both sides will claim to be working "for the fans" to get this thing resolved. It is possible that whichever side toward which the fans are more sympathetic will have an advantage over the other. Keep your minds open. There will be villains and heroes on both sides of this one.