For my 23rd birthday, I was given tickets to see Stephen Strasburg pitch. Instead, I got to see a fun baseball game with a packed house, which was a pretty good gift anyway.

Share All sharing options for: Stephen Strasburg's Missed Start Wasn't The End Of The World For This Nationals Fan

Like everybody else in the D.C. area, I wanted to see Stephen Strasburg pitch. I needed to see what all the fuss was about. When I checked the schedule last week and saw that Strasburg's next start was coming on July 27, which happens to be my birthday (not fishing for birthday wishes, it's an important part of the context to this story, I promise), I couldn't think of a good enough excuse not to go. So I bought my tickets, then spent the next few days getting appropriately juiced for my first experience with Washington's baseball savior.

I've been to a few Nationals games this year, including one against the two time defending N.L. champion Philadelphia Phillies, but I was totally unprepared for what I saw outside the park on Tuesday night. I knew the Strasburg hype would be significantly higher than that, but it surpassed my expectations by a pretty wide margin.

When we passed through the L'Enfant Plaza metro station on the green line, it looked like that scene in Apacolypse movies when everyone has to board a single space ship that would take them to salvation or risk be left behind to face their certain doom. They stood eight deep on the platform, pushing and shoving, all trying to get to the ballpark as fast as they could to see Baseball Jesus. 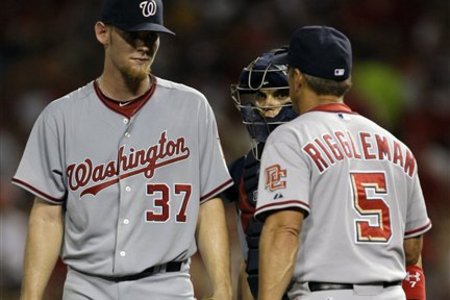 Walking up to the stadium, there wasn't just a ton of people, there was a legitimate buzz in the air. People were expecting to see him do something special. When I got into the stadium and I heard the chorus of boo's from the fans, I just assumed they were booing the Braves lead-off hitter or an Adam Dunn trade.

But when I peered through the bleachers in right field to get my first in-person glimpse of Strasburg, I saw Miguel Batista. I turned to my friends and said, "Ummm, Strasburg isn't on the mound. Is this a joke?" That's when I received a text from my dad that said, "Strasburg couldn't get loose, I feel so bad for you." My own father felt bad for me, on my birthday no less (see how that builds the tragedy level? This is story construction at it's finest, people).

I knew I wasn't the only person in the packed stadium who was extremely disappointed. One of my friends asked me if I thought that the team had deliberately misled the fans to boost ticket sales. In my state of shock I had to pause and think about it before I emphatically said no. I knew the team would never do something like that, but I was just so upset that I wasn't totally unwilling to consider it. 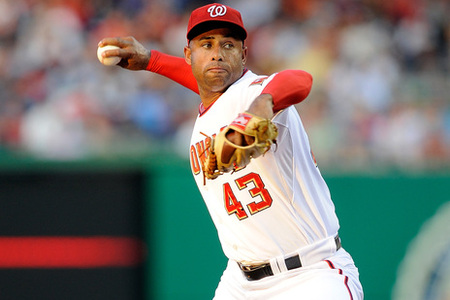 But then, much to the surprise of me and the rest of the fans in shock, the sky didn't fall. The game went on as scheduled, even without Strasburg. I expected all the fans who had come to the game just to see Strasburg to leave as soon as they could, but there was no mass exodus to the gate. The stadium was mostly filled when the game started, and it remained that way through most of the contest.

Batista got through the first relatively cleanly. Then in the bottom of the first, Nyjer Morgan hit a single, stole two bases, and scored before the Nationals could finish their second at-bat of the game. The fans raised up in a reluctant applause. By the end of the second inning, it was 3-0 Nationals, which would prove to be the final score. 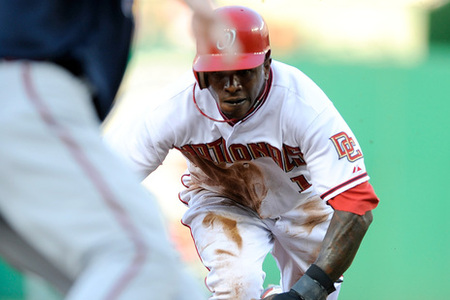 After the initial shock and disappointment wore off, I realized that I still had it well. Look, it was a beautiful night, I was at a baseball game, the Nationals played a hard-fought game against a really good opponent and, most importantly, they won. If I wasn't expecting to see Strasburg that night, I couldn't have asked for more out of a baseball game. I'm assuming that I'm not the only one who felt that way.

Which is why Strasburg missing his start last night might have actually been a good thing for the Nationals and their fans. I know that the majority of them weren't happy at the time. Believe me, I know. But they stayed, and they got to see a pretty exciting baseball game for their trouble.

I allowed myself one inning to wallow in a pool made of equal parts self pity, and the strawberry daiquiris they sell at the bar in center field, but after that, I tried to enjoy the fact that I was at a baseball game. And enjoy it I did.

The hope is that all those people who would only dare come to a Nationals game to watch Strasburg pitch saw that there is something worth coming to see at Nationals Park even when he isn't pitching. Here's hoping they had enough fun to consider coming out more often than every fifth game. 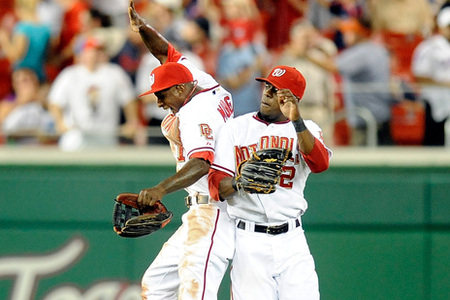