Everything you need to know about D.C. Sports in one place.

They say a picture is worth 1,000 words, so since there have already been so many words written about the start of Redskins training camp, I'll just post this 1977 SI Vault picture (via Mister Irrelevant). 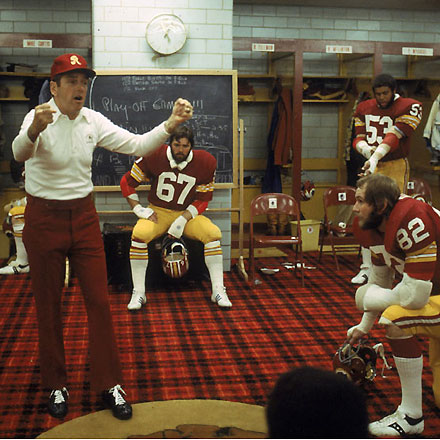 If that doesn't get you ready for football, I don't know what does.

On tap at SB Nation D.C.: Need help figuring out what the cliche quotes coming out of Redskins Park mean? Jake Whitacre has this handy translator. Also, Chris Needham writes about the Nationals' surplus (or lack thereof) of pitching heading into the home stretch of the season.
Finally, I will be down at Redskins Park today for the first day of training camp, so check back here for that coverage.