Redskins Training Camp: Where We Help Gillette Give Chris Cooley A Nice Shave

SB Nation D.C. spent Saturday morning hanging out with the winners of Gillette's Ultimate Summer Job promotion at Redskins training camp. Read about how we helped Chris Cooley get a much-needed shave.

Share All sharing options for: Redskins Training Camp: Where We Help Gillette Give Chris Cooley A Nice Shave

Editor's Note: SB Nation D.C.'s Jordan Ruby got a chance to hang out at Redskins training camp Saturday with Gillette as they embark on theirGillette Fusion ProGuide Ultimate Summer Job series. Ruby tells us about his experiences here.

Part of the life of a professional football player is dealing with the media. Chris Cooley is entering his seventh NFL season, and as a marquee player, he is no stranger to the after practice Q&A Session. But even with all his experience in front of the microphone, I don't think Chris has ever done an interview quite like the one he did after Redskins practice Saturday. 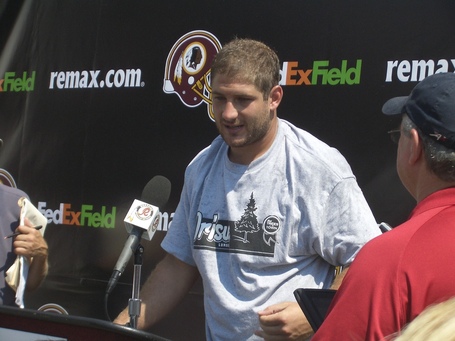 Adam Ward and Jason Zone Fisher won the Gillette Ultimate Summer Job contest and have spent the last month or so traveling the country and taking in some of the more famous events in sport. They were backstage at the ESPY's, on the field at the MLB All-Star Game and even kissed the bricks at the Brickyard 400. "Ultimate" was by no means hyperbole in the job description. Their entire Summer has been the stuff of sports fans' dreams. 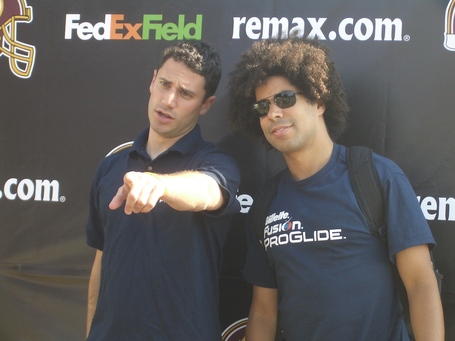 Their job isn't just to take it all in, though. No, they are actually working. In each stop, they hand out free razors and make videos that go onto their Gillette blog. On Saturday, they were at Redskins Park, talking up fans, peddling their wares and trying to get the attention of players who didn't seem particularly interested in skin care after a two-hour early-morning practice. But there was one player who took the time to talk to the Gillette boys: the aforementioned Chris Cooley. 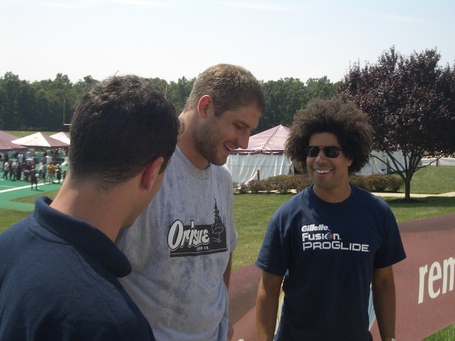 Adam and Jason were able to secure an exclusive interview with the Redskins tight end, and as soon as they were able to pull him away from the rest of the media, they noticed something that had to be corrected. As you can see here, Chris had a significant amount of scruff going on. In this non-experts' opinion, I'd say he built up about two weeks worth of scruff on his face. I don't know how it happened, but somebody talked him into trying out the new razor right there on the spot.

It might not have been the most comfotable place for a shave - outside, without the aid of either a sink or a mirror - but Chris was a good sport and agreed to try Gillette's newest blade. Then it got a little weird. Without the mirror, there were some spots that Chris just didn't notice and needed help to fix. Without skipping a beat, Adam and Jason stepped in and took turns shaving the pro-bowler. 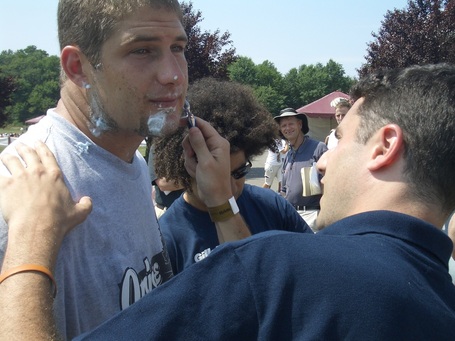 If it sounds a little awkward and uncomfortable, that's because it was. But it was all in good fun, and it drew the attention of most of the reporters who had wandered away after Chris had spoken at the podium. After all, this was much more interesting and unusual.

A few more strokes in front of the glossy glass in back of the team's facility, and Chris was all done. It looked smooth, but I decided to just take his word for it. The only bad part is that Chris admitted that his wife does not like the totally clean-shaven look, so hopefully this didn't cause ripples in the Cooley household. 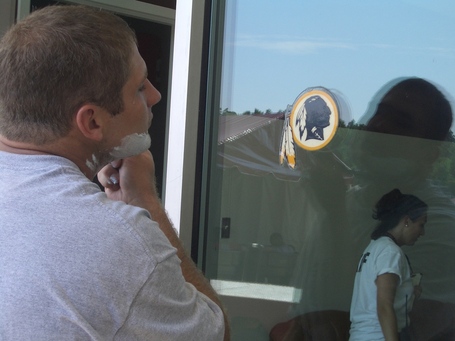 Now I can cross, "Get uncomfortably close to a professional football player while he attends to his personal grooming" off my bucket list. FINALLY! But that wasn't all that was going on at Skins Camp Saturday. Here are some highlights. 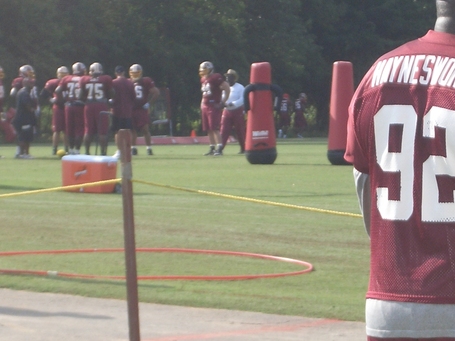 Those guys off in the distance there, are the D-Lineman practicing. I think you know who the guy in the fore-ground is, and why he isn't wearing any pads right now. The only thing we could hear him say while he was in ear-shot was how good the new Rick Ross album was. Take that as you will. 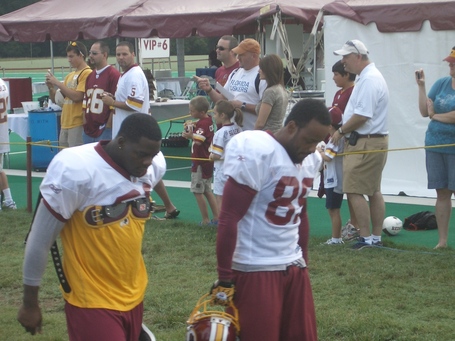 The U is in the building! 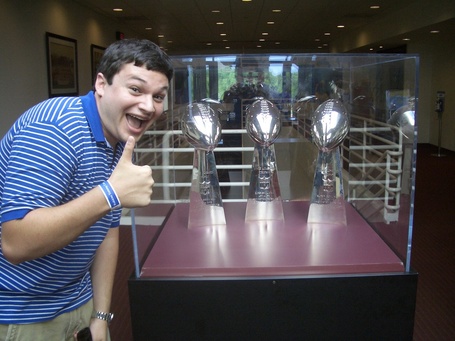 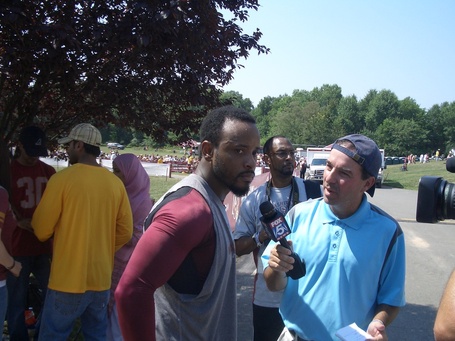 I'm not sure what I did to offend Santana Moss, but apparently I did.

Thanks again to the Gillette guys for letting me tag along.