Who Is Washington D.C.'s Best Basketball Player Since Len Bias?

Kevin Durant and Steve Francis have both staked their claim to being the best player to come out of D.C. since 1986. To get to the bottom of the argument, we take a look back at the ten best players to come from the D.C. area since Len Bias.

Share All sharing options for: Who Is Washington D.C.'s Best Basketball Player Since Len Bias?

There's been a lot of good debate over the last week or so about Steve Francis' place among the best basketball players to come out of the D.C. area, which is great since this is the slowest time of the year for sports news.
What makes the debate all the more interesting is that Steve Francis didn't do much to qualify his claim, other than saying he was the best product from the D.C. area since Bias. With so little to work on, there are so many different ways to evaluate who truly is the best player since Bias. Do you go off of their street cred? Name recognition? Contributions to the city? Most memorable moments? Player that you would pick first in a pickup game? It makes for plenty of good discussion, whichever way you take it.
For my contribution to the discussion, I'm simply going to take a look at which players from the D.C. area were the best when it came to playing on the NBA hardwood, when they were at their best. Though longevity is an important quality to possess, the only fair way to evaluate players against other players is judge them at the point when their star was shining brightest.
Before we get to the Top 10 list, we should pay some respect to the players who didn't make the cut. First off, since we're strictly talking about the D.C. area, we can't include the great players to come out of Baltimore in the post-Bias era. Sorry, Carmelo Anthony, Rudy Gay, Sam Cassell and Juan Dixon. Furthermore, we have to give due respect to players such as Michael Beasley, Greivis Vasquez, Sam Young and Ty Lawson, who could make it on this list before everything is said and done, but haven't done enough to prove themselves on the NBA level just yet.
Finally, let's take a look at some of the players on the bubble who just missed the cut. There's quite a few solid players on here:
Now that we have that out of the way, let's get to the Top 10. 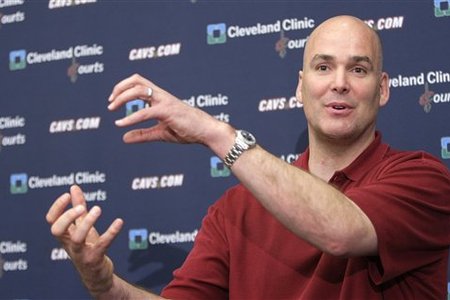 He's not the first guy who comes to mind when you think of D.C. hoops, but he played at DeMatha in Hyattsville, so he has to be considered. Most fans in this area will remember him more for being the villain who led Duke in the late eighties and then broke up the trio that led the Wizards to the second round of the NBA Playoffs when he signed Larry Hughes to a contract while he was GM of the Cavaliers.

Once you shed that away, and ignore that he never lived up to his draft position after being taken second in the 1989 NBA Draft, you find a pretty solid player. In the 1995-96 season, he was good for 13.3 points per game, while shooting 39.4% from downtown. Plus, he's the only player coached by Mike Kryzewski who has gone on to win an NBA title, so that has to count for something.

Later in that 1989 Draft, the Jazz found a gem in Blue Edwards. The D.C. native spent most of his prime with the Jazz and Bucks, including a banner year in his first season with Milwaukee, where he averaged 16.9 points per game and 4.7 rebounds.

Like Edwards, he's not someone that you think of right away when you think about D.C. hoops, because he played his high school (Massachusetts) and college hoops (Georgia Tech) outside of the area, but he deserves your consideration. Jack has proven to be a reliable, both as a starter and coming off the bench. The Fort Washington native played quite well in his first season with Toronto, averaging 11 points and five assists per game, while shooting 48 percent from the field and a career high 41 percent from three point land.

Green will climb the list as he continues to expand his game, but he's already doing quite a fine job as it is. He's going to be a very good player for a long time in this league, but his biggest contribution to the D.C. hoops scene has been the revitalization of Georgetown hoops. He gave John Thompson III the star player he needed to get Georgetown back on the map and he spurred the Hoyas' Final Four run in 2007.

In a lot of ways, Walt Williams is to Maryland what Jeff Green is to Georgetown. Walt Williams gave Gary Williams the star he needed to turn Maryland around after Len Bias.

They also have very similar games. Neither one was built to be the number one guy for a contender, but they are perfect as complementary players. They could play multiple positions and score, defend, rebound and find the open man from each of them. Williams gets the edge for now because of his outside shot and his passing, but Green still has plenty of time catch up before his career is over. 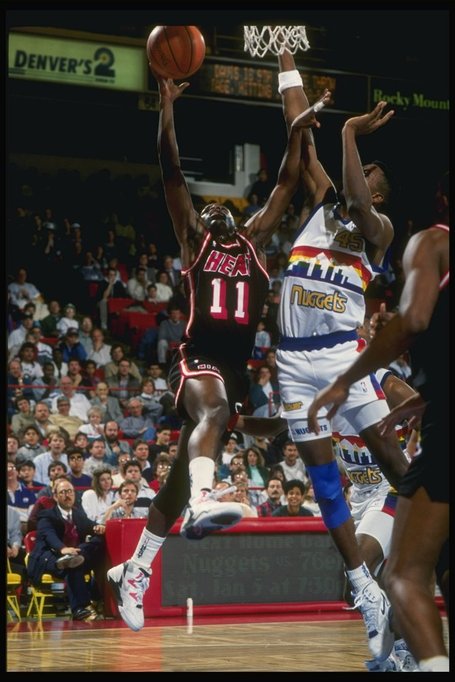 Like Ferry and Edwards, Sherman Douglas was taken in the 1989 NBA Draft. It didn't take long for Douglas to make his way into the starting lineup where he put up some killer stats in his first two seasons. In his second year, Douglas averaged 18.5 points and 8.5 assists per game while shooting 50.4% from the floor (admittedly, this is a little skewed by Douglas avoiding long-distance shots that would water down his percentages, but still, that's impressive). Only two other players in NBA history averaged 18 points and eight assists while shooting over 50% from the floor in their first two seasons in the NBA: Magic Johnson and Kevin Johnson.

Kyle Weidie has already done a tremendous job of explaining why Steve Francis is not the best player to come out of D.C. so I won't expound on that any further. Instead, let's dwell on Francis' positives.

Francis will always be remembered for his scoring and his ball-handling, but he wasn't the one-dimensional player that the highlights might make you think he was. Truth is, he was also a solid passer and rebounded quite well for his size. Three times in his career he averaged over six assists and six rebounds per game and was two-tenths of a rebound per game away from doing it a fourth time. Only nine players have put together a season where they have averaged 20-6-6, and Steve Francis is one of them. The other eight? Michael Jordan, Magic Johnson, Larry Bird, LeBron James, Clyde Drexler, Kevin Garnett, Scottie Pippen, Gary Payton and one man who is still to come on this list.

No, Kevin Durant can't say he's a member of the 20-6-6 club, nor does he have three All-Star Games to his credit, yet. But I think he's got enough to make his claim. Let's review:

Grant Hill is the other member of the 20-6-6 club from the D.C. area, reaching the mark four times in his NBA career. Like Danny Ferry, he's not someone that we associate with D.C. right away, because he played at Duke. But before he signed on to play with Coach K, he made a name for himself at South Lakes High School in Reston.

Even though injuries robbed him of some of his best years, he still has a résumé anyone would be proud to hold.

The Admiral was taken with the first pick in the 1987 Draft, which means he's not only the most successful player to come from the D.C. area since Len Bias, but he was also the first player from the area to make it to the NBA after his death. The two of them actually played against one another in 1985, while Robinson was still growing into the force he would become during his final two seasons of college.

You couldn't ask for a much better player to usher in a new era of D.C. basketball. He turned the Spurs into an immediate contender, leading a 35 win turnaround in his rookie season, while picking up Rookie of the Year honors and being named to the All-Star Team. The Spurs never fell out of contention while Robinson was a part of the team, save for the 1996-97 season when he only played six games.

The Hall of Famer has two NBA Championships, two gold medals, a bronze medal, an MVP trophy and 10 All-Star appearances to his credit. At his peak, he was good for 25 and 10 every night, not to mention a few blocks, assists and steals every once in a while. So why doesn't he come to mind faster when we think of the greatest players to come out of D.C.? For one, he was never a dominant high school player, so he never developed the grassroots buzz and respect that players like Hill, Durant and Francis did. Even though he somewhat made up for that by playing college in nearby Annapolis, he still flew under the radar because he wasn't playing at Maryland or Georgetown at a time when both were making deep runs into the NCAA tournament.

He may not be synonymous with D.C. hoops culture like some of the other players on this list, but when you take a look at each player at the peak of their powers, there's no question that David Robinson is the finest player D.C. has produced since Len Bias' untimely death.