We're talking Redskins training camp drama with Haynesworth, position battles, Nationals trade deadline action and much more. Strap yourself in -- should be a fun one.

Welcome to Talking Points, where each week I run down the stories that made the biggest splashes in the blogosphere last week and tell you what to keep an eye on for the week to come. Last week, we finally got some action. We're going to be talking Redskins training camp drama with Albert Haynesworth, position battles, Nationals trade deadline action and much more. Strap yourself in, should be a fun one. On to the talking points. 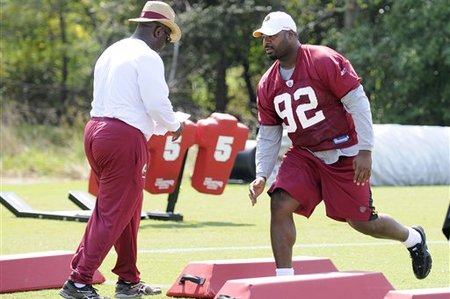 Training camp has arrived! You know what that means? We are all one month away from meaningful NFL games. Let's get hyped, ladies and gentlemen! The good news is that everyone on the team decided to show up, including number one draft choice Trent Williams, who signed his rookie contract on Friday, and Albert Haynesworth.

Oh, Albert. The drama that has been following you around never seems to end. It certainly doesn't help that we all know what is up with you at every waking moment since all major news outlets have a correspondant following you around wherever you go. Sucks to be you, weird Al.

For now, the drama is all concerning this conditioning test, and here's a summary of the recent events: he's failed it twice, came real close to making it once, and skipped it for the last three days due to a knee injury. He'll try again Tuesday.

Assuming Haynesworth was going to come to camp in shape because he had a really good year once is like assuming that any new M. Night Shyamalan movie is going to be good because he had that one "I see dead people" movie a while back that was decent. We all saw Albert laying on the field, looking like he got shot by a sniper from the upper deck during the season last year. You shouldn't have forgotten that. If he can't be "in shape" during football season, how on earth is this guy supposed to be in shape for training camp?

Its not really "news" to me that he is out of shape. It's fun to make fun of the big guy of course, but not really news. I'm pretty much done with the coverage of it.

For some actual news, how about wide receiver Joey Galloway running with the first team? Malcolm Kelly is kind of struggling, and while Devin Thomas is apparently making moves that might eventually put him in the starting lineup, Kelly cannot seem to do anything to get ahead. Clinton Portis appears to the be the starting back so far, but Larry Johnson is breathing down his neck with something to prove. Finally, the Cult of Colt might not be long for this world, especially since Mike Shanahan only carries two QB's on the active roster.

Basically, you need to follow our training camp StoryStream, because it's way too much for me to link here. It's all in there. Isn't pre-season fun?!?! 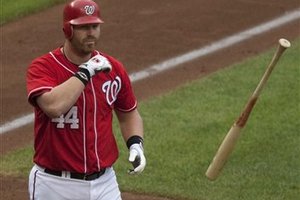 The trade deadline has come and gone, and here's what did and didn't happen. First of all, Adam Dunn is still here. The most talked about trading piece the Nationals own is still a National. That could be a wise decision if they can sign him to a two- or three-year extension before he hits free agency. It could be bad if they sign him to a four-year extension or lose him to another team in free agency, leaving them with just two compensatory draft picks. It's a gamble by Mike Rizzo, but i'm thinking he's pretty confident he'll get a deal done for Dunn if he didn't trade him. It's only logical.

The team did manage to trade away a couple people, however. All-Star closer Matt Capps was traded away for the catcher of the future and a young left-handed pitcher. Also, Christian Guzman was traded (about four years too late) for a couple of minor league pitching prospects. Finally, the team signed Cuban defector Yunesky Maya who, at 28 years old, and never having pitched in the majors, might be the team's new No. 4 starter sooner rather than later.
Rizzo seems to be making all the right moves. The catcher he got for Capps is a legit prospect and he got him for a pitcher that was non-tendered in the offseason. The Maya signing is an intriguing one and shows that they are hopefully getting serious about international scouting. As for the new pitchers the team has added to its minor league ranks, well I guess you can't have enough pitching. I cannot fault Rizzo here for any of his moves so far, except if he doesn't sign Dunn to a decent contract.
In actual game news, Ryan Zimmerman is amazing. He hit another walk-off home run on Friday. Since he's arrived in the majors, no other player has hit as many walk-off home runs as our boy Zim. No one. Look it up. He's done it seven times in his young career. How clutch is he? Well, he's more clutch than any of your favorite players who aren't named RYAN ZIMMERMAN!
Other Tidbits: 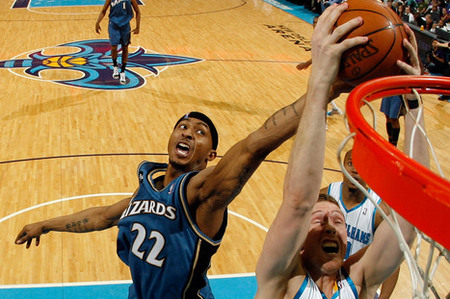 All is quiet for the Wizards, except for a few player signings. Seriously, can't one of these guys do something remotely interesting during the off-season, or has the whole Gilbert Arenas thing turned "Fun Street" back to regular old F Street? Ya gotta give me something!
Other Tidbits:

As quiet as the Wizards are, the Capitals are even more silent. Almost ... too silent.
Other Tidbits: 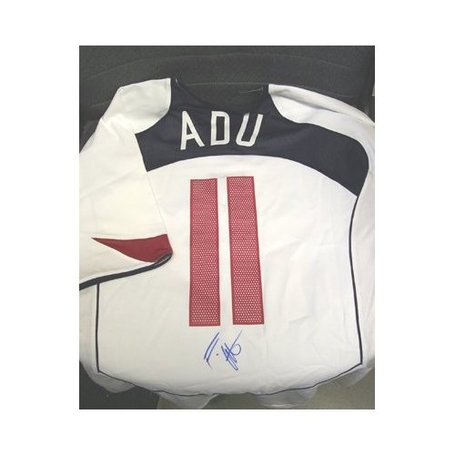 An autographed Freddy Adu jersey actually made this list? How much do you think this jersey is worth? I know how much I would pay for it and its certainly not the $426.55 plus $6.99 shipping that is being asked for on Amazon.com right now.

Sure, it's an autographed jersey, but it's not like it was signed by, ya know, a good player. It's not even game worn. I'm sure a game worn jersey by a craptastic player should probably go for more than a regular jersey you bought at Dick's signed by a player that didn't live up to any of the potential he supposedly had. He's playing in Greece right now. Total hotbed of soccer talent I hear. Greece, that is.

It is on sale, however, from its normal price of $449. So by that metric, getting it at $426 is a bargain. All you Freddy Adu fans out there, jump on this deal! I bet they'll even ship it to Greece! SUCKERS!

The best part of the summertime lull in sports means that one gets an opportunity to enjoy the summer movie season. I never get a chance to catch up on all those Oscar-worthy movies that are released in the fall/winter time until well after they are on video. This is mostly because of football season and my desire to not want to waste my time like a sucker in a theatre when I could be on my couch eating Doritos and drinking Gameday Light. During the summer, though, only baseball is on! I can easily miss a game or two there with a night at the movies.

There are a bevy of movies out there that I really want to see before this summer is out. Dinner for Schmucks, Other Guys (hell yeah Michael Keaton!), Predators (WTF is Topher Grace doing in that?), but one movie stands tallest among them ... The Expendables. If there was ever a movie made for the summer fun of guys having a few drinks and then going and gorging on the testosterone-fueled, machine-gun-blazing, ass-kicking mayhem that will be brought to life by Sly Stallone and his cast of characters, this is it.

I did see Inception. It was pretty good -- it had me and everyone else talking after the movie. For my dollar, if you have to discuss it for a few days afterwards, that is a good sign that a movie is good. Also, I need to see it again now after all that discussion. I should've done that while my wife was out of town last week. What was I thinking? Curses!

So which theatre in town should I go see these in? Gallery Place or Georgetown? Do I dare leave the city and go to VA or MD and hit up the suburban theatres? Are they that much better? Generally I hit up the Georgetown theatre since it has the least amount of in-movie commentary, but occasionally that is quite essential to a proper movie experience. Oh, and finally: Did I miss any movies that I should be watching before this summer is officially done?

These are my thoughts and those are my questions. Feel free to answer in the comments or leave an email at bjpsbnationdc AT gmail DOT com. Or just leave me hanging like a sucka.