An Ode To Doug Dutch, The Now-Departed DMV-Loving Redskin

Share All sharing options for: An Ode To Doug Dutch, The Now-Departed DMV-Loving Redskin

The name "Doug Dutch" probably doesn't mean much to Redskins fans at this point. In fact, even though I'm writing about him now, I'm guessing I won't convince you to pay more attention to the guy going forward. But since he was just traded to the Ravens today, I figured it was worth doing a little Dutch retrospective.

On the field, there isn't much to the Dutch package. Off the field, though, he was definitely an interesting character. Dutch starred locally for Gonzaga in high school, and after playing at Michigan, the Redskins signed him as an undrafted free agent last year. Immediately, the guy professed his love of the Redskins, saying it was a "dream come true" to play for his hometown team. He also hated the Cowboys, which immediately made him a fan favorite of sorts last year.

But the most memorable part of Dutch's tenure with the Redskins has to be the unveiling of his "fan club" of sorts during last year's training camp.

You see, Dutch was a longshot to make the roster even last year, so he needed all the help he could get. Therefore, he decided to bring in some of his fans to root for him one day before an intra-squad scrimmage. Redskins.com blogger Matt Terl snapped pictures of Dutch's 14-person entourage last year. 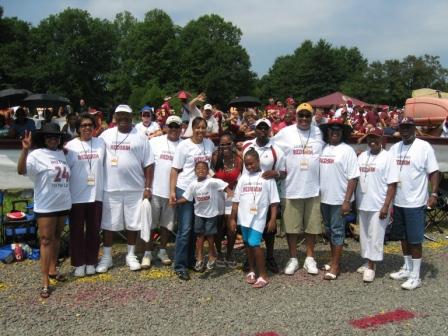 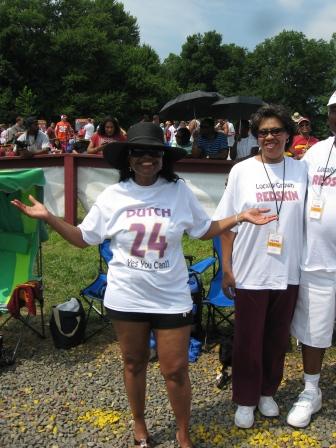 The shirts said "Homegrown Redskin" on one side and "Yes We Can" on the other, the latter an obvious homage to our president. Now that he's going to the Ravens, it's on those fans to come up with another original slogan for their guy.