D.C. Talking Points: What A Difference A Week Makes

We break down the Redskins/Ravens game, figure out what Mike Shanahan will do with Albert Haynesworth, discuss Nationals injuries, start your week off with some Beastie Boys and much much more!

Share All sharing options for: D.C. Talking Points: What A Difference A Week Makes

Welcome to Talking Points, where each week I run down the stories that made the biggest splashes in the blogosphere last week and tell you what to keep an eye on for the week to come. It's been a couple weeks since I last graced SB Nation D.C. with a Talking Points, but I am here to make up for some lost time.

Boy, what a difference a week makes, huh? After the domination of the Buffalo Bills, Redskins fans had to be saying to themselves "Wow, maybe this year won't be so bad after all!" I mean, at least that's what I was saying all last week. Then the 'Skins played the Baltimore Ravens, and lo and behold they stunk up the joint. To avoid using any sort of words to get me in trouble with the editors, we shall say that their performance as a team was "not good."

Look at the combined numbers for Donovan McNabb and Rex Grossman: 25 of 47 for 401 yards with zero TDs, two INTs, two fumbles lost and four sacks. Sure, the 400 passing yards look great on paper, but that number exists because they couldn't move the ball on the ground at all. The combined total yards gained by the running backs was 25. Not good.

Further, what is up with the lack of any touchdowns and the four turnovers? These numbers have to be partially attributable to the quarterbacks having to run for their lives to avoid getting sacked and getting nailed after they do release the ball. The offensive line still has a ways to go. Trent Williams, we're looking in your direction.

Also, the quarterbacks might not be as good as the team and fans would like them to be. McNabb looked like the quarterback that Eagles fans loved to hate with his maddening inaccuracy and a penchant to make the wrong decision at just the wrong time. While he made a few nice plays, they were negated by the ones he didn't make. Grossman was even worse most the time. Not good at all.

The defense played more undisciplined than we're used to seeing. They gave up 400 yards of offense while managing to create just one turnover and got penalized a lot.  Giving some credit to the D, the game would've been far more lopsided if they didn't make a ton of third down stops. On the whole, however, not good.

Special teams was even fooled by a fake put that netted the Ravens 51 yards and led immediately to a touchdown. Not good.

In summary, the offense stank, the defense wasn't smelling great either and the special teams slipped up once but otherwise smelled OK. Granted, the Ravens are one of the top teams in the AFC, but if this is how the Redskins play against top competition, then this will be a long season. They'd better learn from this game and learn quick. Sink or swim time boys!

And then there's Albert Haynesworth. When will this battle of wills be over? Shanahan will not give in and apparently neither will Haynesworth. How can this drama ever really be resolved? I think Shanahan puts a bounty on his head and ends his season quick. That's right, Shanahan will humble him one way or another, even if it means knocking his best defensive lineman out for the season. There can be no winner if everyone loses! TWO MEN ENTER REDSKINS PARK ... ONE MAN LEAVES!!!

Finally, keep an eye on the position battles this week as the first round of roster cuts is just around the corner. On Aug. 31, the team has to get down to 75 players and then down to 53 players on Sept. 4. Players like Malcolm Kelly that have yet to do anything in camp or practice need to make a move this week to make it through this first wave of cuts. Should be interesting to see who makes a late statement that they belong. 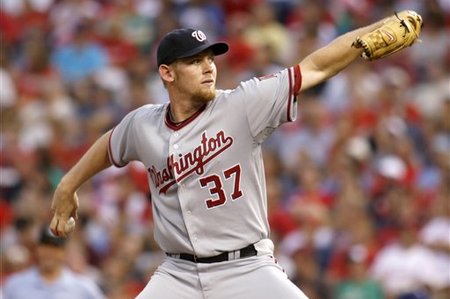 This season has taken a turn for the worse, ladies and gentlemen. Besides being 20 games back and loser of six of their last 10 games, Josh "The Hammer" Willingham is done for the season and the greatest young pitcher since the last great young pitcher, Stephen Strasburg, is hurt again. The Nationals have had three different managers and two general managers in their brief existence. Maybe they need to stop firing managers and to start firing their training staff. Can they do nothing right??

At this point, the Nationals really need to shut Strasburg down and get him right for next season. The team has Jordan Zimmerman set to return to the majors. There's no reason why he cannot take Strasburg's spot in the rotation to end this year. Strasburg has already pitched more innings than he's ever pitched in a season, so let the kid rest that golden arm. With nothing to play for this year, there's no reason to do any long-lasting damage to the future of the organization just to milk a few more tickets out of us gullible fans.

There is some good news in Nats Town, with Ian Desmond developing into quite the No. 2 hitter for the team. This proves that the Nationals actually can develop major league level talent. They just don't seem to do it very often. Hopefully Roger Bernadina can keep this new trend going and prove his worth in the majors over the course of a full season.

While its so far so good for Roger, it is just the opposite for poor Mike Morse. Morse is being exposed for what he really is on a nightly basis with a .185 batting average this month in regular action. He was a nice story for a while, but now he's a bit of a liability.

No news on the Adam Dunn contract extension, which leads me to believe that the Nationals are hoping and praying that recently signed Bryce Harper will, overnight, mature into a man and be their number three or four hitter for the next two decades starting next season. There is no other reason why they have yet to resign Dunn. GET IT DONE RIZZO! 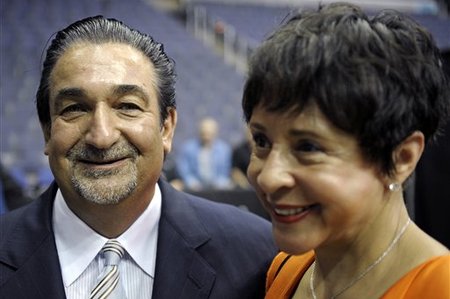 All is still very quiet in Ted Leonsis land.  Neither team is making very many waves, so I've combined the two for your reading convenience.

Yes, this song is old school, because this album came out in 1992. If you are questioning me about this, you are old, like I am. For my dollar, this is the best song on Check Your Head. "So What'cha Want" was a bit overplayed and "Gratitude" is solid, but the drums on "Pass the Mic" win me over every time. The only song that can come close is the track "The Biz vs The Nuge," because Biz Markie is my hero. That man can do no wrong. 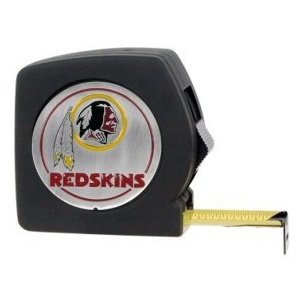 A regular tape measure at any hardware store usually goes for about eight to 10 dollars. This Redskins branded tape measure will set you back a cool $43.95 plus $2.49 shipping and handling. That is over 500 percent price inflation! This might be the single most insanely priced piece of memorabilia we've ever had when compared to other non team-affiliated items. It's not even autographed!

If you absolutely need to show your Redskins pride, however, is there really any price you wouldn't pay for this? I say get this item only if you work in construction and you are building a house for a Cowboys fan. Then take twice as long to build it and charge them triple. SUCKERS!!!!!

It's good to get back into the swing of things after a couple weeks off the website. It's also good to almost have the NFL season underway. My fantasy team is ready to go and I'm looking forward to big things this season. I do have a question for my readers that have ventured this far down in the Talking Points however.