As we mentioned yesterday, last night's episode of "Top Chef: D.C." featured the contestants cooking up ballpark food at Nationals Park. The episode, which was taped back on May 6, aired at 10 p.m. on BRAVO last night. Current Nationals Adam Dunn and John Lannan were featured, as well as former National Matt Capps.

If you're at all curious about what actually happened in the episode, Nationals Buzz has a recap here. Personally, I don't watch Top Chef, so I'm not that curious about what actually happened. (In a related story, I need to learn how to cook better). Instead, I just like interesting pictures of athletes in non-athletic settings, so I'll post these two pictures from BRAVO's photo gallery of the episode below the jump. 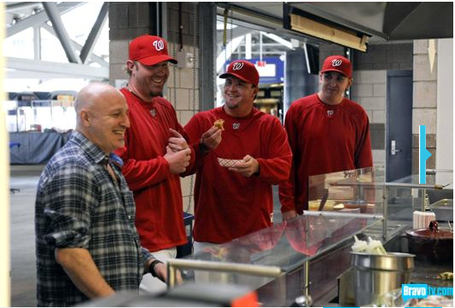 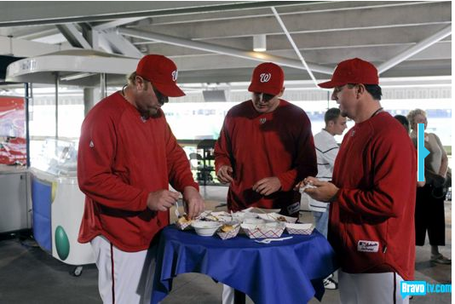