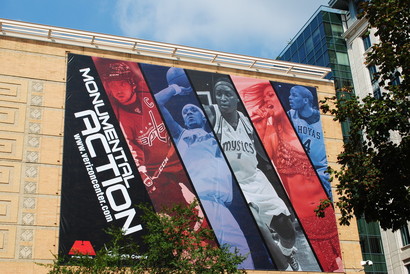 It's a snazzy new banner, that's for sure. But I have two questions. One, why is Blatche the featured Wizard instead of John Wall? My only guess is that it's because they don't have any good pictures of Wall in a Wizards jersey yet, but that's complete conjecture. The other question: why is Georgetown buried on the poster? I'm sure Georgetown fans won't take too kindly to that.

(Picture via Casual Hoya. Below the jump, a different angle, via Truth About It). 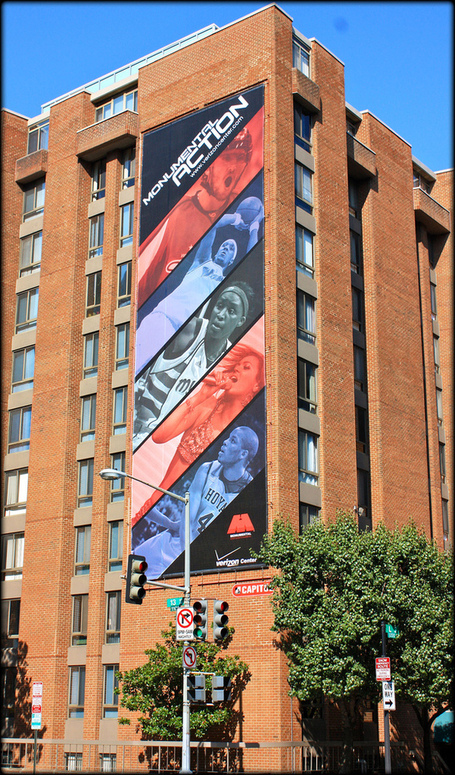