Is Redskins owner Dan Snyder trying to reinvent himself? Will the fans buy it?

In this episode, Redskins owner Dan Snyder is getting a makeover from the meddling owner who always does the wrong thing into the guy who is just a fan and happens to own the team -- an owner that cares deeply for the fans, just wants to win and is letting football people run the show. He is there for support and has the checkbook ready at all times.

A warning for viewers: this episode will not wrap up in 48-72 hours while the fans vacation at Disney World Six Flags. No, this makeover will not be fixed overnight. (Fortunately, we won't see that annoying Ty Pennington scream "move that bus.")

See, the makeover actually began back in November when the Skins owner (with a little prodding from PTI's Tony Kornheiser) said what was obvious to every Redskins fan.

"We've let everyone down, including ourselves, and we know that and we're just apologetic," Snyder said.

The makeover continued in December when Snyder fired his friend Vinny Cerrato and brought in Bruce Allen to run the front office.

"I think the best way to put it," Snyder said, "is it was time for a change."

Then, of course, the next move in the makeover was the firing of Jim Zorn and the hiring of Mike Shanahan

"No one in the organization is satisfied with our record over the last two years," Snyder said in a statement released by the team, "and I am sure that Jim would concur with that statement. It has been painful for him, too. I certainly accept responsibility for mistakes that I have made."

Fast forward to the start of training camp, and the owner is working hard to communicate with the fanbase. Sure (not surprisingly), Snyder is doing interviews with outlets he owns, but more impressively, he did an interview with SB Nation's Redskins blog Hogs Haven.

So what gives? Did Ghosts of Redskins past come visit him? Has he seen the light? Maybe it's as simple as the fact that he has people he can trust running the football operations. As he told Hogs Haven:

Mike is going to be like Joe [Gibbs]. He's going to retire a Redskin. This will be a great decade. It's going to take some time. Going back to the age of the team issue, I don't believe we're this older team. We have a 38-year old WR ... his age may skew it up or whatever the particulars are. I think the oldest team in the NFL won the Super Bowl last year. 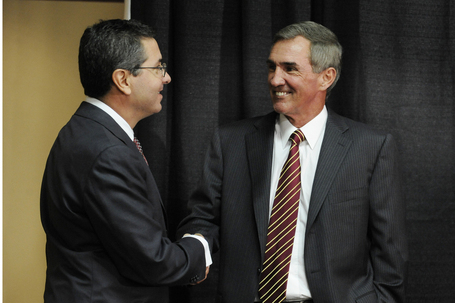 All this is great, and I'm optimistic. At the same time, I need more proof to fully believe this Dan Snyder is a kinder, gentler, and less meddling version of the old Redskins Owner. It will certainly take time to prove if this is the way it will be for the long haul. I mean, the Marty Schottenheimer year was not that long ago. Will a bunch of interviews really make up for Deion Sanders playing here? Brian Mitchell being released? Jeff George?! And what about all the other countless free agent signings and trades that were so bad that they are too painful to put in this story?

Winning, of course, would heal all wounds, especially if that includes Super Bowl titles. Heck, ONE Super Bowl changed the way everyone thought of Art Modell (except for those in Cleveland). The interviews and honesty are a good start for Snyder, but now he needs to never sue fans again, treat his employees better and perhaps lower ticket prices.

Oh, and also, he needs to restore freedom of speech at Fed Ex Field. In his interview with the guys from Hogs Haven, he made it seem like a former employee had a lot to do with that.

HH: One of the other main things we spend a lot of time listening to our readers kind of talk about -- listen, there was no shortage of stories last year that were negative and depressing for Redskins fans -- but the whole issue over the signs and the T-shirts and the impression from fans that the front office was dictating those decisions, you know what kind of signs you could have and what T-shirts you could wear.

Dan Snyder looked right at me and with a level of determination that had yet to really manifest itself, he smiled.

DAN: The front office has been changed.

I guess time will tell there, but I remain skeptical. 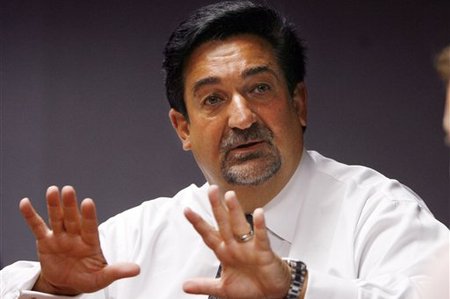 In this town, it is amazing what a little transparency will do for you. Why do fans love Ted Leonsis? He answers e-mails, lets his personnel people do their jobs and does everything possible to promote and market Alex Ovechkin and now John Wall.

So could Snyder be motivated by a market that is getting more competitive for D.C. sports fans' money? All of the other big franchises in town have young stars on the team (Ovechkin, Wall, Stephen Strasburg). I know the Redskins and the NFL are the KING, but what if they are not around next year because of a labor dispute? Also, what if fans stop selling out Fed Ex Field, due in part to the improved HDTV experience at home? This all seems farfetched, but you have to at least consider it.

Even if you think Snyder is a changed man for the here and now, what happens IF any of the below take place:

What if Shanahan struggles for a few seasons? What if McNabb is not the guy he was in Philly? What if Bruce Allen has a draft record on par with or below that of Vinny Cerrato?

What will the owner do then? Will he truly stay the course? Or will he get the itch to get overly involved again?

One off-season of interviews and strong sound bites will not give us the answer to how he will handle the next round of adversity. However, this episode of Extreme Makeover: NFL Owner is off to a good start at least, and when the bus is finally moved, maybe Snyder will look more like an NFL owner Redskin fans will be proud to call their own. 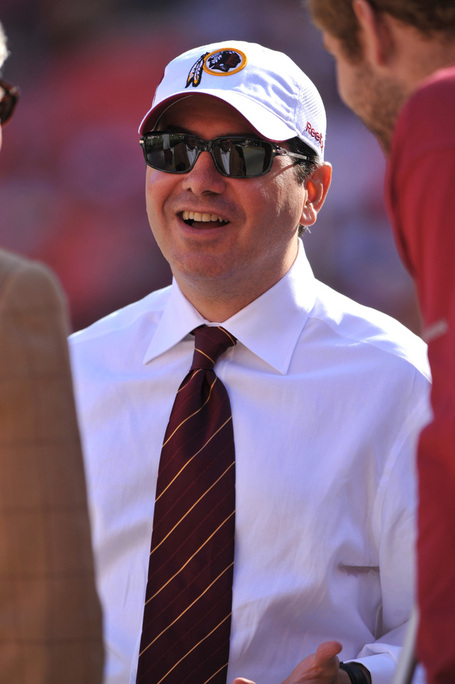