Chain Reactions: A Good Start For The Redskins

In our first edition of the weekly 'Chain Reactions' column, we give some praise to Jim Haslett, note the importance of the preseason and get in on some LeBron James bashing, among other observations.

Share All sharing options for: Chain Reactions: A Good Start For The Redskins

Each Monday will give you observations and thoughts from the weekend that was football on the local front.  This week it is dominated by the Redskins, who got the Mike Shanahan Era off on the right foot.  A word of caution: it is just Week 1. But, last year, 10 of the 12 playoff teams were Week One winners. Please read and feel free to comment below. 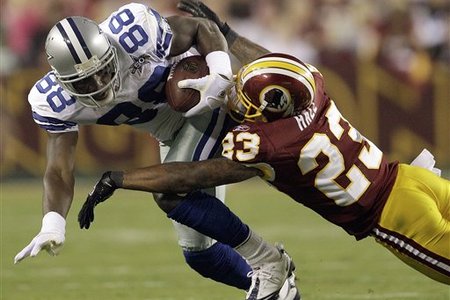 Mike Shanahan and Bruce Allen have gotten most of the headlines, but the the "star" of this new regime in Week 1 was Defensive Coordinator Jim Haslett.

Cowboys Quarterback Tony Romo probably saw cornerback blitzes in his sleep.  Haslett used the entire playbook last night, and it was his unit that clearly won the game for the Redskins. His unit kept the Cowboys in check, giving up just one touchdown.  They got it done without $100 million man Albert Haynesworth making much of a contribution.

Laron Landry looked like the guy the team drafted out of LSU again.

After being lost for a few seasons, mainly because he was playing out of position, he was a tackling machine with 17 last night.  Haslett put him near the line of scrimmage where he operates best.

Brian Orapko was a force.

Sure, he was only credited for two tackles, but he drew three holding penalties, including the game saver.  He was in the backfield all night, and you can see after just one game how he could shine in this scheme.

Sure, at times, he got help, but not as much as I thought he might. The rookie out of Oklahoma continues to make Mike Shanahan look smart for taking him over Russell Okung. 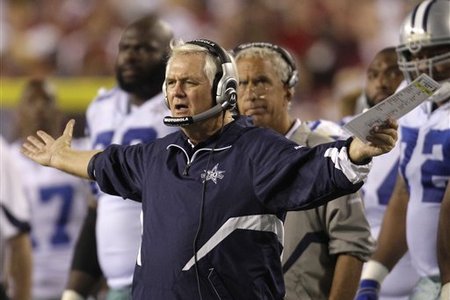 Preseason may in fact matter!

That's right, I said it.  This preseason has been bashed, led by NFL Commissioner Roger Goodell, who is looking to shorten it and make more money. Fans and veteran players have always hated it, but it is a necessary evil, kind of like eating vegtables. Donovan McNabb missed much of preseason while trying to learn a new offense, and it showed.  Dallas stunk the entire preseason, and it showed. Maybe, just maybe, there is something to the "you practice like you play" theory.

The Redskins' offense is a work in progress

There's a big reason too: no third threat. If Chris Cooley or Santana Mossis covered, where can Donovan McNabb go? Anthony Armstrong dropped a touchdown last night, Fred Davis was non-existent, Joey Galloway did what he has for the last few years (nothing) and Devin Thomas is just a kick returner.

The running game encouraged me

Especially late when they needed to kill some clock. Clinton Portis, in particular, found running room for some tough yards. This should get better with repetition. Don't forget: Dallas does have a lot of talent on defense.

Thank you for playing like the Oakland Raiders! Twelve penalties for 91 yards? Many erased big plays? That stupid turnover before the end of the half? Thank you. You have to give the game ball to the Cowboys for this game. Home Super Bowl team?  I certainly did not see that.

Kudos to Maryland and Navy

Both won games that were W's when scheduled, but that's more than we can say for the Virginia Tech Hokies. Yikes!  I am done apologizing for ACC Football, aka the not ready for prime time conference. Way to go JMU! ACC fans, don't worry. Hoops season is just around the corner.

Lebron James, you make it so easy for us to not like you.

You grew up in Akron and your favorite teams are the Yankees and Cowboys. No wonder you joined Dwayne Wade. You have been taking the easy way out your entire life. 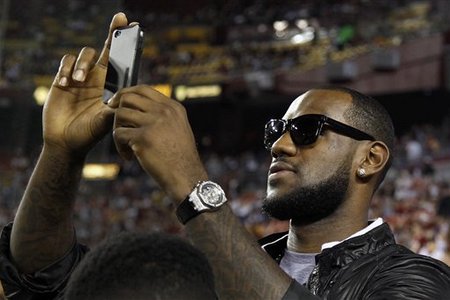