Were The Nationals Really Fair To Rob Dibble?

Rob Dibble is gone, and the MASN broadcasts will be better. But did he get a raw deal?

Share All sharing options for: Were The Nationals Really Fair To Rob Dibble?

Soon after taking the job as MASN's analyst for Nats games, Rob Dibble gave an interview to the Baltimore Sun. He told the paper what he thought he needed to bring to the job:

"I have to be factually correct. I try to be as informative as possible and be as fair and honest as possible."

He didn't meet that standard, and yesterday, the team dumped him.

Let's get the caveats out of the way first.

Rob Dibble is a terrible announcer. He's a worse analyst. That he's no longer doing Nats games means that they're automatically better broadcasts, no matter who his replacement. (Even if his replacement were The Mosquito)

His in-your-face, Poochie-like, all-attitude style was a refreshing change from the droll style of Don Sutton. But as Mr. Dibble's former employer was wont to say, "he just went too far."

He was the fan in the booth. The loud, obnoxious guy sitting one row behind and two seats over whose comments are entertaining for the first two innings, but by the sixth inning and his sixth beer, you just wanna strangle. The team did well, he cheered or grunted. They did poorly, he ripped those bums.

For some people watching at home, that had a real strong appeal. He's one of us!

For others? Ugh. Cretinous meatheadism? Pass. 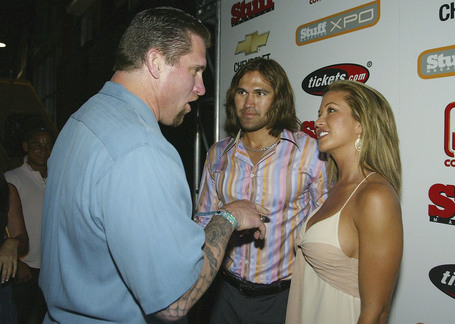 But I feel somewhat conflicted. Dibble stinks, but isn't what the team did to him kind of, well, cheap?

And that's what they got.

So why'd they dump him for being all those things?

If I brought a rabid grizzly bear to my next dinner party, and the bear went on a rampage, mauling everyone in sight, one could hardly be angry at the bear. It's in his nature. Just as it's in Rob Dibble's nature to stick his foot in his mouth from saying something "in your face."

When you hire someone to "tell it like it is" you can't get upset when he does. Even if his definition of "it is" turns out to be different than the way Stephen Strasburg's doctor would say it is.

Dibble's comments on Strasburg, where he urged the pitcher to "suck it up", were stupid even before we knew what had become of the ligaments in Strasburg's elbow. But is stupidity a firing offense? Is the team's management so thin-skinned that some goofus' comments about one of their players means they'd fire him? Perhaps.

On the surface, it seems like a pretty silly move for the team, and there'd probably be a little more of an outcry were Dibble not such an odious personality. The ends, as it turns out, sometimes justify the means. 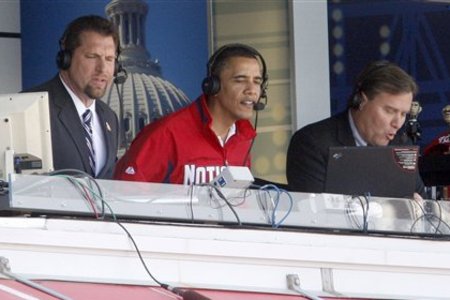 It does make me wonder, however, if there's more to the story. What, if any, role does his XM radio gig have to play with this? Dibble's comments were made on his "other" job, and he later indicated that that's something he'd never say on MASN. Was the team upset with that? Did they feel it was hurting his preparation or accountability with the MASN broadcasts?

What role did his comments about the yacking women behind the plate have? What about his apology then, which sounded good, if you took out the parts where he persecuted his perceived enemies?

Did the team ask him to apologize for the Strasburg comments -- to the pitcher or to the team? If they did, is it possible that he'd have refused?

There are lots of possibilities and unanswered questions in there ... many of which we'll likely never have answers to.

But by his own "factually correct", "informative", and "fair" standard, Dibble failed. So even if he got a raw deal with the specific reasons for the dumping, it was very much deserved for other reasons.

Now you'll have to provide your own grunting.