It's Dallas week, and that means getting your haterade ready. Here are our top five least-favorite Dallas Cowboys of all time. Two of them are in that picture.

You know what Cowgirls' fans hate? When you call their team the Cowgirls. Is it immature? Yeah. Is it petty? Sure. Is it necessary? Well, if you care enough to despise not just a team, but a logo, stadium, owner, history, and fanbase, then yeah, it's necessary.

Making lists like these reminds me of the scene in Billy Madison when Steve Buscemi's character revises his "People to Kill" list before putting on cherry red lipstick. While these are hardly people I want to kill, the truth is I have spent plenty of time and energy disliking the following former Cowgirls. To be fair, I don't really like any player that ever wore the star. So to make this list, I considered not only how much I despised a particular player, but also how relieved I might be to not have to face that player again. 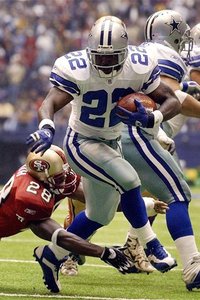 He was a great running back. I said it. I'm not a moron. He played hurt, he showed up every week and he was beyond productive. Nobody is questioning his talent on the field. And I understand why Cowgirls fans love this guy so much.

Emmitt Smith relished beating the Redskins, partly because he sincerely disliked Dan Snyder, and partly because he fed off of our collective hatred for him (OK ... hatred is such a strong word, but my thesaurus is on the fritz). In addition to ruining my Sundays with his game-breaking abilities, Smith ruined a recent night of mine while down in Canton. The dude went on for over 20 minutes in his Hall of Fame acceptance speech. I mean, it went on forever! All I heard after the ceremony was how impressed people were that he had memorized the whole thing. Isn't that just a nice way of saying you think someone is an idiot? Which, by the way, is what anyone who has ever watched Emmitt Smith on TV thinks of Emmitt Smith.

Thee's no turning back now. 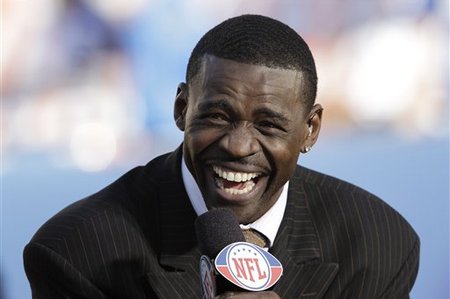 How do you decide who to dislike more between a running back who openly taunts you and your fellow fans and a coked up wide receiver that seemed to believe (at least for a period of time) that he was above every rule ever written by anyone ... EVER?

What's worse is I have to chomp down on yet another turd sandwich and give the dude all kinds of credit for what he did on the field. By all accounts, he worked hard on the practice field, and on Sundays, he came up big. What's not to like about a guy who regularly came to practice hungover, yet battled to shine in individual drills to set an example for his teammates (aside from the example he set at the now infamous "White House")?

I'll tell you ... he was a "Dallas" guy. He embodied that glitzy, glammy, "I can do whatever I want because I have the star on the side of my helmet" attitude. He was all smiles at all times, seemingly rubbing everyone's faces in the fact that he was "getting away" with anything he wanted. And when things started catching up with him, he paid a relatively small price, but he has come out rather clean hasn't he? Good for him, I guess.

Still, seeing Smith and Irvin enjoy so much success wearing the star for all those years was a sickening experience. And yes, I do remember all those catches he made against Darrell Green. Jesus ... it looked like Irvin was being covered by his kid brother. That infuriated me too. Irvin and Smith are as easy to loathe as they are to love. And the loathing came very easy for me. 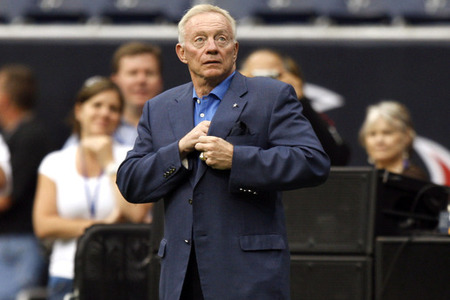 Yes ... he counts. I can't stand him either. His multiple plastic surgeries have left behind a face that is surely used in North Korean propaganda campaigns. Is there a more appropriate face to employ as the poster child for American evil?

Setting aside for a moment his championships, his success both on and off the field, and his uncanny ability to run an honest-to-god football organization despite the very real possibility he is a raving lunatic, Jerry Jones is the perfect ringleader for the circus in Dallas. He is hatable, he doesn't care what you think, and the mere thought of him induces the kind of nausea normally associated with a jackhammer to the nads. 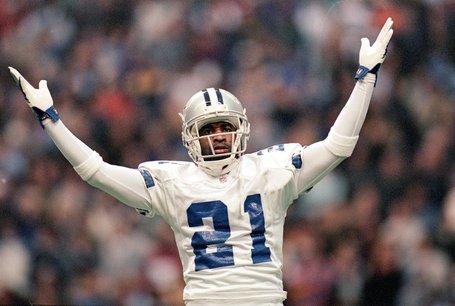 I hated when he came here. And yes, coming from me, that's a ridiculous statement.

Allow me to explain. The following things made me optimistic:

Yet when we signed Deion Sanders for the 2000 season, I was heartbroken. This was the signing that fully opened my eyes to the idiocy that was Dan Snyder in 2000. How could a Redskins fan---that is what Snyder called himself---bring in this jerk? He was not here to make our franchise better. He was not here to win a Super Bowl. He was here for the dough. Snyder stroked him a huge check and he played one underwhelming year for us, then retired to avoid Marty Schottenheimer's training camp. That is a fact, by the way. 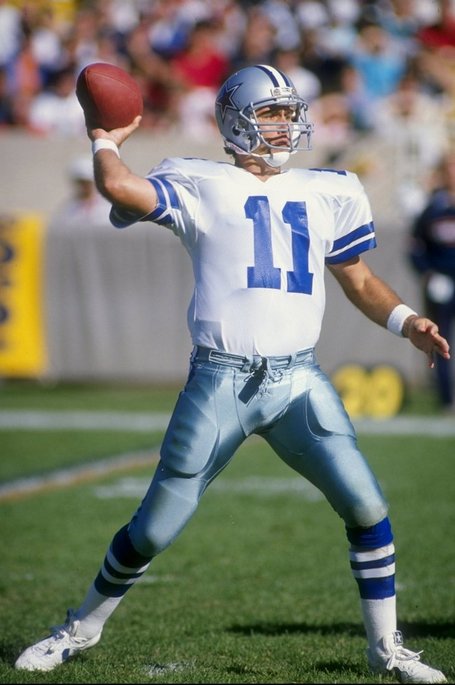 He was the first Cowgirls quarterback I remember. As such, he was the face of everything I stood against as a young Redskins fan. Though I was only six at the time, I will always remember White getting knocked out by Dexter Manley in the NFC Championship game January 1983. Maybe his offensive line let Dexter through because Danny White publicly sided with ownership during the players strike in 1982! When I recently spoke to Dexter, he got very animated as he told me that he made Danny White cry. Awesome.