Things are getting weird on Fun Street. In a tweet, actual DC celebrity and Washington Capital John Carlson tweeted his excitement that fake celebrity Snooki was in attendance at the UFC Live 6 event.

To further get your Snooki on, including a pic, take the jump.

Below is the pic I promised. Thanks to @AriannyCeleste for the picture. 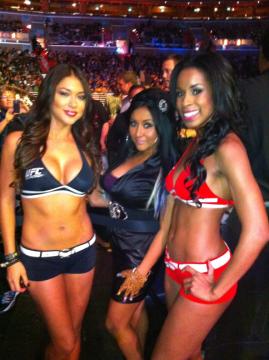 Also, because I am doing the community a service here, Snooki, publisher of books and seller of souls, would prefer to be called Nicole.