The Military Bowl is among the most random of all the many random college football bowl games that get played in December and January. It's played at a downtrodden stadium between two mediocre teams during a weekday afternoon, usually on a day with bad weather. What's one solution to all of these problems? A new mascot, apparently.

Well, I guess you'd call this thing a mascot. 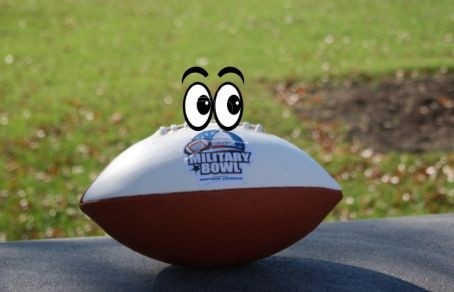 Meet Sgt. Stripes, a football with googly eyes that looked like they've been photoshopped on. The name was apparently selected from more than 300 submitted by Northrop Guman, one of the bowl game's sponsors, which makes me scared to see some of the other proposed names. Sgt. Stripes will apparently be used in photoshoots, on the Military Bowl's Facebook page and on his own Twitter account. 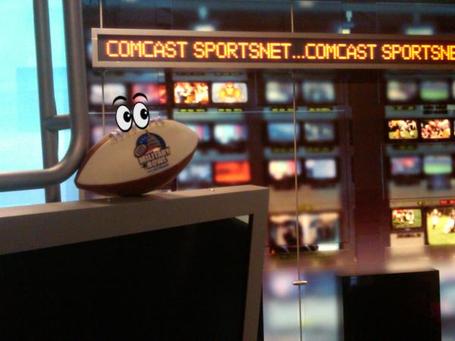 I can't wait to see which media member is granted the first interview with Sgt. Stripes. Should be riveting.