Not only was U.S. President Barack Obama present for the 2011 Army-Navy Game at FedEx Field on Saturday, he also figured prominently in the proceedings. Obama was the man who was asked to initiate the coin toss, and he was also on the sidelines prior to the game talking to the two teams. He'll spend one half on the Navy sidelines and the other half on the Army sidelines.

In addition to all of that, he also joined Verne Lundquist and Gary Donaldson in the CBS broadcast booth to break it all down. All in a day's work for Obama. This is what happens when the active U.S. president attends a game at FedEx Field for the first time ever.

Here are some Obama shots for your viewing pleasure. He's been busy, but he's clearly having fun. 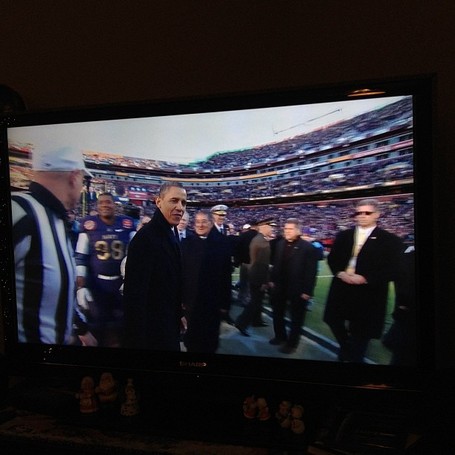 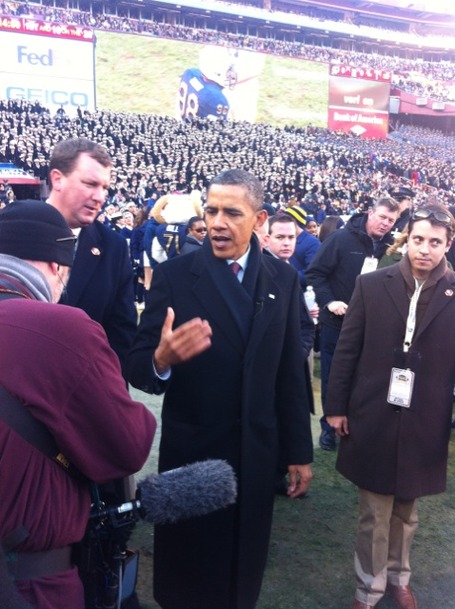 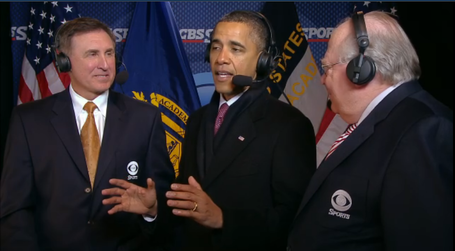 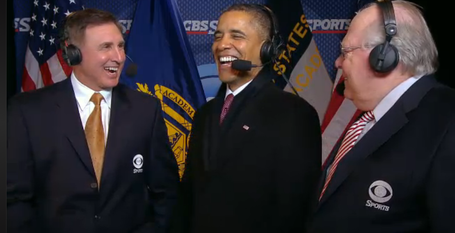 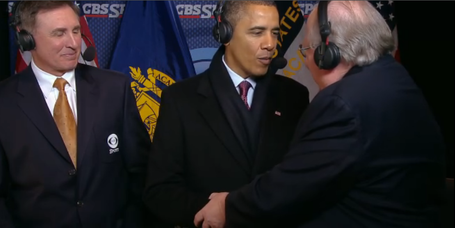