As we mentioned earlier, as part of the lead-up to the 2011 Army-Navy Game at FedEx Field on Saturday, December 10, Georgetown Cupcake is releasing limited-edition cupcakes with the logos of both schools. They'll be conducting a week-long contest, and the cupcake which sells the most will be called out at the gala right before the game. Can't say I expected a company like Georgetown Cupcake to get in on Army-Navy madness, but there you go.

Anyway, you're probably wondering the same thing I was when I first heard of the news: what do these cupcakes actually look like? Now, we know. Brian Tinsman of the official Redskins blog was able to get a couple pictures of them. Those photos are reprinted here with permission below the jump. 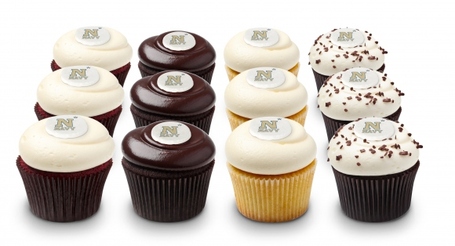 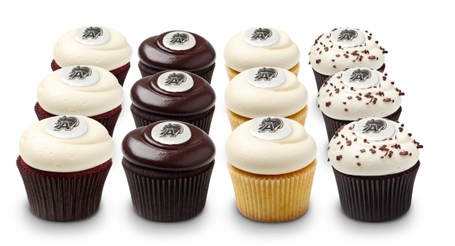 They kind of look the same to me, though I wouldn't exactly call myself a cupcake connoisseur.

For more on the 2011 Army-Navy Game, visit that StoryStream.