Army-Navy Game 2011: Your Reminder That Navy Is Wearing Pro-Combat Uniforms

Share All sharing options for: Army-Navy Game 2011: Your Reminder That Navy Is Wearing Pro-Combat Uniforms

Saturday's showdown between the Navy Midshipmen (4-7) and Army Black Knights (3-8) may lack some excitement, given the records of the teams involved, but it's still a big event, the latest installment in the Army-Navy rivalry spanning 100 years. As you may remember from September, Navy will wear special Nike Pro Combat uniforms, which Nike designed exclusively for Saturday's contest.

The uniforms are, as one might expect, Navy blue, but feature some unique design elements to make them stand out. The intricate anchor emblem on the neck, which matches the logo on the helmet, is one. The simplicity of the gold numbers and lettering is another. The inside collar reads, "Don't Tread On Me," while the receiving gloves form an anchor pattern when arranged thusly: 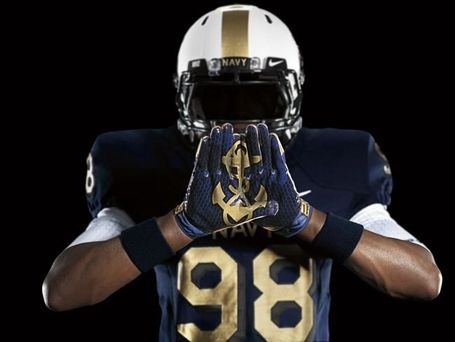 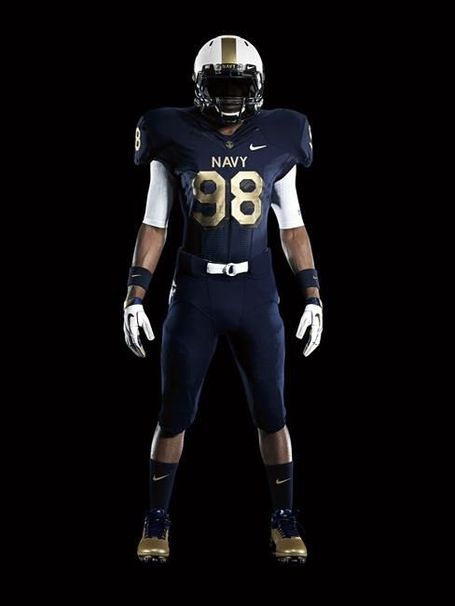 Nike even made a trailer of sorts to showcase the uniforms and their features, both aesthetic and technical. Check it out below:

The 112th game between Army and Navy kicks off this Saturday, Dec. 10, at 2:30 PM at FedExField. CBS will have the national telecast. Please visit this StoryStream for more coverage of the 2011 Army-Navy Game.