PHOTO: Bill Russell Receives The Medal Of Honor At The White House

Share All sharing options for: PHOTO: Bill Russell Receives The Medal Of Honor At The White House 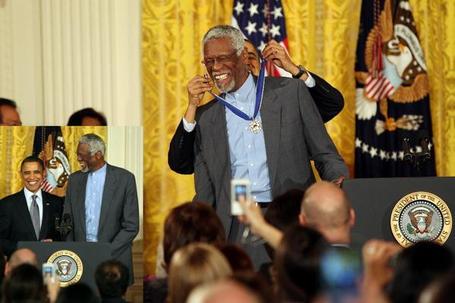 Bill Russell, the Celtics legend, received the Medal of Freedom at the White House today, along with former Cardinals outfielder Stan Musial, Yo-Yo Ma, Jean Kennedy Smith and a number of others. Here's Russell accepting his medal from president Barack Obama. The award is presented to civilians for being "the best of who we are and who we aspire to be."