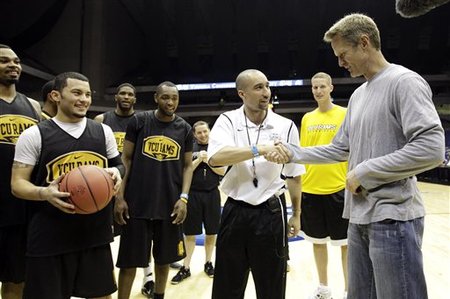 When the going is good for VCU, the going has been good. After rolling over three power conference teams to get to the Sweet 16, it's clear the Rams' hot shooting still hasn't gone away. How else do you explain guard Joey Rodriguez beating Steve Kerr, who will call the game for TBS, in a post-practice three-point shooting contest on Thursday?

It was time for a 3-point contest, Kerr against Rodriguez.

There weren't a ton of people in the stands for VCU's practice, but everyone there was watching the good-natured showdown. "I thought for sure Steve would win because he's the best shooter I've ever seen," Smart said. "But Joey stepped in there and knocked them in."

In the end, Rodriguez hit eight of his 10 threes, while Kerr hit just six of 10. That's impressive.

Alright, so Kerr probably lost because he hadn't been given a chance to warm up, whereas Rodriguez was in rhythm. Kerr was also in jeans and a sweater, while Rodriguez was in his jersey and shorts. But still, we're talking about someone beating arguably the best three-point shooter of all time in a shooting contest. That's a pretty good omen before Friday's game against Florida State. 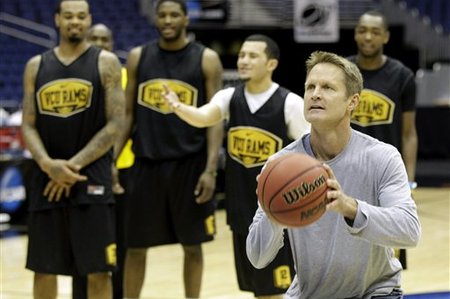 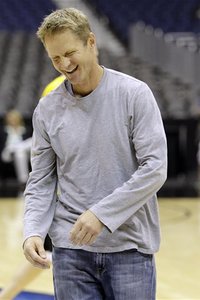