VCU Advances To 2011 Final Four, And Kansas Fans Are Sad

Share All sharing options for: VCU Advances To 2011 Final Four, And Kansas Fans Are Sad

There will be plenty of time for us to commemorate VCU's remarkable accomplishment in advancing to the 2011 Final Four. It truly was an incredible accomplishment, one that may even be more shocking than what George Mason did from the same spot five years ago.

But first, let's remember that there was another team with another fanbase that did not win the game. As jubilant as VCU fans were to win, Kansas fans were just as devastated to lose. The Jayhawks were a No. 1 seed in each of the last two years, and they instead lost to Northern Iowa and VCU. Sure, the Jayhawks have a championship recently, but that's still a bitter pill to swallow.

So, Jayhawks fans, this post is for you. Don't worry about being sad. Being sad is natural. Your team had an off night shooting and ran into the VCU buzzsaw. It's rough. Don't be afraid to react in a similar matter to the fans below the jump. 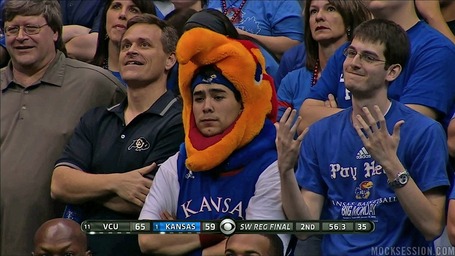 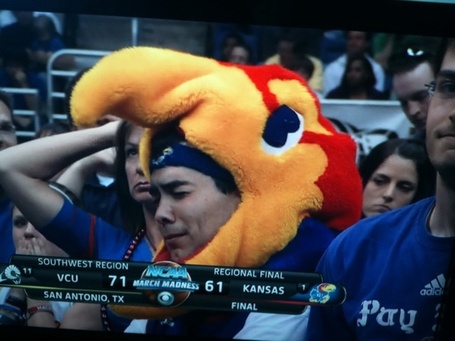 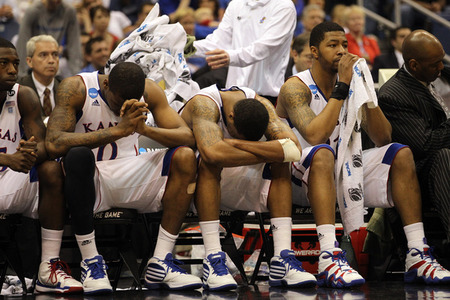