The Washington Nationals beat the Chicago Cubs, 5-4, on Wednesday night because Wilson Ramos successfully executed a squeeze play to get Michael Morse to score the go-ahead run. The video above is of said play. As you can see, Ramos did an excellent job getting the bunt down, and Morse scored easily.

What you may have missed, though, is that the Nationals tried the same exact maneuver two pitches earlier. The only problem is that Ramos didn't get the sign.

Fast-forward to the one-minute mark of this video, and you'll see what I mean. Morse begins running home, but Ramos is swinging away. If Ramos swings and misses, Morse gets clobbered at the plate. Luckily, Ramos fouled the ball off, and the Nationals dodged a bullet. Two plays later, they successfully executed what Davey Johnson said was the first suicide squeeze bunt of his managerial career.

Nationals Enquirer has some screenshots. Here are a bunch more as well. 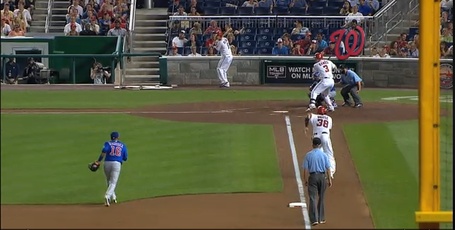 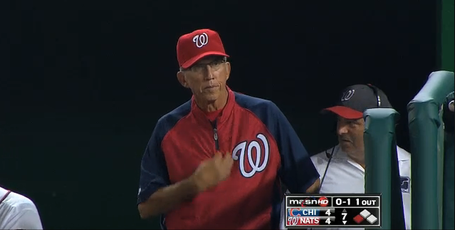 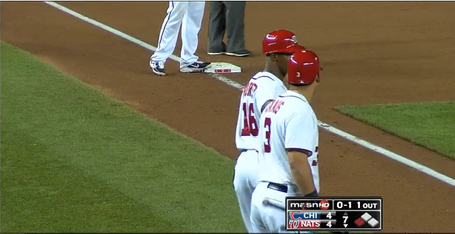