Here they are, folks: your new Maryland football jerseys. The Terps unveiled four different colors for both the jerseys and the pants: yellow, black, white and red. That's 16 different combinations. Here is a picture of some of tops in the same shot, along with coach Randy Edsall. 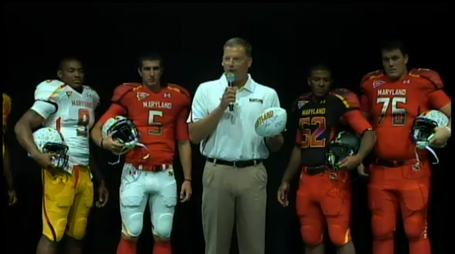 Here is a photo of eight of the 16 combinations, via UMTerps.com: It also appears there is no logo on the helmets, which really is interesting. 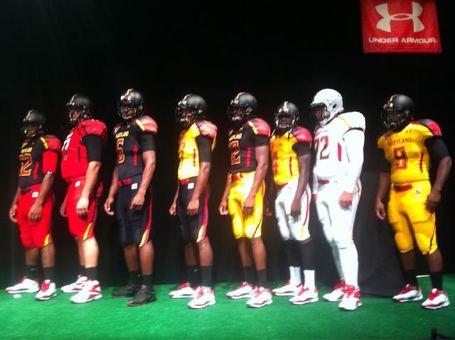 The Terps have been sponsored by Under Armour for several years, and this uniform had been in the works for that entire time. Under Armour CEO Kevin Plank is a major donator to the program and spoke at the ceremony. The new uniforms will not have player names on the back, a decision new coach Randy Edsall made in an attempt to trumped the program over any individual player.