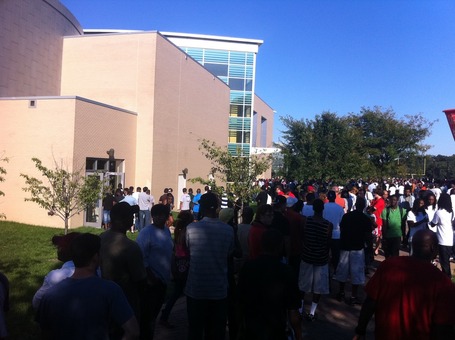 Remember when there was that ticket fiasco before the August 20 Goodman League vs. Drew League exhibition game on August 20? Based on the picture above, it looks like Tuesday's D.C. vs. Baltimore exhibition, featuring LeBron James, Chris Paul, Kevin Durant, Carmelo Anthony and others, may end up having a similar fate.

Well, not exactly the same, since nobody already bought tickets, but there will definitely be plenty of people who will not be allowed into the Morgan State gym, which holds only 4,500 people.

Since the game isn't televised, that means there will only be a select few people who will be able to actually see the action. It's really not that big of a surprise, of course. We're in the midst of a lockout, after all, and it's not every day that four of the top 15 players in the league (arguably) are in town. Still, seeing all those people waiting outside is kind of jarring.

(Photos via SBNation.com's Andrew Sharp, who did manage to secure a ticket). 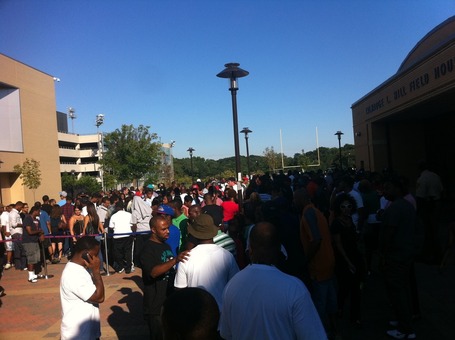