That day, Ovechkin's Russian team defeated Alzner's Canadian team in the World Junior Championships. During Thursday's practice at Kettler Capitals Iceplex, the context of Ovechkin's tweet was revealed. Find out below the jump. 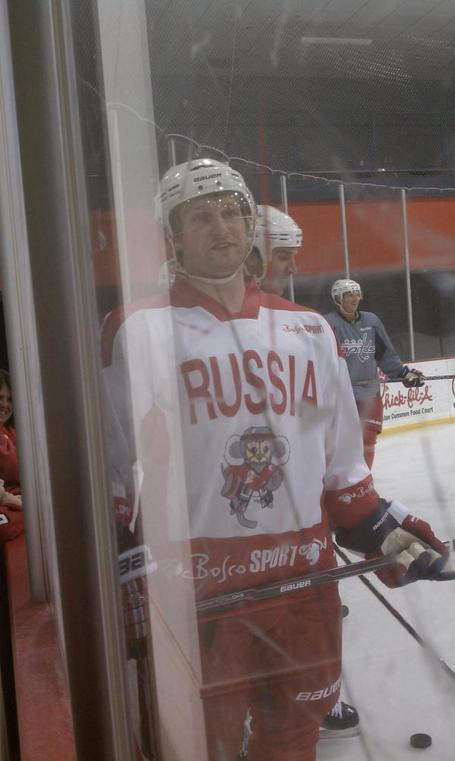 Alzner and Ovechkin bet on the outcome of Tuesday's game, which Russia won 6-5. Thursday, Alzner spent the hour-long practice in a Russia jersey.

"It was the worst morning of my life," Alzner said. "I'm a man of my word and that was the bet that me and Ovi had made, so I had to wear the jersey. The coaches didn't really help me out at all. I asked if I could only wear it for the first couple drills and they said, 'Hey, whatever the bet is, you have to do it.' It sucked."

For more on the Capitals, visit Japers' Rink.