Photo: Maryland to break out the black against Georgia Tech

Maryland will break out the black Military Appreciation Day uniforms Saturday against the Yellow Jackets.

Share All sharing options for: Photo: Maryland to break out the black against Georgia Tech

At this point, the emotions that one feels on observing Maryland's football uniforms come very close to ennui. Now that everyone's made every joke they possibly can and (presumably) given themselves a thorough grounding on the Barons Baltimore and their trademark arms, the temptation is to move on to other fodder.

And then, Maryland decides to break out the black Military Appreciation Day uniforms for the first time, and so we have to do this all over again. 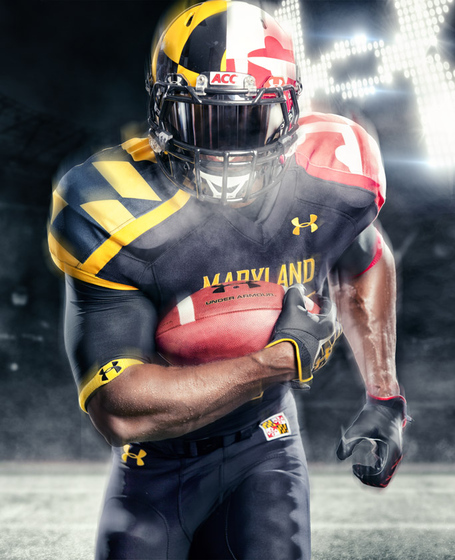 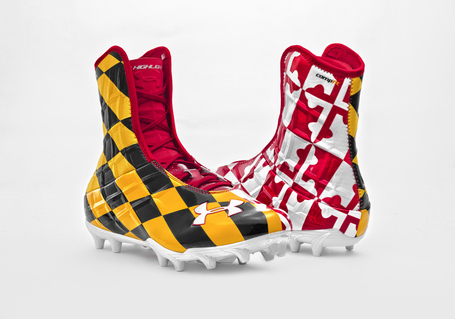 The high-topped cleats are an interesting touch. Sort of puts us in mind of the apparel donned by the New York Football Giants (as they were then known) in the 1934 NFL Championship Game, aka The Sneaker Game. Thankfully, the weather forecast for Saturday in College Park doesn't call for conditions to be quite so extreme.

Cue the wags saying that Maryland's black uniforms are a gesture of mourning for their fallen quarterbacks now.