The Hokies unveil their helmets for the Dec. 28 bowl game against Rutgers.

Cast your minds back to August for a moment, when Virginia Tech unveiled their three helmets that they would wear at various points during the season. You might recall that Virginia Tech QB Logan Thomas took to Twitter to say that the Hokies' special white helmets were "so ugly."

The Virginia Tech Football Equipment Room Tweeted out a picture of the helmets earlier Wednesday, and, well ... 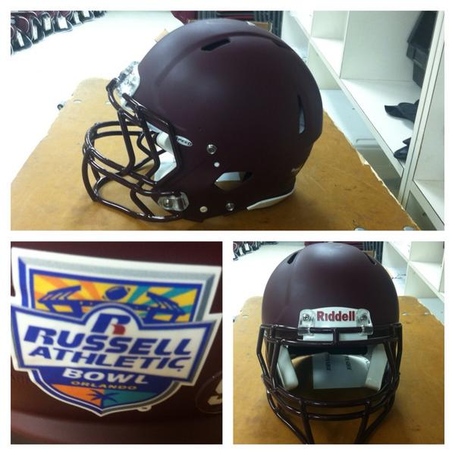 Thank God the bowl decal is there to add a small splash of color to it. Not to be flip about it, but Virginia Tech's matte maroon looks a lot like the rest of the world's brown. We still liked the white turkey track helmets better.