PHOTO: Stephen Strasburg Gets In A Round Of Golf At Trump National Before Pitchers And Catchers Report

Share All sharing options for: PHOTO: Stephen Strasburg Gets In A Round Of Golf At Trump National Before Pitchers And Catchers Report

With just one week to go before pitchers and catchers report, Washington Nationals ace starter Stephen Strasburg hit the links in Southern California this weekend. Strasburg played at Trump National in Los Angeles and tweeted out a picture of himself putting out.

With so many famous athletes playing up north this weekend, maybe Strasburg's game will round into form for an invite to the AT&T Pebble Beach Pro-Am this time next year. San Francisco Giants ace Matt Cain was bombing drives 340 plus yards yesterday at Pebble, so there's plenty of room for Strasburg to take a step up from Trump to the Monterrey Peninsula.

Photo of Strasburg after the jump. 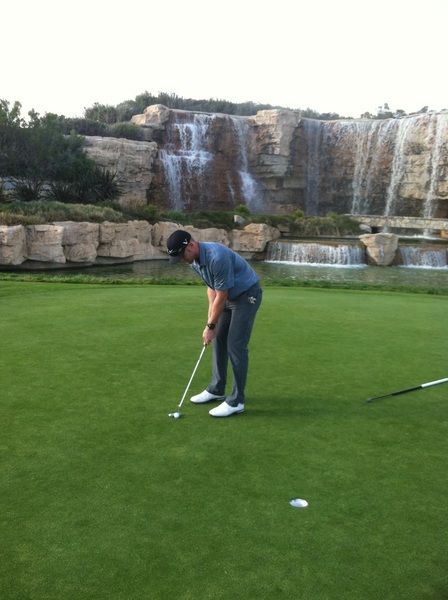 For more news, analysis, and discussion on the Washington Nationals, visit Federal Baseball, SB Nation's Nats blog. As spring training approaches, be sure to follow along at Baseball Nation for all your baseball news.