After being benched by head coach Randy Wittman for the entire second half of Tuesday's 119-118 loss to the Milwaukee Bucks, JaVale McGee played 16 minutes off the bench Wednesday night, scoring nine points, grabbing six rebounds, blocking one shot, and uttering one quote of the night when he was asked if he had received the message his coach was supposedly trying to send in Milwaukee.

Via Mike Prada, among others:

JaVale McGee on if he "understands" Randy Wittman's message: "I can't say I do, but I'm sure I'll figure it out sooner or later."

There's no joke I can possibly make that'll be as good as the one in your head, so I won't even try.

Inevitably, everybody in the Wiz-osphere lined up to take shots at McGee, particularly the mad genius who's behind @wzzntzz. And then came the customized jerseys, like this one, courtesy of @realjimfranck: 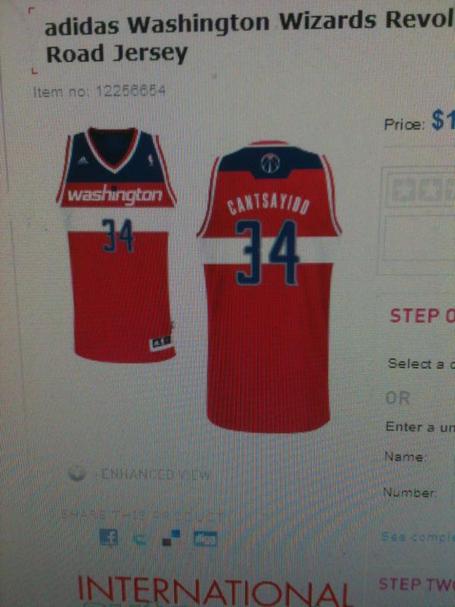 God, we hope that "1" is the second digit of the dollar amount, and not the third.

Magic Vs. Wizards: Washington Battles, But Comes Up Short, 102-95